Writing by Julia Banks // Photograph by Lais Azevedo // It wasn’t a conscious effort, or a choice, it just happened, because we’re conditioned to feel that bigger equals worse, heavier equals uglier, and that fat gain is always unwanted and should always be attempted to be lost. 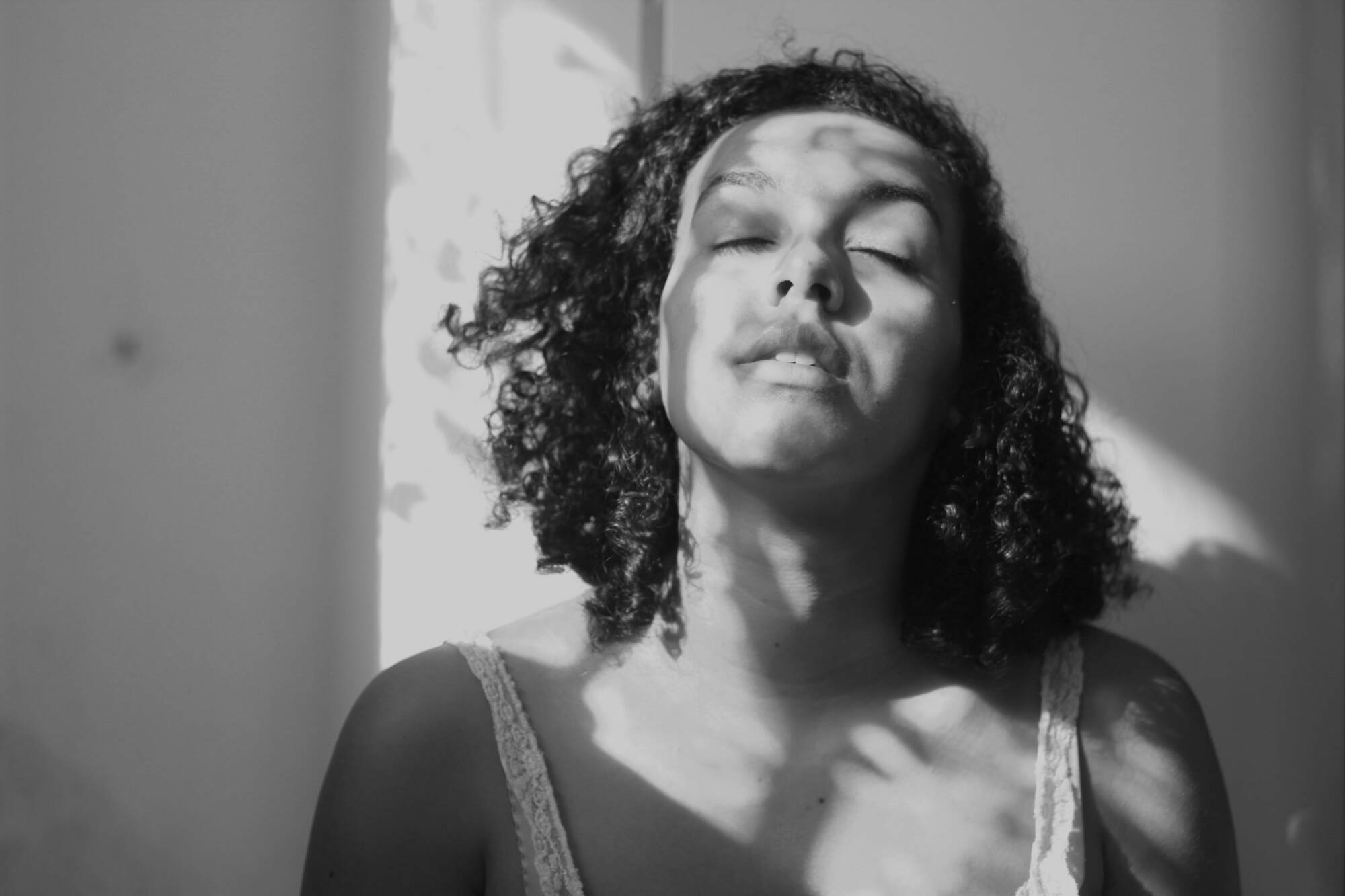 I’m the heaviest I’ve ever been.

We’re only talking five or so kilos more since I left home almost three months ago to backpack Europe, but this is difficult for me to admit. It’s strange fitting into a body I’ve never had before; one where the weight shows obviously on my figure – at least in my eyes. This is because it feels physically different, which is odd, but also because I cannot help but see my body as worse than before; as having been better when I was thin, as more desirable, and it’s a feeling I’ve not experienced before.

It’s happened due to a few factors. I’m less active than I was in Melbourne to begin with, my diet hasn’t changed astronomically – I know how to eat well, and my European food indulgences are probably on par with the amount of fast food I ate in Melbourne anyway. But I’ve only been eating two big meals a day for the most part; I’m often hungry as food isn’t always available or affordable when I’m out and about or it’s 11pm in the hostel and I realise I haven’t eaten since 2pm and everything’s shut. Oh, and how could I forget the beer. It’s crazy fucking cheap here.

Anyway, my body is retaining fat (for the most part, but also the beer) as a survival mechanism, which is normal, healthy, and means it’s working properly. To be honest, I cannot help but hate the way it looks. It’s an ugly feeling to be able to comprehend so logically that the way I feel is a result of a societal construct, and that the way I look actually doesn’t matter – especially a mere difference of five kilos – yet to still hate it?

It’s not a feeling I understand, because to look the same way my whole life only with the addition of boobs in my teens, and then to have it all change in a matter of months, is weird. It’s weird and it’s scary. But it’s only that way because I automatically began to dislike it, almost overnight. It wasn’t a conscious effort, or a choice, it just happened, because we’re conditioned to feel that bigger equals worse, heavier equals uglier, and that fat gain is always unwanted and should always be attempted to be lost.

I feel bad about the matter on two levels: the first being that it means I’ve lost the level of fitness I was at because I’m exercising less, and that would suck for anyone. The latter being the way I look and how I am conditioned to perceive it as worse than how I looked two months ago. This perception, rationally, I know is not true. I am not less desirable or worthy or beautiful because I am heavier. But I cannot stop this voice in my head that screams, but you shouldn’t look like this. You used to be perfect. I know this is ridiculous. There is no perfect body. Except the one we are all trying to be convinced it is. This is why I never had reason to dislike my body because it fit perfectly into the mould of what we’re force fed is the “right” body. It’s actually quite clever, how the media does this. They see things everyone has or inevitably will experience like stretch marks, cellulite, wrinkles, pimples, thighs that touch, fat gathered around your tummy and hips, parts of your body that jiggle when you run and sunspots.hey then convince us these are all undesirable, disgusting, ugly, and sell us products to fix them, sell us images and lifestyles that are wholly unachievable and unmaintainable. It’s bullshit, and it works. It’s really all completely fucking arbitrary, when you think about it. Kilos around your waist mean nothing, wrinkles mean nothing, saggy tits means absolutely fucking NOTHING. Until we’re in the mindset that they do. And then we start hating the things are we told to hate, buying the products we are told to buy, writing articles about how we don’t like the way we look because we dared to have gained weight! Essentially, I used to have the body that was pitched as the ideal one to sell these products.

Now I don’t, and it’s damaged my ego and confidence in a strangely strong way. I used to think I wouldn’t care if I gained weight. I valued health over appearance and arrogantly told my friends they should feel the same when they were experiencing their own body image issues – as long as you are healthy, the way you look doesn’t matter. Which is true, and I happily spewed this self love bullshit because I never really experienced the deep dislike for my body the way they tried to explain they were feeling. It was easy for me to preach, but now hypocritical for me even admit to once saying. But I don’t feel less healthy. I feel the exact same as before I left. And that’s what matters. I know I’ll look back years from now and see photos and really regret worrying so much about it. I’ll look back and see a healthy, beautiful body that I’ll wish I spent time appreciating instead of hating. I even know I probably won’t see a difference between the body I have now and the one I did before I left – even though the body I have now would be considered a “before” in a Kayla Itsines promotion on instagram.

But fuck that. Fuck those ideals that you’re worth more if you’re thin, fuck the way I’m looking back on photos with nostalgia from when I was fifteen and tiny and really didn’t even have boobs. Because fuck it – I’ve gained weight. I’ve gained fat. It’s around my stomach and my waist, there’s more cellulite on my ass and my legs, my love handles are bigger, my thigh gap’s gone. Sounds scary, doesn’t it? Because they’re all the things I’ve been conditioned to believe don’t belong on my body. Things to diminish my worth. Make others value me less. But gaining weight should not be a sentence you whisper at a low volume, one you express to your friends with a grimace, one you write in your diary as if it’s the end of the world. I’ve gained weight, and it is what it is. I’m healthy. I’m happy. I’m worthy. So I’m hoping putting this article out here will push me to rebuild the relationship I have with my body,and accept the words of self love I gave to my friends (albeit hypocritically) through the years. That I’ll soon again know that I’m fine. That I’m more than enough.