Dear White Men Of The Internet , I Don’t Hate You, But I Won’t Keep Apologising

Home » Dear White Men Of The Internet , I Don’t Hate You, But I Won’t Keep Apologising

Writing by Sarah-Jane Cavendish // Photograph by Sandra Lazzarini // Here’s the thing — by not including you in activism designed to support minorities we are not attacking you. We are simply leaving you out of something that you do not need. You should be grateful to be left off this list — what it means is that society recognises you enough on a daily bases that people don’t need to write post supporting your cause. 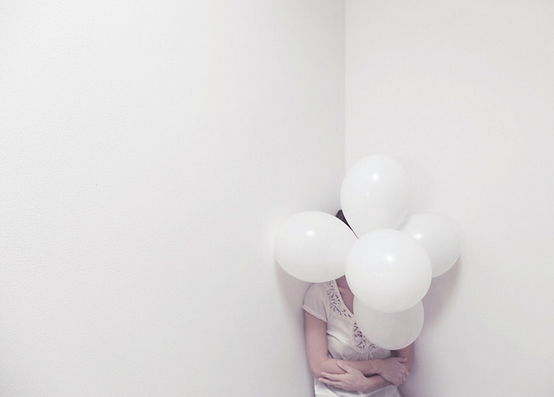 My alarm goes off and before I even take my head off the pillow, blurry eyed I reach for my phone to check my social media (I’m 30 and I live in 2018 so er…obviously) I scroll through my Instagram and stop on the following post:

I click the little red heart in the left hand corner. As I do I notice that the post has generated over 180 comments — ’brilliant’, I think — 180 like minded people giving this the digital thumbs up….

How naive I was.

Comment number 3: “so you love me even if I am a white straight privileged girl?”

Comment number 10: “Nobody likes white people, lol I find it funny you just “happen” to leave them out. also Trumps wall will have solar panels for solar energy, are you now for coal and shit, because the wall? Lol”

This is not the first time I have seen comments like these in response to a post supporting minorities.

While I love what the positive corners of social media have become; a platform connecting a global community in ways we could have never imagined, offering a voice to the once voiceless and a window into the world’s injustices, it has also become a scary and hostile place.

For those of us who dare to raise our heads above the social media parapet to speak our minds and share information on topics we feel passionately about, such as; inequality, racism, Black lives matter, feminism, sexism (the list goes on) we better be ready for the backlash.

WARNING: Your comment feed is about to become a socially political opinionated diatribe of insults, accusations and the occasional (sometimes not so occasional) threat.

As an ex philosophy and law student I love a good debate, and I don’t wish to live my online life in an echo chamber of agreement and praise. If you have a counter argument to my argument I am happy to hear it. And I am more than happy to have my mind changed with evidence and persuasive discourse.

But let’s be honest, this is not what any of this is.

Personally I’m bored of sugar coating everything I say in an attempt to include those that are in every other possible definition of the word included. So I am going to be blunt, and I make no apologies for it.

Comments like those above are not an attempt at open debate, they do not present a counter argument, they are not reasoned. They are in fact nothing more than the infantile whingeing of a group of people who have likely never experienced genuine exclusion or discrimination of any kind. They are throwing their toys out of the pram because they have not been included in a particular list of minorities whom the writer wants to promote, uplift and protect.

Let’s be clear — the post is in no way (that I can see) anti-white, anti-straight or anti male (gender is literally not even mentioned) and therefore needs no disclaimer to highlight this fact. To expect one is just as ridiculous as suggesting a sandwich should be labeled “ham sandwich — this sandwich is not a bus”.

Here’s the thing — by not including you in activism designed to support minorities we are not attacking you. We are simply leaving you out of something that you do not need. You should be grateful to be left off this list — what it means is that society recognises you enough on a daily bases that people don’t need to write post supporting your cause.

I want to talk a bit about posting about feminism on social media as this is a cause that is particularly close to my heart . I have listened to, and responded to more comments, questions and accusations than I would care to count.

Yes I understand that you find the term “feminism” is alienating because you believe it means something other than what it does. And yes it might be easier to just change the name to “humanism” (#missingthepoint). And yes I understand that women can be sexist towards men as well. Yes I know that not all men are sexist. Yes I did see the article about men not being able to wear shorts in the office when it’s hot. Yes I am aware that you personally might not be sexist. And yes I think it is important not to alienate men when discussing women’s rights (!?). I have taken all of these comments and suggestions on board, and for a while I tried to think of creative ways to include all those, who like these commentators, felt left out and victimised by my beliefs. And I do honestly believe (as every proper feminist will) that feminism is not just about women, and that men too will benefit from genuine equality from the sexes.

But then I stopped.

Because you know what — I’m tired. I’m tired of having to caveat everything I say in support of women and minorities with “but don’t worry I don’t hate men” and “I really don’t hate white men” because I don’t!

By lifting up and supporting one group I am not putting down another — and this continued presumption is irritating and absurd.

And you know what, white men of the internet — actually there are still a hell of a lot of things that are wrong in this world, and you still exist as the globally dominate group — so stop complaining, if you want to be included start being inclusive, if you want to be treated fairly, start working towards making a world that is fare.

It’s not enough to just not be a racist, become an anti-racist. It’s not enough to say you love women — if you love us, start fighting in our corner — start calling out your friends when they make sexist comments, start questioning your boss as to why he isn’t paying your female co-worker the same as you.

Yes I understand that you might not directly be responsible for any of the inequalities of the world — but stating that over and over again isn’t going to make the world a better place.

If you don’t like my approach please suggest a better one — rather than just leaving irritating comments on my posts.

If you want to engage me in a sensible conversation or debate I am all yours, but this is the last time I am going to explain myself or feminism to any of these online commentators.

Taking His Name: The History and Where We Are Now