Writing by Maria Emrides // Illustration by Freya Bennett // Intimacy isn’t just skin to skin contact, it’s sharing part of yourself and your energy and all of those things deserve to be mirrored by someone who values connection in the same way you do. So take the time to define what it means to you first, and let it be worth waiting for. 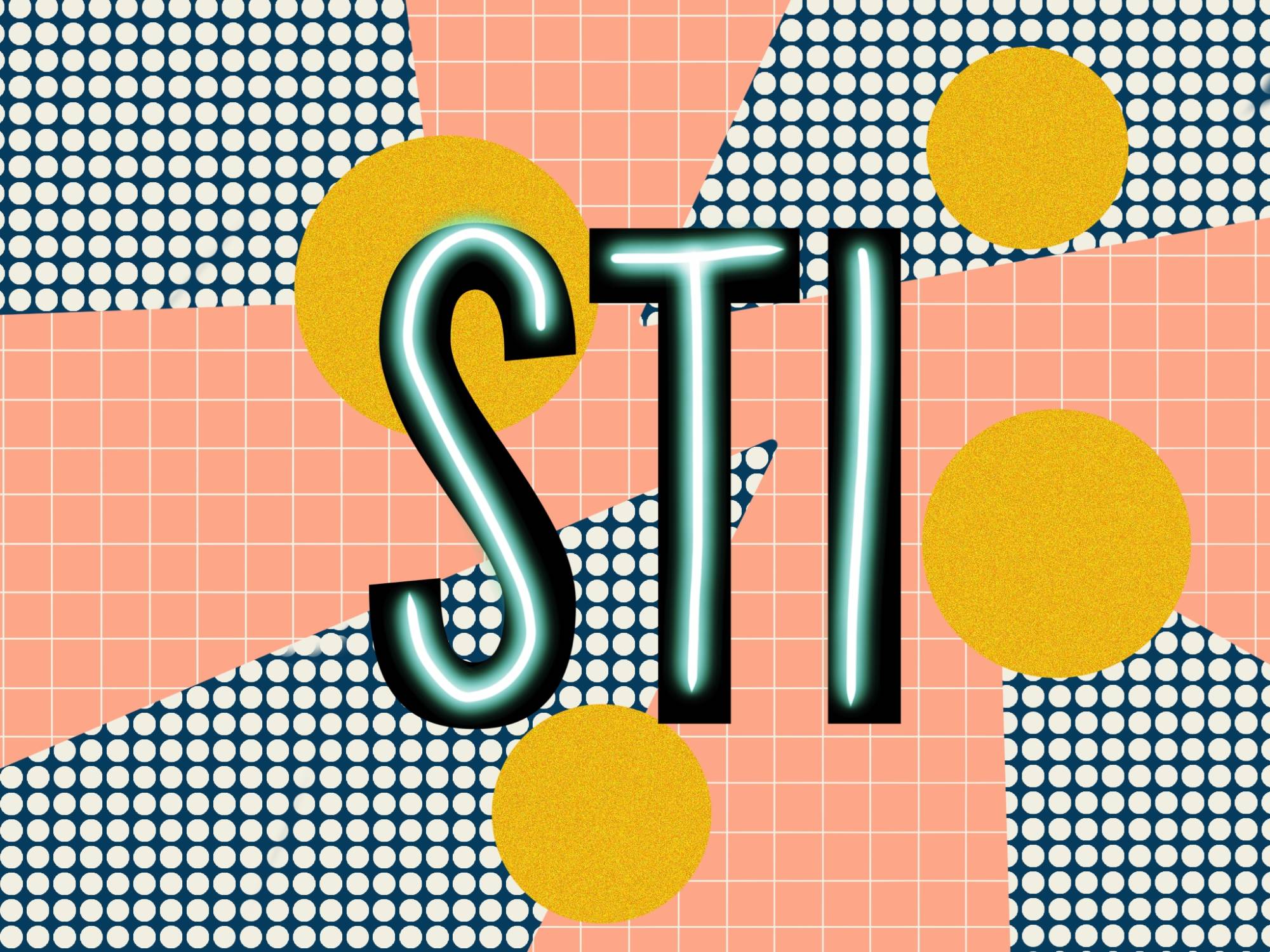 When I first wrote this back in April, I felt strong and courageous. I was ready to shed the final layer of this thing and put it out into the world, not only allowing it to become a catharsis to my healing, but also and most importantly, a tool to help others make their own informed decisions around intimacy.

But, my ego got in the way and so did a little thing called “fear”. After Freya the lovely Editor of Ramona took the time to edit and illustrate this piece, I freaked the hell out and asked her to remove it (naturally).

I didn’t feel so strong anymore and my vulnerability instead of being worn like a badge of honour, was hitting my in the face like a cold blast of shame.

And so, I put it to the side and allowed it to be part of someone else’s message, someone else’s healing, believing that I had done enough inner work and, as my Greek mother would say ‘it wasn’t necessary to put it on the internet’.

Only, I didn’t really do enough work and as I’ve come to find recently, I didn’t entirely subscribe to what it was that I had written at the time.

So now, more than ever, I really have to put this out there, because I need for you reading this, to understand what it is that I’ve learnt about intimacy. And unlike me, I don’t want you to have to learn the hard way.

Ultimately, what it comes down to is simply not wanting to feel burdened by guilt and also a responsibility I feel I’ve always naturally had, which is to share.

As an open and honest person, keeping this to myself has been more about self-preservation more than anything else, and I’m tired of believing that if I say it aloud, I will be regarded differently.

Doing that just further confirms that I have something to be ashamed of, and as I hope to illustrate there is nothing to fear when it comes to owning your body and your own truth.

Now, I’ve pondered over the repercussions this will have on the perception of me that some might have, or that I myself have had a hand in shaping.

I’ve also wondered if future employers will Google my name and have this come up, and what they might think.

But, if I focus on all of that background noise, I miss the point of this whole thing.

So, let me just cut to the freakin’ chase and reveal that I have an STI. Herpes or HSV to be exact.

Revealing my struggles with mental health or body image seemed like a breeze compared to that, because those are all things that despite their own stigmas, are unfortunately highly prevalent and more comfortably acknowledged.

Herpes is in a league all of its own, and tends to make people very uncomfortable (even medical practitioners), despite having very little repercussions on one’s overall health, aside from the whole having it for it for life deal. Which yes, can be a bit of a downer.

Since finding out, I’ve had to sit through more than more than one terrible American comedian’s stand up set where herpes is the butt of the joke. Or even hear a conversation where someone throws out ‘Don’t worry, it’s not like I have herpes’ comment, before sharing a drink.

Those were things I would sit through or even giggle at before, and now I cringe as though I’m all of a sudden the outsider looking in.

The overall consensus is that if you have contracted it you must be either overtly promiscuous in some way, and made to bare a scarlet letter of sorts, or even worse that you somehow ‘deserved’ to get it.

I’m not here to justify myself and I’m not here to say there is a right or wrong way to be. Working through my own journey of figuring out what makes me feel good and what doesn’t I came to find out that casual sex wasn’t for me. But we all crave companionship in different ways at the end of the day and there shouldn’t be labels put on anyone for their preferences, period.

But the irony within the stigma that hovers over herpes and STI’s in general, is that you can pick and choose with whom to have unprotected sex with, as though there is a certain look or a type of person that you have to be more ‘cautious’ with. I know this because a guy once told me first hand that he used this approach as his measure of when to use a condom when sleeping with a girl.

Based off this so-called ‘measure’, maybe if you were to look at me this would be the last thing you would expect to find out. But my message within this confession has very little to do with me, or even STI’s in general. What I’m putting out into the world is the simple fact that sharing your body with someone is a privilege and should be treated like one, which means that the expectation should be mutual respect and consent, not just going along with what the other person wants.

And yet, we come from this generation of instant-gratification seekers who put pleasure above everything else. Therefore, it’s hardly surprising to me that myself or girls that I know, are often faced with an erect penis that’s ready to go without a second thought of a condom being placed on it.

‘Oh yeah, um I think I have one somewhere’, the mumbled response usually goes, followed by disappointment that it might be a little harder to ejaculate because they just ‘don’t like the feeling’ of condoms.

Well, *insert name here*, perhaps I don’t like the feeling of an unwanted pregnancy or spreading something that I or you might unknowingly have.

But more often than not as women, we don’t want to share that feeling of disappointment, and oblige too readily. It’s a decision that happens in a flash as you go through the motions, and the feeling of guilt that follows, hovers for days, weeks or even months.

Your inner voice, the one that pipes up right before you’re about to do something dumb, is usually squashed by the people pleaser or by the person you’re about to have sex with, who all too familiarly reassures you that it’s not a big deal.

Make no mistake, I’m not here to vilify a specific gender, nor am I here to give you the low down on herpes. What I’m about is taking responsibility for the choices we make and knowing that as women and men in order to feel safe in our bodies and with each other, we have to respect the level of trust that is given. Removing a condom during sex or coercing someone into not using one, is rape and abuse.

Thinking about the moments where my trust was violated and thinking about when I wasn’t respected in my most vulnerable state, I can’t deny how angry I am. My ego does want to lash out and call into question the actions of some of these people that used my body as a worthless tool in the pursuit of their own pleasure. Because it is a form of abuse sadly experienced by many, and it absolutely needs to be acknowledged. And as I once heard in a powerful episode of Oprah, ‘No is a complete sentence’.

However, there’s also a side of me that wants to berate myself for allowing sex to feel that way. For not realising sooner as a grown and emotionally intelligent woman, that I fucking deserve better. And for the simple fact that it’s taken me so long to get here.

But blaming just serves a shallow purpose of redirecting my frustration, whereas taking ownership of this whole thing, makes me feel like I have now a choice too. I accept everything that has happened in the past and I own my power in moving forward with that knowledge.

My confidence and desirability have both taken huge blows in this process and I know I have a ways to go. I still don’t really know how having an STI defines me, or if it does at all, but I’m certain this has made me think much more about my sexual health and even my preferences. I needed something to stop me in my tracks and to call into question the people I was selecting, because it’s clear they didn’t align with what I’ve now come to regard as my standard of intimacy.

Maybe that’s the big take away and that’s the big reason I’m writing this, despite my trepidation to even press send on this article. I’d be lying if behind this seemingly brave admission, there wasn’t some sadness and pang of loneliness that creeps up now and then. But I want this truth to be all my own, not someone else’s to make a bad joke about or be kept hidden as a shameful secret.

I accept this is where I am and want my message to be very simple- ask uncomfortable questions, don’t normalise the wrong kind of behaviour and respect anyone who is choosing to share their body with you.

My object is not to make sex out to be this sinful, scary thing or to emphasise STI’s as a consequence. I just really, really wish we would work on fostering trust more and letting that guide the decision making when it comes to intimacy instead of leading with pleasure first. I’m sure that unprotected sex will continue to happen and casual sex will most certainly be a thing. But if perhaps one of you reading this maybe thinks a little bit differently the next time they have sex with a new partner, then it was well worth exposing myself on the internet for.

That’s the other take away, it’s good to let these seemingly ‘negative’ life events not take control of who you are, because despite the whole having it for life thing, I feel like a much more conscious and accepting person because of it.

Intimacy isn’t just skin to skin contact, it’s sharing part of yourself and your energy and all of those things deserve to be mirrored by someone who values connection in the same way you do. So take the time to define what it means to you first, and let it be worth waiting for.