Music Shaming: What It Is & Why We Should Avoid It 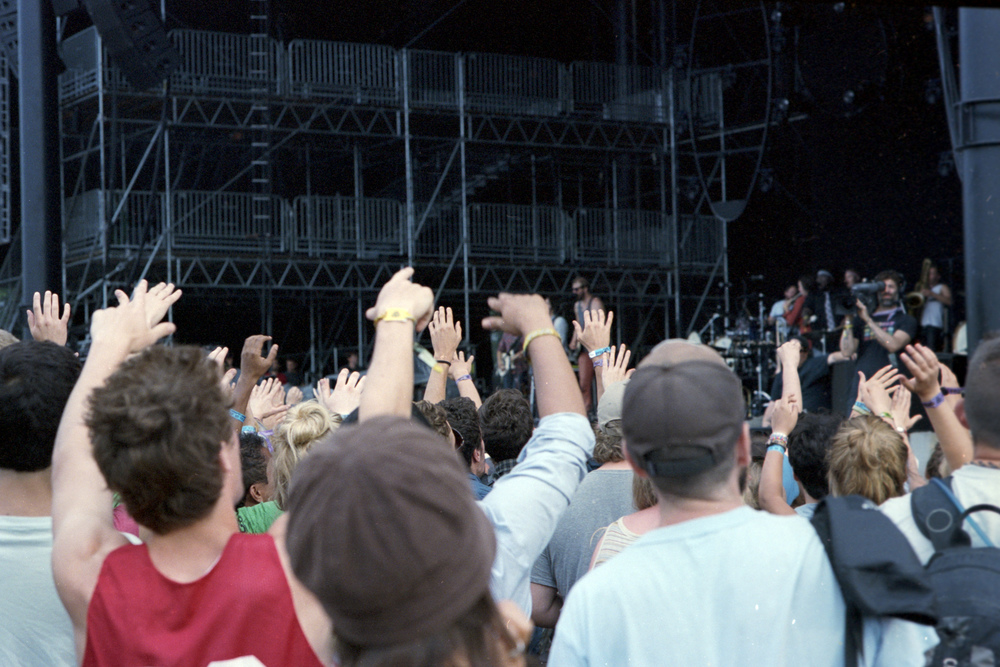 I like to think that most of us are nice people. The kinds of people who would genuinely consider rescuing a cat out of a tree on their own (before reconsidering and calling someone with a ladder/cat-in-tree expertise). You know, just generally nice people with warm and fuzzy well-intentioned hearts.

For some really annoying reason, even the most warm and fuzzy people can become jerks at the hand of music shaming. What is this shaming sorcery you say? What a delightful query. I’m so glad you asked. To be blunt about it: music shaming is the need to openly criticize others who entertain different music tastes to yourself.

Insert confused face emoji. (Do they even have those? They should.)

I know, I know. “Music shaming” – it sounds both odd and juvenile. Discrediting others over personal artistic tastes IS bizarre. And I think most of us know that intending to garner superiority over someone else is a bit weird. Especially when that superiority comes from something as subjective music taste, on top of the fact that the people criticised are often our friends.

Like a lot of people out there – I freakin’ love music. Everything from live gigs to recorder lessons in primary school (I will brazenly support the recorder and it’s dulcet tones forever). Music is, in my opinion, wonderful to the point where the word wonderful is basically an injustice to how awesome it is.

But having someone tell me that they think the music I listen to is rubbish? No thanks. Sure, you can voice an opinion, but music shaming is rooted in how people go about raising their opinions. And more often than not, people do it for not much reason other than to validate themselves – even if they don’t notice they’re doing so. What happens to the other party involved? They feel crappy (and insulted by their usually ace friend). Not awesome – remember when you were told not to say anything if you didn’t have anything nice to say? This is that moment.

Unfortunately, for some really odd reason (psychologists looking for a thesis idea – you’re welcome) we find it so incredibly gratifying to make known to the world that our music taste is better than somebody else’s.

But why? Correct me if I’m wrong, but I was under the impression that music taste is subjective. There is no sparkly set of all-knowing commandments telling you what to like. Everyone has their own opinion; it is human nature for us to not like the same things. So why should we belittle people based upon the personal choices they make whilst compiling their exercise playlist?

Now, let’s just clarify a few things. Music shaming (annoyingly) is often born from a standpoint of how many pretty gold gramophones are sitting in your favourite artist’s house. Lets get one thing straight: winning awards is only about the artist and their team getting personal recognition for their work. It doesn’t—and shouldn’t—change the way you feel about their music.

Because, your favourite track might have come from a ‘critically acclaimed’ album nominated for a slew of awards. But in the same vein, it might not have. And that should have no bearing on your enjoyment. Because if you’re sitting in your room with the speakers blaring, dancing at a party or just listening to your iPod on public transport, nothing else matters other than the pleasure you’re getting from that track.

We shouldn’t foster a culture where our music tastes become a self-conscious declaration about who we are as people. The thing is though, this concept extends far beyond the reach of just music. Choices we make every day about stuff we like or support – books, movies, activities or even people. Sure, they might provide some insight into our personalities. Which is cool and interesting and whatever. But that shouldn’t be at the forefront of our thought process. If we start cultivating insecurity around things that we like, then do we even like them to begin with?

Like stuff because you like it. Not because you think you should or the world tells you it’s cool. Form opinions for yourself. If you don’t like stuff, that’s great too. But don’t be someone who thinks they have a right to put others down for their choices. If you don’t like the song your friend chose to put on in the car, the only thing you will accomplish by asking them ‘why they listen to this rubbish’ is making them feel inferior and vulnerable. Be a nice person. It is far more productive to say politely that you never really liked that track or just change it to something you know you both enjoy. Your response to someone else’s music tastes should never be personally about them, because what entitlement do you have over their subjective enjoyment? Responses to other people’s music choices should be about you and your views only. Have opinions, just don’t be an asshole about them.

Throughout what I’ve written so far I haven’t really named any current musical acts so as to avoid swaying opinion, but you know what – by me not naming names, I simply engage in the injustice of assuming everyone is swayed by what the media has ingrained into our society. So please, prove me wrong. Because I believe that you should be able to profess your love for both Justin Bieber’s new album and Alex Turner’s voice, without inviting a hoard of insults for either view. I think that as long as you are actually enjoying it, there isn’t any difference between enjoying James Vincent McMorrow’s album and One Direction’s new song.

Screw the media; the constant need to hate on popular things and everyone telling you what is ‘cool’. Just listen to the music, decide what you like and don’t ever feel like you should have to apologise for that.

Unless you’re being a jerk towards others who don’t share your music tastes.

Then you should definitely apologise.

Because you’re being a jerk.