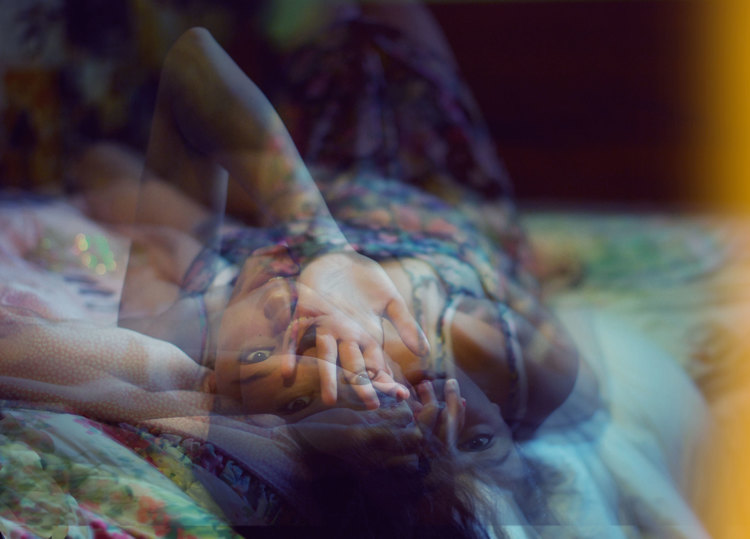 Today is World Diabetes Day, an annual campaign led by the International Diabetes Federation to draw awareness to the disease and its effects, both on the lives of inflicted individuals and on society as a whole. If you’re lucky, this doesn’t mean much to you. The illness is probably vaguely familiar: you may have read its name in articles about the global obesity epidemic; you may have heard it used as the butt of a friend’s joke about an overindulgent meal; you may have seen that one Miss America contestant strut the stage this summer in a bikini accessorized with a diabetic insulin pump.

But besides these small familiarities, “diabetes” is likely little more to you than a foreign medical term, an illness you’re simply grateful not to have marked on your own medical chart. So, here are the basic facts, as outlined by the IDF: diabetes is “a chronic disease that occurs when the pancreas is no longer able to make insulin, or when the body cannot make good use of the insulin it produces. Insulin is a hormone…that acts like a key to let glucose from the food we eat pass from the blood stream into the cells of the body to produce energy.” 90% of all cases of diabetes are labeled as type 2, characterized by insulin resistance or deficiency. Type 2 diabetes can occur at any age, is often correlated with being overweight and with genetic factors, and can frequently be managed or “cured” through exercise and a healthy diet. Another portion of cases are gestational diabetes, developed by about one in 25 women during pregnancy and typically disappearing after childbirth. The remaining cases are labeled as type 1, sometimes called juvenile diabetes because it most often begins before adulthood. This variation is caused by an autoimmune reaction—one in which the body attacks itself for reasons that aren’t understood. Its victims stop producing insulin altogether and need injections in order to survive. There is no cure, and the prescribed medications for management are far from foolproof.

Even armed with these more specific details, you probably don’t know exactly what diabetes means, what it feels like, or how it can seep pervasively into every aspect of its sufferers’ lives. Those intricacies can only be learned through personal experience or through close interaction with someone who battles the condition each day. It has now been twelve years since my own type 1 diabetes diagnosis; while I can’t speak for gestational or type 2 diabetes, type 1 diabetes is as familiar to me—and as unavoidable—as my own reflection.

From my eyes, here’s what type 1 diabetes looks like up close: not much. It’s more or less invisible on the surface. If you look more carefully, you’ll find fingers freckled with hard, red spots after thousands of pricks for blood sugar checks. You’ll see subtle welts around my abdomen, legs, and hips where I’ve injected insulin at least five times each day. If you peek inside my purse, you’ll find piles of medical equipment: mostly needles and lancets, their sharp points tossed around as casually as gum wrappers or spare change. There are also the paper test strips that spill through every pocket and wedge themselves sneakily all around my apartment: between cushions, in cabinets, under tables, in bed.

What it tastes like: not sweet. Except during a low blood glucose episode, in which case, bring on the sugar, stat.

What it sounds like: the clicking of an insulin pen, which somehow suddenly grows deafening when used in public spaces—particularly during school exams or crucial business meetings. For other people with type 1, the sound might instead be the whirring of an insulin pump as it mechanically injects a large dose, or a disturbing vibration when the clunky beeper-like appliance malfunctions.

The urgent beeping alarm of a continuous glucose monitor, a mobile device paired wirelessly with a subcutaneous sensor worn 24/7 to track blood sugar trends. Mine woke me yesterday at 4am in the middle of an intensely food-focused dream to warn me of a severe low glucose.

Blaring telephone battles with insurance providers, who sometimes refuse to pay for the medical appointments and preposterously expensive supplies without which a diabetic cannot survive.

Misconceptions and hurtful questions from people of all kinds—friends, acquaintances, strangers, and even doctors. A few examples: “Is it because you ate too much candy as a kid?” (No, it’s not.) “Do you have the bad kind or the good kind?” (There is no “good” kind.) “Are you sure you can really eat that pizza?” (Yes, I’m sure.) “You’re lucky, at least it’s not serious.” (Thanks?) School nurses and dentists and self-appointed health experts frequently provide unsolicited, uninformed, and all-together hazardous advice, like, “You should just double your insulin doses. Trust me.” Or, “Try juicing.” An acupuncturist once promised to cure me after three sessions.

Sometimes, the comments aren’t so painful. There are loved ones who share kind words of admiration and commiseration. There are rare but precious doctors who truly understand that support is a stronger motivator than fear. When I casually mentioned my diabetes to a new friend this summer, he paused for a moment before replying, “I don’t know what to say, except that I’m sorry that you have to deal with something like that.” This honest response was, without a doubt, the best one I have ever received.

On bad days: sheer exhaustion, both mental and physical.

Fear of eventual blindness, amputation, heart disease, and other complications that doctors and the media warn are looming unless “you suck it up” and “get your act together.” Fear of a hypoglycemia-induced seizure—not to mention sudden death.

Envy of those who can enjoy a slice of cake or an afternoon run without first having to make mental calculations, predictions, and adjustments to insulin and diet regimens that, ultimately, are mostly guesswork, anyway.

Confusion and frustration, because the so-called patterns so often seem erratic. Yesterday’s insulin doses, which took a full week of careful analysis to figure out, will likely fail to produce successful results tomorrow.

Shame and embarrassment over the insulin pump’s plastic tubing sticking out from the band of a prom dress, or over having to sit out on a social outing because of unbearable nausea or dizziness, or over failing a midterm because of hyperglycemia-provoked brain fog, or over being unable to string a sentence together in proper English under the influence of hypoglycemia.

Anxiety, like being on a roller coaster, but minus the fun. Like walking a perpetual tightrope between high blood sugars and low blood sugars, trying desperately to stay on target with no adequate safety net.

But then, on good days, type 1 diabetes feels like love and immense gratitude for supportive family and friends.

Appreciation for simple pleasures and small everyday joys, for an understanding of what good health really means.

Pride for personal perseverance and the ability to thrive through challenges.

Awe of the body’s immense strength and persistence.

Thankfulness for just waking up each morning, and for the tools and medications that help people with diabetes live as comfortably as possible.

Excitement and anticipation for new medical advances that progressively continue to make life more manageable, bringing all diabetics one step closer to a cure each year. Ultimately, that’s what World Diabetes Day is all about: with more awareness comes more attention, more fuel for the research that might eventually reduce diabetes to a mere memory.