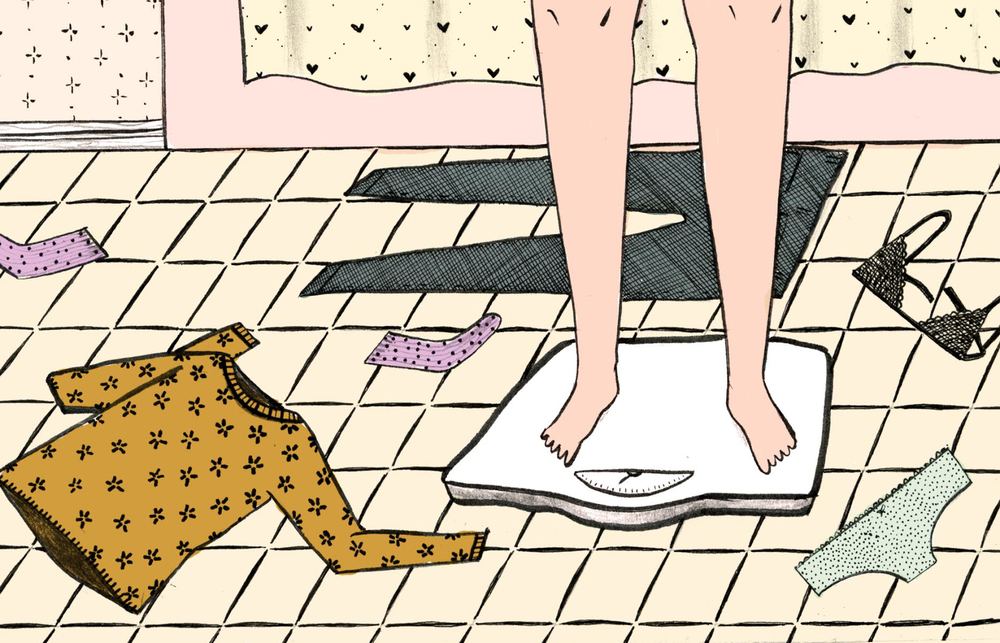 1. Learn about sex from feminists.

When I think back to being a teenager, I remember taking a lot of things out on myself. A boy didn’t like me? Make a small cut. My mother said something nasty about my weight? Berate myself until I feel so badly that I stop eating or binge uncontrollably. My parents are fighting again behind closed doors? Take some pills I got from my friends. The American Society for Suicide Prevention has reported that women and girls are 4 times more likely to engage in self-harm. When we hear self-harm, we might think of cutting: women and girls who make incisions in their bodies deep enough to be felt and, often, leave scars, but not deep enough to cause death. However, self-harm is not just defined as cutting; self-harm can be any habitual behavior that causes trauma to the individual.

Many teenage girls relieve themselves of pain through self-harm, more so than boys. It would seem that women tend to internalize anger and sadness, whereas men tend to externalize them. Some feminists believe self-harm is an extension of internalized misogyny, or the hatred of women while being a woman. Essentially, women are more likely to treat themselves badly because we have internalized a societal hatred of women. When you are a woman and you hate women, it is pretty easy to find a victim: yourself. My self-harm behaviors ranged from cutting, to taking drugs, to intentionally failing classes, to binge eating, to starvation, to negative self-talk that resulted in the need for cognitive therapy.

Over the course of my teens and early 20s, I internalized much of what friends, family, and the media said about women; the expectations placed on women and girls to have the perfect body and the perfect disposition (one of complete complacency and amiability) weighs heavy on the shoulders of teenage girls, especially considering they are given few tools to navigate a world that is diametrically opposed to the success and growth of girls and women. Until I was 25 years old, I continued to engage in self-harm; maybe I stopped cutting after high school, but that didn’t mean I stopped self-harming. I didn’t truly begin the healing process until I realized that loving myself under patriarchy is an act of rebellion.

So how can we help ourselves begin to recover from internalized misogyny? Start by treating other women well, especially if you find it hard to treat yourself well. For instance, I have noticed that the less I critique or criticize the bodies of other women, the less I critique or criticize my own body. Sometimes, in order to see worth or value in ourselves, we need to see that same value in others. Don’t call other girls sluts (or any variation of slut); support girls and women when they say they’ve been sexually assaulted, harassed, or raped; keep each other’s secrets; don’t gossip about each other; don’t fight with each other over cheating boys; and don’t be one of those girls who “hates girls.” Remember that the patriarchy doesn’t want women to form strong bonds, and one of its tools is to teach women to hate each other. If we hate each other, we won’t organize; if we won’t organize, we won’t end patriarchy.

Still, it is a constant struggle to treat myself with kindness and respect. Internalized misogyny is a powerful thing, and it changes shape with time, making it a hard to recognize and combat. Even when I can recognize it, I can’t always overcome it. For instance, fluctuations in my weight bring out more negative self-talk than I can often control, which then triggers self-harm behaviors like binge eating or starvation. It is hard to treat myself with kindness when I am assessing my value based on my weight—something patriarchal culture wants me to do so I will always devalue myself based on the male gaze, and feel that I am not good enough until I look in the mirror and see the ideal female body. The things we tell ourselves about ourselves are some of the deepest cuts we can make. Caring for yourself is of the utmost importance, particularly for women living in a society that wants them to hate themselves.

Mai Ly Degnan is a Florida born illustrator, currently based in Baltimore, MD. She earned her BFA in Illustration at the Savannah College of Art and Design, as well as her MFA in Illustration Practice at the Maryland Institute College of Art.  Mai Ly is obsessed with tedious line work, pattern making, and creating humorous illustrations that make light of unfortunate events.  She enjoys juxtaposing upsetting subject matter with children’s-book-like illustrations. This pairing of opposites often comes across as quirky and offbeat, which is exactly her aesthetic.

Angela Page is a writer and musician from Florida. She earned a BA in English from the University of Central Florida, and an MFA in Writing from Goddard College. Her poetry has been published in venues such as The Mom Egg, Bathhouse Journal, Freefall Magazine, and The Casserole. Currently, she is seeking publication for her poetry collection, Speaking with My Second Mouth.

One response to “THREE THINGS I WISH I COULD TELL MY TEENAGE SELF: Treat Yourself Well”