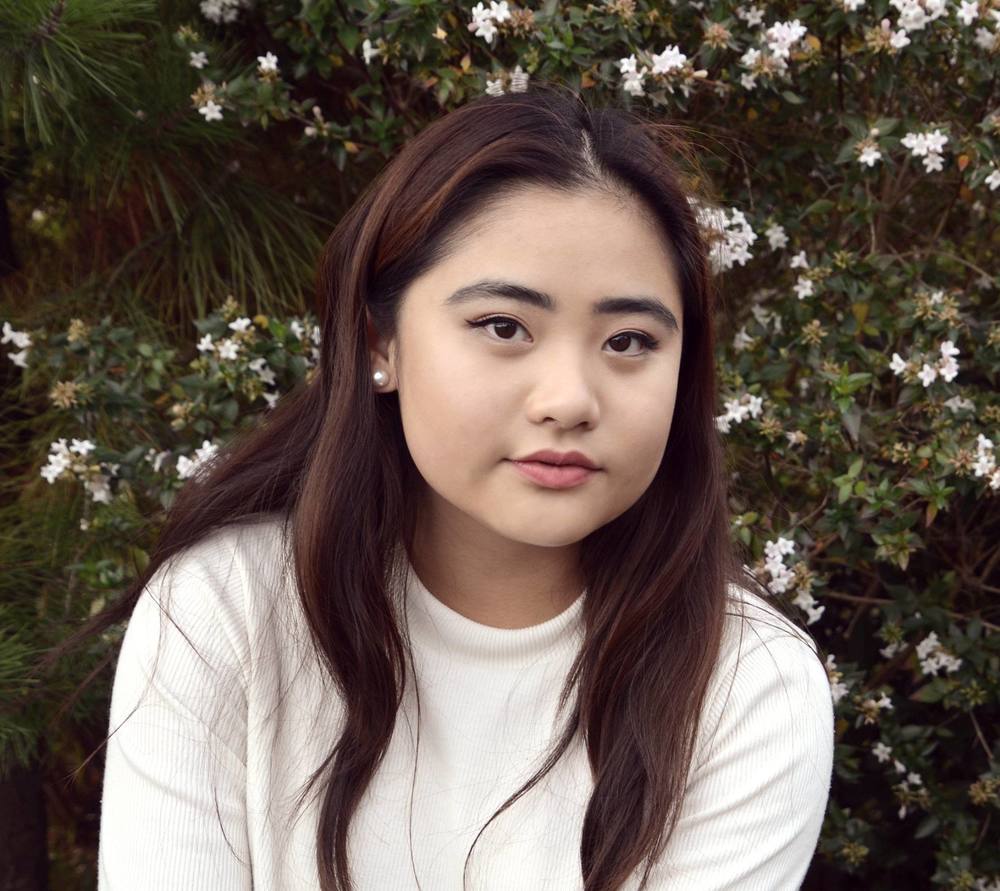 Hey Sandy, How are you?

I am seventeen years old.

I suppose technically Melbourne is my home. But I think home is more than just a physical place, it’s more of a feeling of content and belonging… So coming from that perspective, I’m honestly not sure if I’ve found a place to call home yet. I’m still young and searching.

What made you get into songwriting?

Well I always loved to notion of storytelling, and as a child I wrote of a lot narrative stories and poetry. And then when I was around 10 I started to weave in melodies with my poems and I suppose that’s how I got into songwriting. Afterwards I taught myself how to play the guitar, and I found that songwriting just came really naturally to me, it was an outlet for expression and emotion and it was something that I needed to do for myself. My songs are like my journal, they help me articulate my feelings and thoughts and I find it rather therapeutic.

How long have you played music for?

I have been playing music from a young age. I started singing in the Australian Girls’ Choir when I was 5 years old, so those were my earliest musical memories, and over time I picked up other instruments and such. I guess music has been a part of me my whole life.

What was your first instrument?

The recorder… Ha ha, the first instrument I started getting formal music lessons for was the clarinet when I around 7 years old, which I then went on to play for about 7 or 8 years.

Where there any role models for you in regards to music?

When I was probably 11 years old, I became obsessed with Taylor Swift, and I’m really glad that I chose her as a person to look up to because she has been in the music industry for around a decade now, and she is still killing it with so much poise, grace, and power. Also, she has shown immense development as a person and as a musician, like when she had her feminist awakening and when she unapologetically changed her sound in her new album, 1989. Taylor is just so acutely aware of all her fans and all the girls that look up to her, yet has still managed to keep her feet planted firmly in the ground, despite the fact that she is literally the most famous female musician of our generation.

Also Joni Mitchell, because she has lived an incredible rollercoaster of a life and is just so authentic and unique. There is no one who can write and play the way Joni does, she is absolutely formidable.
Oh! And of course Patti Smith, PJ Harvey, Björk… I could go on forever, these are all amazing and influential women who I really look up to in regards to music, and the way that they take ownership over their work with this kind of fearlessness and grace.

What are your goals in regards to music?

Oh gosh, I have so many goals in regards to music! If I am lucky enough to have a successful career in music, aside from releasing records and playing shows and making cool music with other people who love music, the ultimate goal is to create a sense of belonging and community within my music that people can identify with. I want people to take my songs, listen to them and apply them to the soundtrack of their own lives. I think that would be the greatest goal to accomplish, just the fact that your music means something to someone else.

This is such a scary thought! I’d like to think that in 5 years time I’d be further in the music scene, doing what I love. Hopefully I’ve been able to tour a bit by then, I’d be continuously writing, playing, performing, meeting new people and building relationships, travelling, experiencing new places. But who knows, maybe in 5 years I could be dead. Who am I to say, ha ha.

Who is your current favourite band/musician?

This is so hard! I have so many bands and musicians that I love… Currently I’ve been listening to a lot of Mazzy Star, The 1975, and alt-J.

What was the last CD you bought?

I buy CDs all the time, I think the last CD that I bought was actually International Superhits! by Green Day… Either that or Last Of the English Roses by The Smiths, I can’t remember, I bought them around the same time.

If you could live anywhere in the world, where would you go?

Oh, I have no idea… I think anywhere outside of Australia… I feel like we are very secluded from the rest of the world, so a change of environment would be nice. However, I also feel like I’ll always come running back home to Melbourne.

If you could only have five items to travel the world with, what would they be?

My guitar, my passport, my laptop, my journal, and my mobile phone.

What do you like about being a teenage girl?

There’s a lot of things that I like about being a teenage girl. Teenage girls are so cool, we are capable of creating so much change, I feel like we are a group of people who are really trying to push culture towards a more open and fair attitude. I like being a teenage girl who supports other teenage girls. Society kind of raises us with this ingrained hatred for one another, and as teen girls, we are constantly pitted against each other. So I love it when I get to be with other adolescent girls doing cool things, encouraging each other, and really bringing out the best in one another rather than yielding to this vapid idea that we’re meant to be in constant competition or whatever.

What do you find difficult?

That teen girls are highly ridiculed in society. Teenage girls have to deal with a combined oppression of sexism and ageism, plus racism to any girl who is of colour. We’re told that we are overly emotional, dramatic, hormonal — and that these feelings aren’t valid. We’re raised to submit to these cookie cutter, two dimensional stereotypes of what a girl should be, but we are real people. We are complicated and multifaceted, and then we get mad at ourselves when we don’t fulfill these unattainable standards.

What do you wish you could tell the world about being a teen?

I wish I could tell the world that being a teenager is something that should be cherished. Adolescence is confusing, scary, and manic and is also a really important time in a person’s life. A lot of personality shaping and character building is done during someone’s adolescence. There’s a lot of first times and mistakes and lessons to be learnt. I want the world to have faith in teenagers. I know it’s a scary thought, to think that someday us teens will be the ones running the world, but I believe that we are underestimated and are a lot more clever and hardworking than we’re made out to be.

If you could change one thing about the world, what would you change?

Well, there’s a lot of discrimination and polarization in the world, so the one thing I would change would be inequality. So, equality, which I know is ideal in theory but hard in practice. I guess it’s something for us to work towards.

What is the funniest dream you’ve ever had?

The funniest dream I had… I can’t actually remember! I don’t think I tend to have funny dreams, but I do dream a lot. I kept a dream diary for a while, and the last entry I made was about a dream I had where I had to save a group of girls from a shelter. Hmm, wonder what that was about.

Sandy will be playing at the Tigress Crowdfunding Launch party in Melbourne on July the 3rd! You can check out the event here. Be sure to buy tickets as there are a limited number!