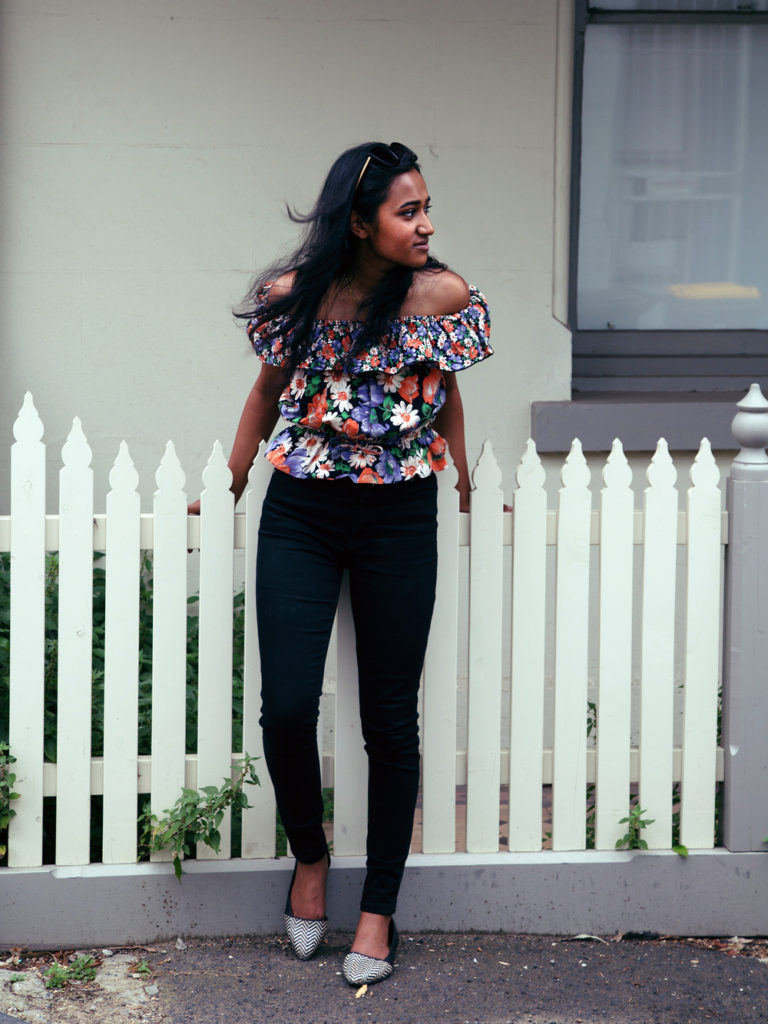 The Business of Being Brown — Part One can be found in Tigress Volume One. You can order your copy here.

When I was in high school my English class was assigned a collection of memoirs called Growing Up Asian in Australia. I’m not sure whether it was considered ‘cool’ to hate on whatever book we were studying or whether my peers simply unanimously disliked the text – but it was crystal clear to me that they didn’t seem to get it, probably because many of them did not feel represented in the text. I remember thinking at the time that the way they feel about this book is the way I feel about my whole life. I relished the text. Every single story. This was a book filled with stories about kids JUST like me. I was amazed. It had taken 14 years for me to find myself represented in mainstream popular culture – but what always stuck out to me is that I was often not reading about someone who ACTUALLY represented me. I could easily relate to the Chinese boy in the book because there are cultural crossovers between Asian countries, but when I began reading about a young Indian boy I felt like I had struck gold. My subconscious was so desperate to be represented that I latched onto the closest thing possible.

I know this might sound demanding and a bit ridiculous. But if you are reading this as a cis-gendered Caucasian, you, my friend, have struck representation gold. Ethnic minorities (particularly ethnic LGBTQIA) are simply not equally represented in mainstream media. I am accepting of the fact that it will always be an uphill battle and organic change takes time. But I have every right to feel disappointed that I grew up feeling so incredibly different because there was no one representing me.

As I’ve grown up I’ve tried to understand not just the parts of my cultural identity that I share with many people, but also the parts that are unique to my personal story. Within the past nine months I’ve travelled back to both Sri Lanka and Cardiff. Ostensibly, I was travelling because the opportunity presented itself, but inside I knew I was looking to finally have a concrete understanding of where I come from.

Cardiff is not unfamiliar to me, I have a lot of memories and can easily give you a grand tour of the area I grew up in. Sri Lanka, however, was different. Before this year I’d only been there once for a few weeks over a decade ago. For personal reasons, my memories of this trip were predominantly negative. I really wanted to change that this time around. Thanks to my brilliant parents and extended family I was able to travel across the majority of the whole country easily.

When they say it is the pearl of the Indian Ocean, they’re not lying. It may just be the most beautiful place I have ever been. And perhaps I experienced it as such because when I stood on beaches, under waterfalls and atop mountains, I felt very much at home. My blood was bound to everything underneath me. The irony was that despite how connected and at home I felt amongst the Sri Lankan terrain, I felt incredibly disconnected when I was surrounded by Sri Lankan people. I don’t speak the language fluently and I ‘look’ western enough for people to notice that I’m a foreigner. I recall feeling like this the very first time I came to Sri Lanka as a child. I was so confused that I could feel both so incredibly comforted but at the same time, unbelievably lonely when surrounded – finally – by people who looked just like me. This was my induction into the human experience; home isn’t always about where society ‘suggests’ you should go.

I’ve been lucky enough to be able to travel a lot in my 21 years. I try to take advantage of my circumstantial privilege as much as possible and I labor to grab every opportunity I can get my hands on. My parents worked incredibly hard to give my brother and I the life we have, and it makes no sense to me to let that hard work end with them. I’ve always felt a duty to embrace my privilege positively, not least because there are so many children who don’t get the kinds of opportunities that I do. When I was planning my trip to Sri Lanka this year I knew that I wanted to visit an orphanage during my time there and make the only sensible, productive contribution I could – buy them lunch. I am against cross-racial ‘voluntourism’ regardless of intention – a story for another time – but other than giving them food – something tangible; I also desperately wanted to attempt to reverse some the ramifications of the thousands of white volunteers that fly in and out of Sri Lanka every day. I wanted to show these young girls that someone who looked just like them was capable of doing more than what the world was presently suggesting of them. So, I visited an orphanage in the town where my Grandmother lives. I cannot explain accurately to you just how deeply harrowing it is to stare at a little girl who looks just like you, but does not have anywhere near the same opportunities – or even rights, that you do. I simply wanted for them to stop associating privilege and opportunity with the well-intentioned white travellers who pass through or the people they read about in magazines. I looked just like them. I wanted to make sure that they were represented.

The bright young girls I met at this orphanage will all have different experiences of what it is to be brown as they get older. That day, I couldn’t help them in the way I truly wanted to, in a way many of us want to: I couldn’t magically give them the rights they deserve. At the risk of diminishing the experience of visiting underprivileged children into an overused saying – I would be lying if I said the experience didn’t change me. That day is a constant reminder that no matter how hard my internal struggle becomes, I have a responsibility to not waste my opportunities or my privilege.

My cultural identity has been on what I can only describe as a wild ride. From childhood experiences of marginalisation, to searching for representation as an adolescent, and finally accepting myself, appreciating my background and loving my skin as an adult.

I’ve mentioned that I still hold onto the memory of being racially discriminated as a child. I won’t go into that story – instead, I’ll tell you about the turning point that empowered me instead of bringing me down. I competed in Calisthenics when I was younger – yes, I was the only brown person on my team (from memory I was also the only person who wasn’t white in my age group). You can YouTube for yourself what Calisthenics actually is, but amongst the items we performed one year we put on a production for The Wizard of Oz. Long story short, my coach wanted me to play Glinda the good witch. My poor Mum had to deal with many of the other parents gossiping about how Glinda is white and blonde and I wasn’t the right fit. It probably would have affected me, had my coach not made it perfectly clear why she chose me. She said to my face, and to everyone in the room that I deserved the part of Glinda because of my voice, my smile and ultimately, my talent. The tables turned in my head. One simple act of equal opportunity changed my thoughts on what I deserved and I am so grateful to her for treating me equally.

I’m still growing up brown. That’ll never change. I’m yet to experience what life is like for a brown female as an adult. I’m expecting challenges – but I think I’m ready now. There are always challenges when you’re a minority; and I’m not resentful of this anymore. Whenever things get hard, as cliché as it is, I do think about my brown brothers and sisters who aren’t as lucky or as privileged as I have been. Because one thing I have noticed about being brown – is the insatiable and overwhelming sense of responsibility. When you are marginalised you try like hell. You fight that little bit harder. And I’m so proud of that. I’m so proud that I come from a long line of people who fight like hell. At the end of the day, I am simply one of many, ethnic candles in this hurricane of a world. We bring so much light, but we are also constantly fighting like hell not to be blown out.

One response to “The Business of Being Brown — Part Two”