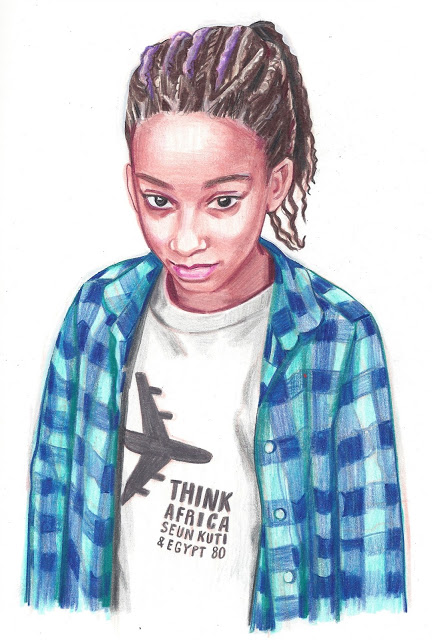 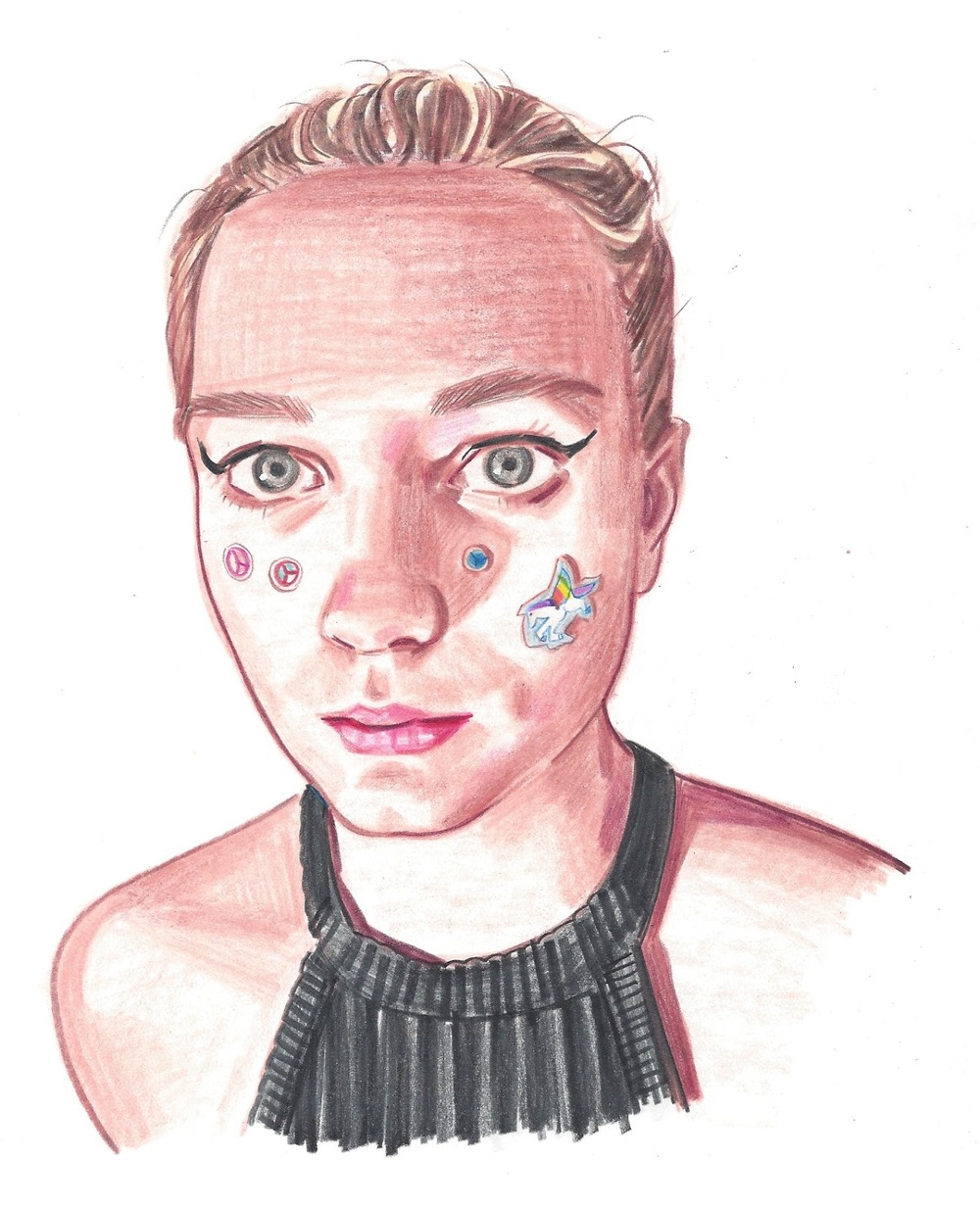 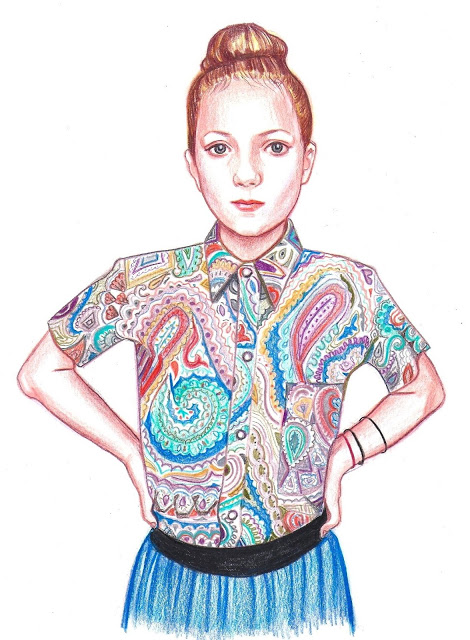 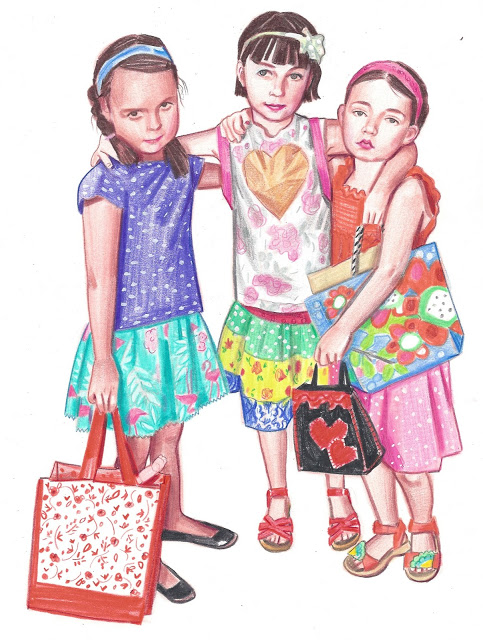 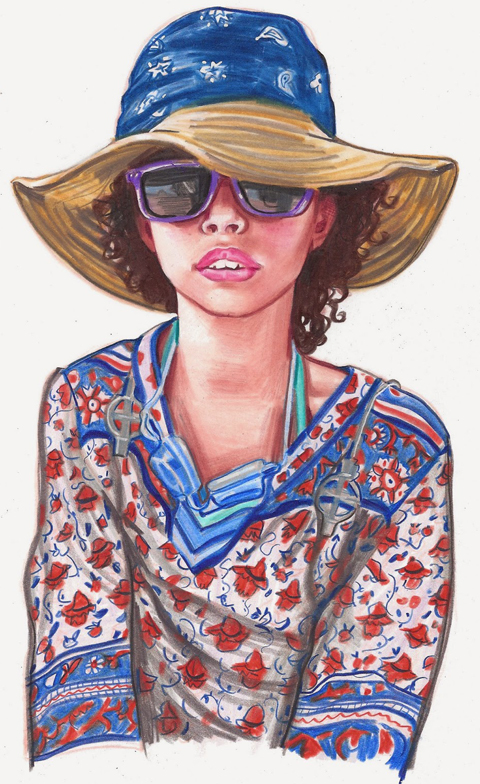 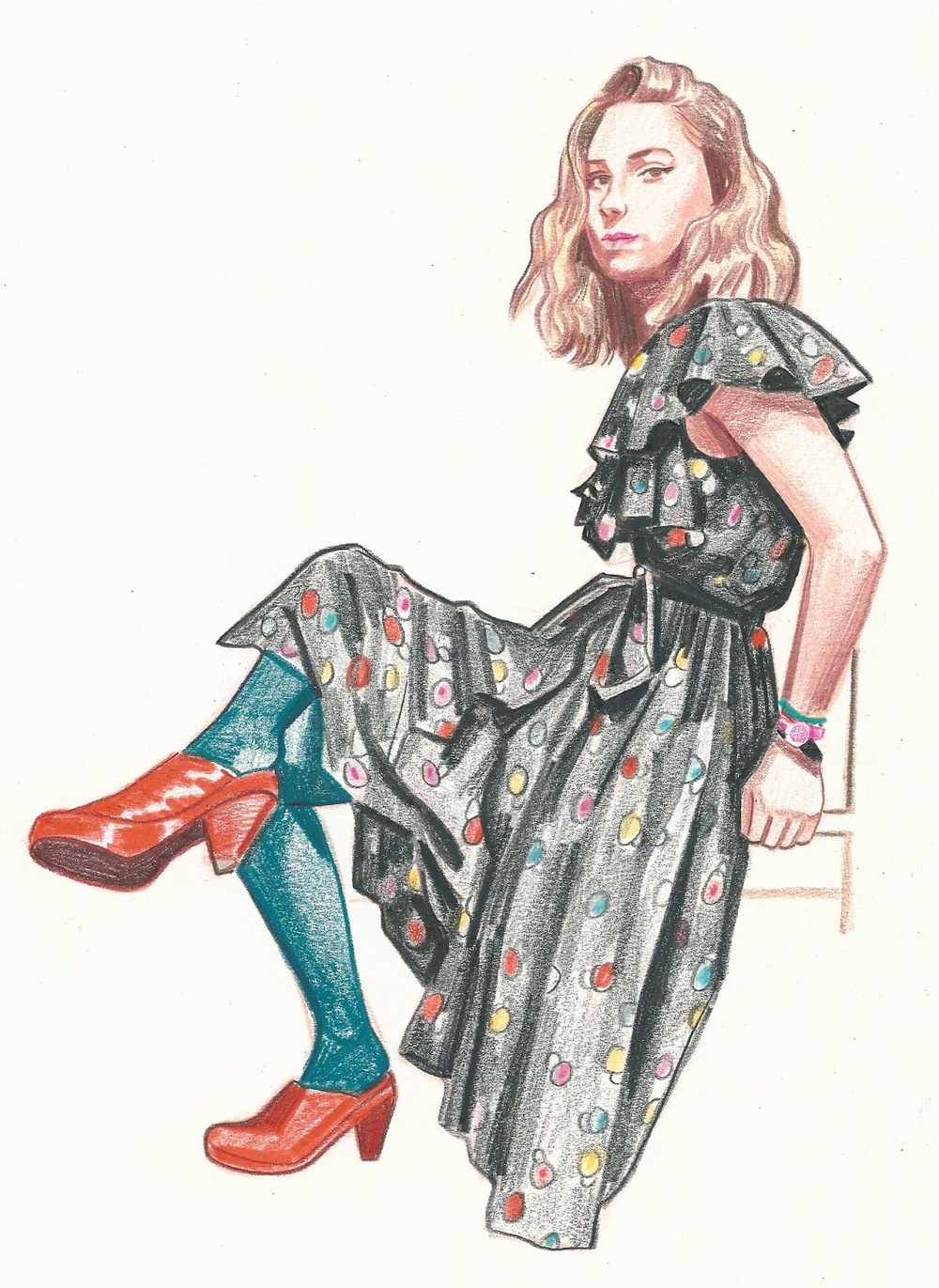 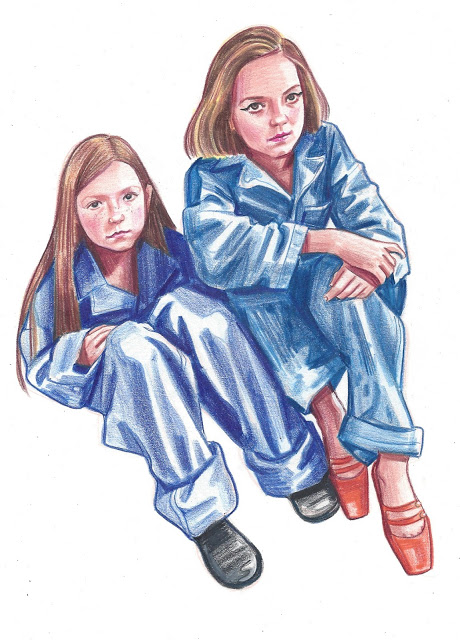 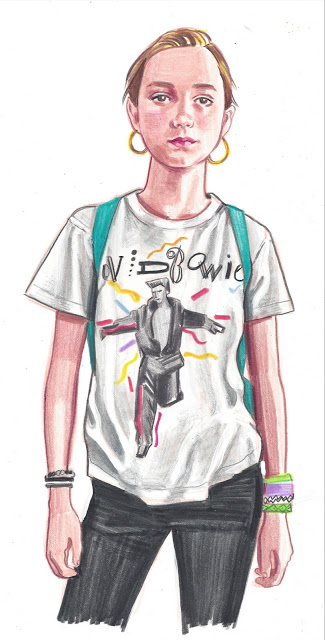 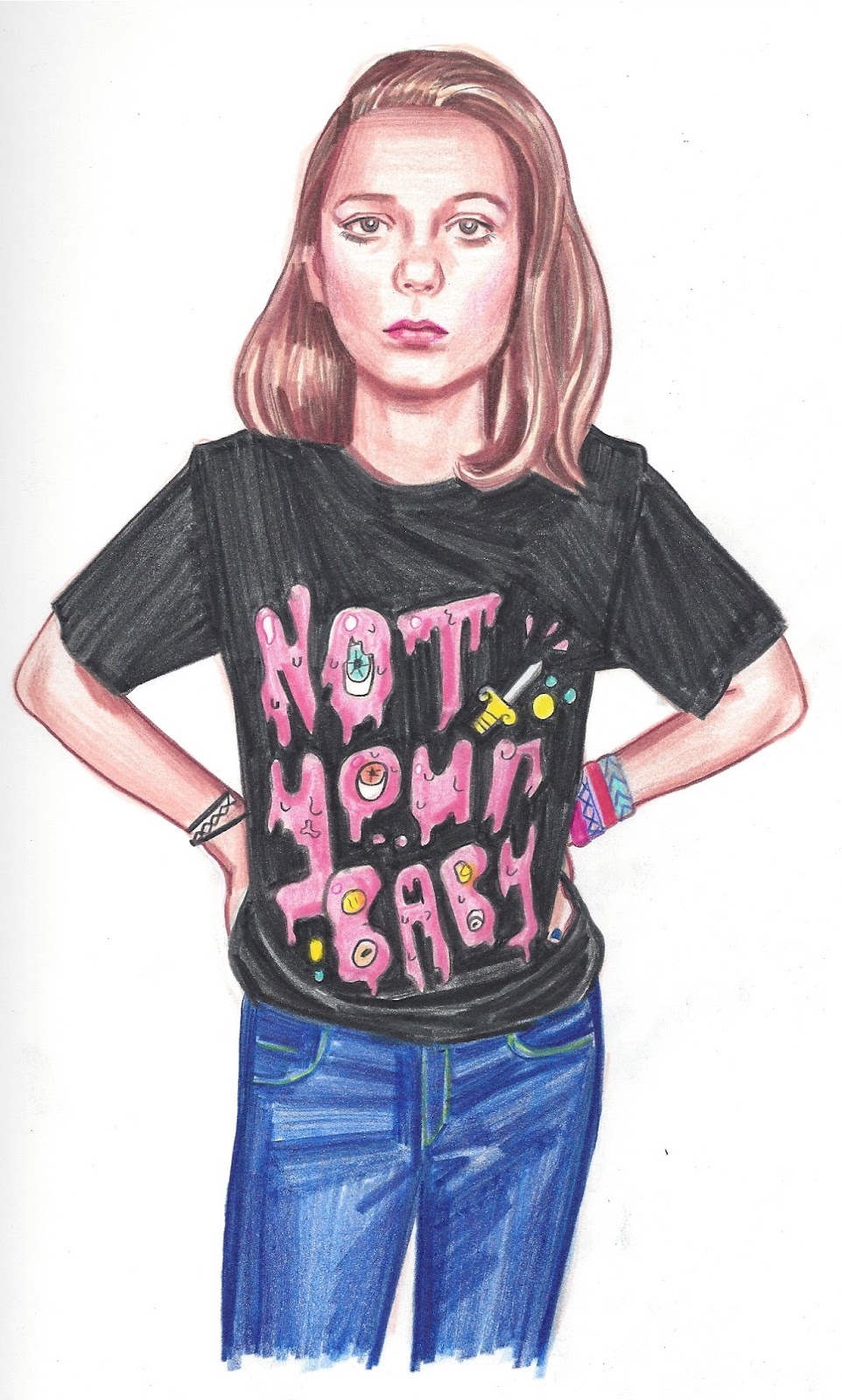 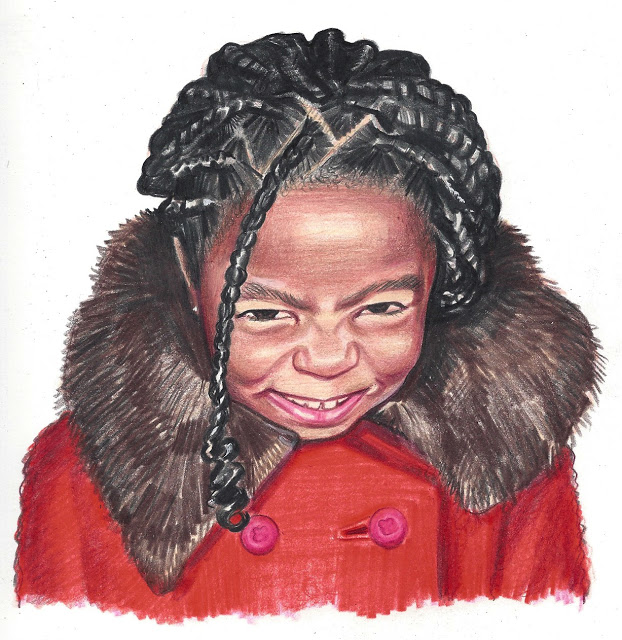 Tell us a bit about yourself, Jenny!

When did you start in the visual arts?

I’ve been drawing since before I can remember.

Do you think it’s important for individuals who want to make a living from their artistic practice to attend art school?

No, I don’t. I attended both a High School of the Arts and the Cooper Union, and loved every minute of my experience at both places. However, I do sometimes regret the early specialization and often wish my education had been more well-rounded, despite the fact that I never wanted to be anything but an artist. I’ve encouraged my two kids who are artists (my oldest son is a musician and my daughter loves the visual arts) to give themselves the benefit of a good general liberal arts education. I think every artist is well served to have studied a wide variety of subjects and ideas. Having said that, art school is amazing and I would never be disappointed if my daughter chose to attend one. My opinion only counts for so much!

What is “What My Daughter Wore”? How did that project come about/develop?

I had my first child right out of college and became a full time parent (I always said I was pathologically unambitious, but really I’m just a typical hyper-involved GenX parent overcompensating for having been a latchkey kid.) My studio became a room for the kids and my painting time diminished. Drawing was something that I could do on the go, with the kids, every day. I filled many, many sketchbooks with drawings of them and my daily life. As they got older and more independent I started thinking about an artistic project that would be do-able in my spare time using the inspiration I had at hand. The idea behind WMDW was to combine the immediacy and intimacy of my sketchbooks with the straightforward, documentary quality of a street style blog.

What do you believe is special about the “fleeting years between childhood and young adulthood”?

I think those years are often a uniquely creative time. Peer pressure is less of a factor, and there is still a child-like willingness to be goofy, experimental, and bold that sometimes goes away in the later teen years.

…And what are some unique struggles girls/female-identifying individuals face during this time?

My daughter is now 13, and I see some struggles that are unique to her, and many that are the same as they ever were. Questions of identity become more important. When I was that age, I cultivated an outsider identity that involved dressing like a Victorian orphan and having utter contempt for anything or anyone who seemed to conform. The key for me was finding my people. No matter where you are, or how weird or different you feel, there’s almost always at least one simpatico soul to bond and commiserate with. Feeling different can be empowering, but it is much more difficult to feel that way when you are different and alone. Friends who understand you are always important, but particularly at this age, when so many things– inside and out– are changing.

How does living in NYC/Brooklyn affect your art and/or your practice, if at all?

I love that NYC is a walking city. You are in contact with its amazing diversity and culture from the moment you walk out the door. I find the immediacy and energy of that constant contact inspiring.

What advice would you give a teens interested in pursuing visual arts?

Don’t give up. The first year that I was posting drawings on WMDW, I think three people were looking at it on a regular basis. But I loved it and believed that there was an audience for it, so I stuck with it. Be inspired, seek out influences, but always be yourself. Remember that what you are making, no one else ever can or will. You, and your work, are utterly unique and irreplaceable.

When I was little, my mom had to tell me, explicitly and repeatedly, that girls could grow up to be doctors, firefighters, and presidents. Today’s girls know that without being told, and that is a huge and wonderful difference.

I’m a fan of change and progress, but sometimes I am grateful to have been raised in a pre-Internet/smartphone era. My least favorite aspect of their ubiquity is that it’s lead to a lot less reading of actual books.

If you had to sum up your thoughts on the influence of Instagram and social media, what would you say?

I love Instagram. It’s where WMDW really found its audience, and where I’ve found a very creative and supportive community of people from all over the world. Many have become real friends. I spoke earlier about finding your people, and in that sense social media is like high school– there will always be the mean girls, the popular kids, the freaks and the geeks– and hopefully among them you can find the people you relate to, and avoid or ignore the jerks.

Having said that, I think it is important to be able to turn it off. And for the most part, the young people that I know are not spending most of their time on social media. I see a level of real engagement, authenticity and hands-on creativity that inspires me and gives me hope for the future. 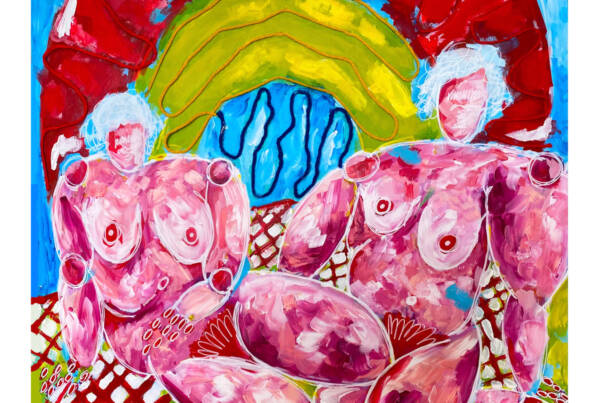 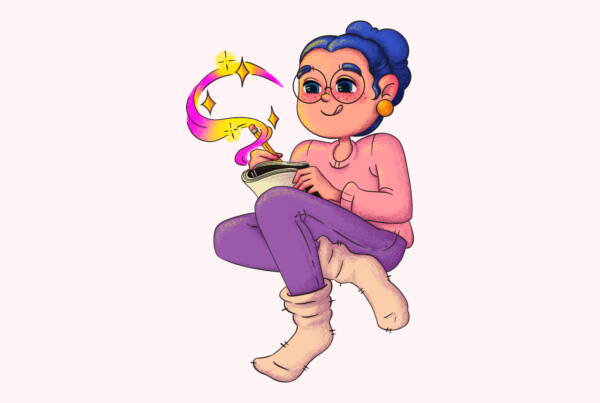 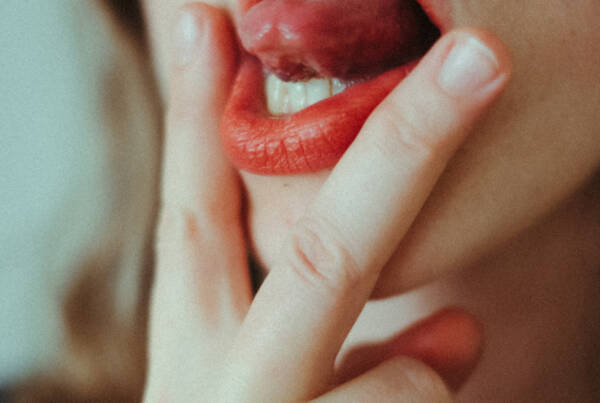