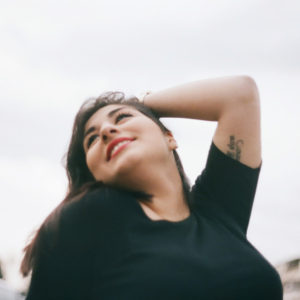 Romance novels are the bin-juice of the literary world. They’re fluffy and insubstantial. The domain of lonely spinsters and young girls with love hearts for eyes. You know, “silly” people. If romance novels are not dismissed for their frivolity, they are condemned for their obsession with (collective gasp) sex. They are smut. They are filthy. They will corrupt all the children and divorce all the couples. If only these blights on society could be snuffed out, we could return to a time when the sexiest books on the market involved a former navy commander-turned-spy who single-handedly stops terrorist organisations while sexually harassing every female within a close radius.

Even books formally known as pulp fiction are better than those horrid, smutty romances. Last year I published my novel Degrees of Control. It was a rather sexy tale about a yoga teacher who seeks out a BDSM (bondage and discipline, dominance and submission, and sadism & masochism) relationship with a troubled male model and winds up falling in love. My story made people uncomfortable. Not because it was badly written but because it involved a lot sex. It didn’t detail sex as a means to an end; it wasn’t a redemption story about a former prostitute or a gritty crime drama in which a husband is accused of murder. Degrees of Control is about sex for sex’s sake; two relatively normal people who meet and form a relationship based on their mutual attraction.

I lost count of the family members who asked, very hopefully, if I could see myself writing another genre. To them it simply didn’t fit that I, a twenty-four-year-old former journalist, could concern herself with petty stories about happily ever after. I was too educated, too cynical, too in-a-relationship to dedicate hours of my time writing tripe about men and women having s-e-x. As though sex is not by and large the primary reason humans exist. There are theories why romance is so widely discredited in popular culture. My belief is the genre is created and enjoyed almost exclusively by women, and things women create and enjoy are often ridiculed. What’s that you’re reading? A romance between a PR assistant and a boxer with a chequered past and a voracious sexual appetite? Download some goddamn Hemmingway you intellectual equivalent of tree fungus. Sex and love: two topics that dominate literature, cinema, television (and pretty much any media format you care to mention) are tawdry in novels whose sex scenes are designed to arouse. When those novels are also written by women who specialise in such books, they are deemed trash. Here is my not-so-shocking confession: I love romance novels. I also love being aroused. It’s fun. I highly recommend it. But I don’t have to recommend it because here’s the secret: women can and do buy material specifically designed to turn them on. Is your mind blown? It shouldn’t be. Long before Fifty Shades of Grey burst onto the scene, myself and millions of other women were hoarding badly-composed PDF’s, turning a blind eye to the bad editing and poorly phrased descriptions because who doesn’t want to imagine being dominated by a pair of hot werewolf shifter twins. They are indulgences, sweeter and more satisfying that chocolate bars, stiletto shoes, or whatever fetish items women are supposed to prefer to sex.

That’s why the birth of eBooks was a boon to the romance readers. My grandma had to shove her Mills and Boons into all kinds of hidden pockets (she would also go mysteriously deaf if you asked about them). I carry around 500 plus novels on my phone, all of them romances. This is a gosh-darn multimillion-dollar industry. This is not a sly back alley trend brought on by the inexplicable success of some bad Twilight fan fiction. It’s a development in something that women have always wanted and always consumed whenever they could: erotic materials and pleasurable encounters. So why all the fuss over a little not-so-innocent fun? You know the proverbial argument between Madonna and whore? The lovely idea that a woman can either be a sexless good girl or screaming harlot? I see that old chestnut in the stigma against romance novels. I hear it when people say that romance is trash; when they discredit romance authors as wastes of language and romance enthusiasts as dippy, delusional idiots, they are insulting women’s ability to dream and explore their own sexuality.