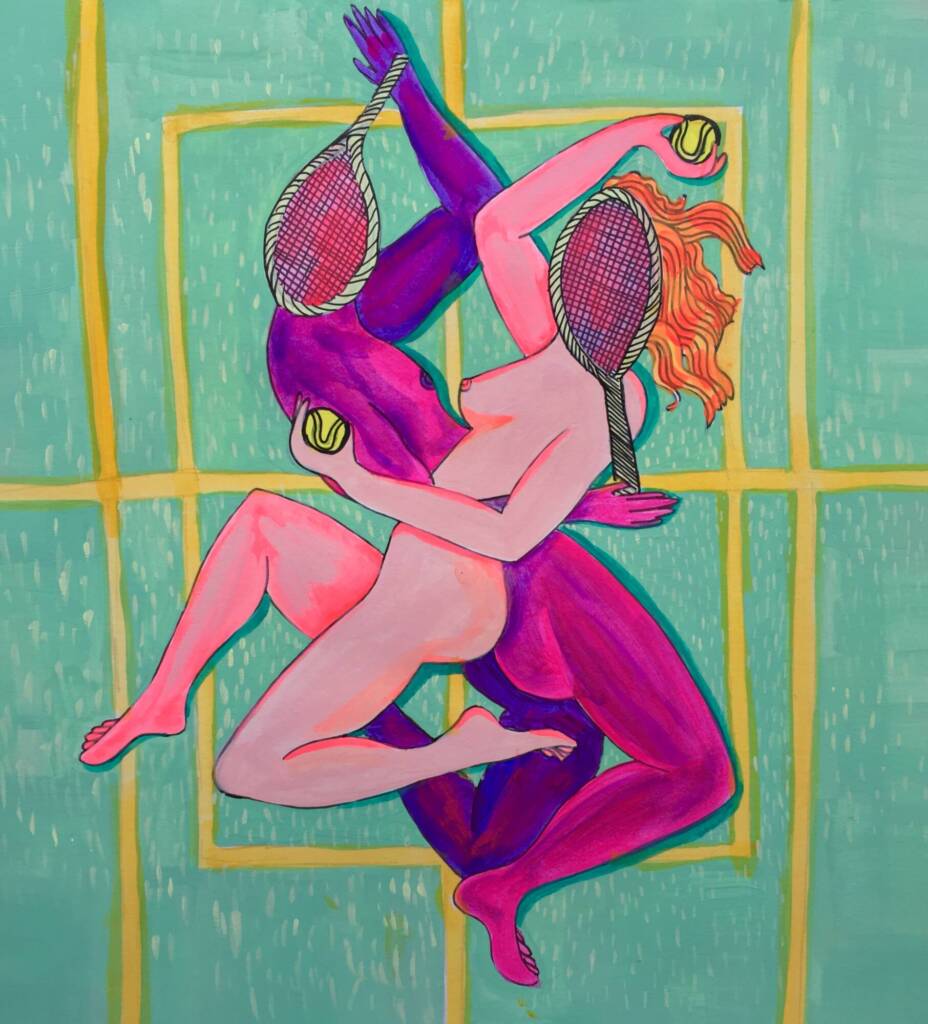 Your pleasure is a priority.

The very first time I had penis-in-vagina (PIV) sex with a man was on a leather couch, in a basement, in Berlin. We were watching a movie– he didn’t speak much English, I didn’t speak much German, but we managed to go from awkwardly sitting next to each other to making out in no time at all. He whispered in my ear, “Do you want to have the sex?” and I nodded while pulling him into another kiss… at which point he promptly pushed away, got up and walked out of the room, leaving me entirely baffled. Two minutes later, he shuffled back into the room with his pants around his ankles, completely hard, with a yellow condom on– not an easy image to forget! He made it to me, took off my pants, and before I quite realised what’s happening, I was no longer a virgin! Now, because (surprise, surprise!) 10 minutes of kissing did not turn me on enough for my body to be prepared, this resulted in a very painful 10 minutes, until my vagina numbed and I just lay there and waited for him to finish. I passed the time by watching the rest of the movie over his shoulder– it was Hellboy II, in case you were wondering. Eventually the movie finished… but he did not. Without anything to hold my interest, I finally pushed him off and told him that I was done– and then he asked me to promise that I not tell anyone that he hadn’t “achieved orgasm,” because all of his friends had done so when they had lost their virginity, and he was embarrassed. This experience perfectly captures the different ways in which men and women are socialised regarding sex and sexual pleasure– close your eyes and think of England ladies, the man wants sex!

While this story is one that I find quite amusing now– it’s a great party anecdote!– suffering through pain or discomfort for the sake of a man’s sexual pleasure is not an experience unique to me. I was talking about sexual experiences recently with a group of women, and many of them said that they did not enjoy it when men went down on them. While this is not a bad thing in and of itself, these women lie back, grit their teeth, and wait until their partners lose interest and move on, or they fake it in order to hurry it along. The priority for them is that their male partners feel good, even at the expense of their own enjoyment.

The truth is, sex can be a very enjoyable and fulfilling part of life for all genders. So, next time you choose to participate in any kind of sexual activity, keep one thing in mind– sex should be a mutual activity, like playing tennis. In order to play tennis successfully, you need all participants to be equally as active and as invested in the game as each other. You don’t want to be continually serving balls at someone who doesn’t want to play– not only is that just plain rude, but it takes all the fun out of what should be an enjoyable activity for all partners. You also don’t want to be the person bullied into a tennis match, half-heartedly hitting the ball back only because the other person wants you to, thinking only of their enjoyment. Tennis should be fun– all that sweating, grunting, the endorphins, the satisfaction of a successful serve, the enjoyment of the other person… you see where I’m going here.

Tennis is also open to a variety of participants– depending on what you want, you can play with one other person (of the same or different gender) or multiple people of varying genders.

So the next time someone is trying to coerce you into a sexual act that you are just not interested in, or you are feeling compelled to satisfy your partner’s desires at the expense of your own, spare a thought for tennis tell them to go lob their balls against a wall instead!

Rebekah is a 25 year old feminist who is yet to find her place in the world. She recently completed her Honours in Criminology, writing a thesis entitled ‘Rape Culture? Trivialised, Condoned and Eroticised Sexual Violence in Popular Culture’. She spend her free time snuggling with her cats and planning grand adventures!

Michaelanne Foster is an illustrator who currently resides in Southern Spain. She teaches English, paints, and eats lots of tapas, of course. See her work on her website.