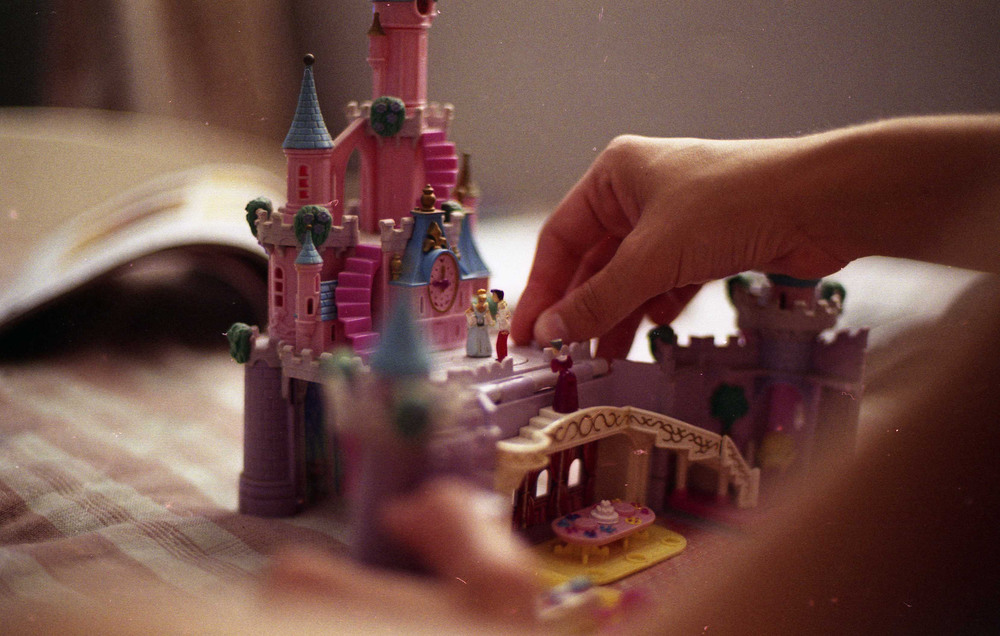 As a 5 year old, I loved princesses. Only now do I realise, I actually loved princesses. The journey of being socialised as a girl gives you many uncertainties, the security of your respect. But one thing is certain — You Will Love Men. This is the mindset that swept me through the “so-and-so likes you”s of primary school and the awkward but exciting boy texts of intermediate. I infrequently reported crushes on the usual suspects—all boys (although it was hard to find ones that were taller than me)—and had many platonic friends—all girls. It was fairly easy to find the formula.

At high school I sat with my friends—all girls—at lunch. We did have a few male acquaintances, namely one with a bowl cut and authority issues who had difficulty expressing emotions, and his short friend who had a pension for World of Warcraft. One started coming around that I got to know quite well. He was a musician, I was a musician. He had a quick sense of humor, so did I. Very quickly, my 14-year-old mind formed a pattern. Compatibility. Naturally, when he asked me to be his girlfriend, I said yes.

This was the point at which I immediately deserted my long time, very close and supportive friends to hang around the sweaty ranks of his, who were a lot more easily impressed. Ah, male validation.

I spent the next while enjoying fulfilling my childhood goal of getting a boyfriend, the much anticipated first kiss (It wasn’t as great as my expectations, but it did the job so hey), and generally being accepted into the boys’ club. This was actually quite fun. I fit in very well with the boys, joining in on the dirty jokes and establishing myself as a tits man. Not only did it provide sweet, sweet validation, it was also the first time I was around completely new friends. This meant that people got to know me fresh, and any traits that had been developed slowly over the last 3 years became stand-alone characteristics.

Past claims of, “just because I cut my hair short doesn’t mean I’m gay” now suddenly came to bite me in the ass. Through the help of my handy dandy Tumblr account, I made the shocking discovery that there were more than just gay and straight—and that I in fact identified as bisexual. This new identity was a nice middle ground for me – straight enough to survive in a Christian household, but gay enough to justify my enthusiasm for boobs. I consider my bisexual identity as the training wheels on the path of my queer journey. Breaking the formula of heteronormativity is a tough one, when I was raised on, “he was a boy, she was a girl, can I make it any more obvious?” Yeah, actually Avril, you could be a little more specific. Thanks.

Flash forward to now—I’m almost 17 and I identify as queer. I still have a lot to figure out about myself, but I know that I don’t identify as a girl—and the hardest conclusion to come to, I Don’t Love Men. That’s right, no glass slipper, no holding out for a hero in the morning light. I have an incredible girlfriend who has helped me discover so much about myself, and yes!! Making out is exciting now — happy ending. I didn’t turn out quite how little me probably expected. Unshaven feminist lesbian doesn’t exactly fit with the pretty princess aesthetic, but I’ll take it. The most important thing all this has taught me is that if you don’t Love Men, it’s okay. The whole crescendo I subconsciously thought this would all come to, with the children screaming and cars crashing and buildings breaking when I admitted I was maybe slightly just a little bit not straight—it’s not that big a deal. Realising you aren’t straight can be a really stressful experience for some people, but surrounding yourself with positive people (and yes, other gay people—I know your straight friends are cute and have been around for ages, but you will go insane, trust me) can make your journey a lot easier.

So what I wish someone told me when I was younger—whether you want to be the princess or be on top of the princess, it’ll all work out in the end.

Georgie Kirton is a 16-year-old student from Christchurch, New Zealand. Fascinated by arts, they have a keen interest in visual arts and photography, as well as being a dedicated musician. Social justice has always held a place in their heart, and they are an active member of the LGBT community in their area, being a co-founder of their school’s ‘gay club’ support group. They are currently in a long distance relationship with their partner who is also from New Zealand but is currently based in Paine, Chile. You can find them on Instagram @heauxbo.