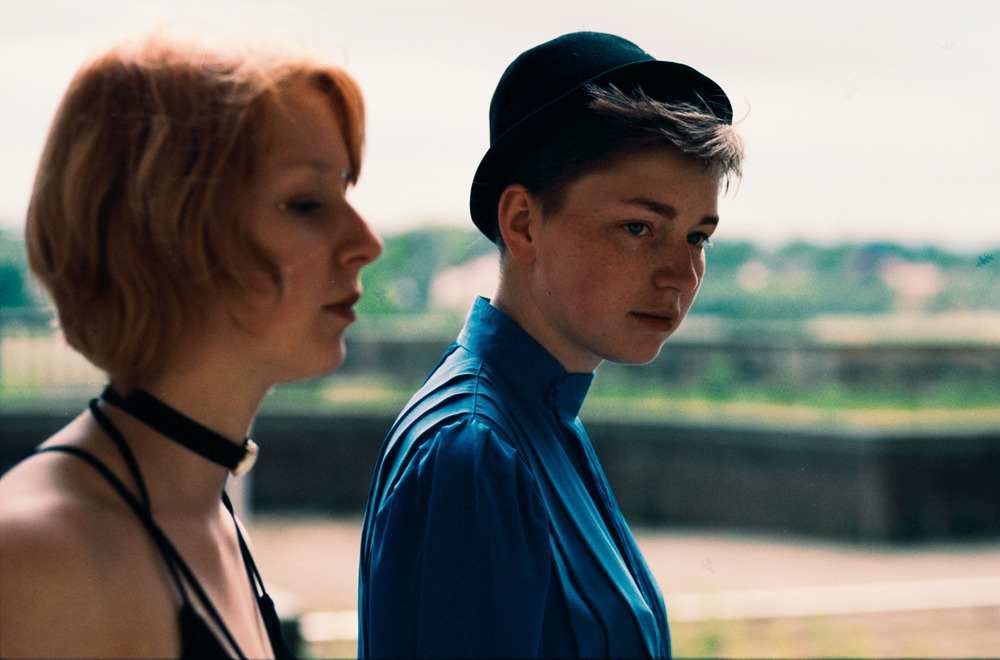 Someone once told me he was glad I wasn’t one of those lesbians with a shaved head and nose piercings. I laughed it off, but his words were like a slap in the face. They reinforced something I had been aware of for years—that my appearance is political, and by passing as straight I am making myself more palatable to the wider world. I’m hiding my identity for the comfort of others. Worse still, I’m isolating myself from the strong, beautiful queer women I want to be surrounded by.

I look straight. I know that there isn’t a uniform or a style that all queer women ascribe to. We don’t get a bi-annual catalogue of plaid shirts and skinny jeans. But honestly, all the queer women I meet, or hover awkwardly near at events, are damn cool. They have something that I don’t. And a lot of that is tied to appearance. They have fierce haircuts, beautiful tattoos, and the ability to wear a hat inside without looking like a twat. Their style sends a message to the world at large: we’re here, and we don’t care what you think.

My style falls short of their lofty heights. I’m not femme, or androgynous, or boyish. I have mouse-brown, shoulder-length hair, and no facial piercings. I work in an office, so I’m usually wearing something neat that doesn’t need to be ironed. A lot of the time, I’ll wear a dress, or skirt and blouse. On confident days, I’ll wear an oversized man’s shirt and skinny jeans. I try to channel my inner Claudia, Baby-Sitters Club fashion queen, but even her confidence doesn’t protect me from being scared of looking too queer.

Women are brought up believing that their looks and their value are intrinsically linked. Even as an adult, it takes strength to question and challenge that. Magazines tell us we’re not thin enough, that we’re hideous and shocking without make-up, that body hair is mortifying. All women in the public eye are scrutinised for their appearance above their abilities, and if you push back against the expectations of what a woman should look like, there’s a good chance that someone will call you a lesbian, and they don’t mean it as a good thing.

When I’ve had short hair, I’ve been yelled at by boys and men; I’ve been heckled by school children and shooed from women’s toilets (though why they thought an 11-year-old boy would be in the ladies’ is beyond me). I know that a body that is read as that of a straight, white woman is nearly the safest body a person could have. Worrying about looking straight is so trivial, compared to the very real issues that so many queer people face. But here I am, stuck between feeling safe in one sphere and being welcomed into another.

I don’t know why I shy away from presenting more visibly as queer. The family members who no longer speak to me aren’t going to be swayed by the difference between me in a dress and me in a boy’s waistcoat. People who hate queer people are going to hate them no matter how much they minimise the intrusion into their safe, hetero worlds. But here I am, doubting myself every time I wear combat boots.

My biggest regret about being too scared to dress “like a lesbian” is that I don’t have queer friends, and I won’t be read as queer by the awesome women I meet. Don’t get me wrong, my friends are amazing people but for the most part, they don’t know what it’s like to not be straight. They can hold hands with their partners without being harassed; they can get married; they can have babies that the government recognises as equally theirs. Worst of all, they don’t understand the joy of The L Word. As a shy woman, I need all the help I can get in making friends with my people, and visual clues are the fastest to send and receive.

I know I need to step outside my comfort zone in regards to my style, both for my feminist beliefs and to find people like me. Until I work that out, cool lesbians, please reach out to the awkward girls at your events. I just want to drink tea and talk about intersectionality with you.

Amy Diver is a writer and editor based in Melbourne. Her published works include interviews, poetry and short stories. She enjoys queer stories, feminism and cat videos. Find her on Twitter @diver_amy.