Writing and photographs by Peri Ewin

Writing and photographs by Peri Ewin

My name is Peri Ewin. I’m a 22 year old photography student in Brisbane, Australia. I studied to be a documentary filmmaker in Austin, Texas for a couple of years, which is where my serious interest in photography started. A lot of my friends were lifestyle or wedding photographers, and at the time, that is what I thought I wanted to do. Once I got back to Brisbane and started at the Queensland College of Art, I realised that weddings were so far from what I wanted to do. That was when I decided to major in Photojournalism and Documentary Practices.

Photography is totally an outlet for me. Growing up as an athlete, my sport was my outlet. Once I got older and realised sport wasn’t my sole purpose, I found photography and editing to be my new outlet. If I ever get upset or angry, I’ll edit photos, or go for a drive with my Minolta or Pentax and just shoot. It’s pretty special to have something like that in your life which has that effect.

“Gender” was actually inspired by my own experiences at first. I’m quite androgynous and it’s a style I slowly developed while living overseas. I shaved my hair off; I no longer wore dresses and sported tees and jeans more than anything. I didn’t realise at the time that changing my appearance would mean I would be subject to people asking if I was a boy, or why I wore men’s clothes, or why I didn’t just grow out my hair, or if I wanted to be a man. It was incredibly confronting and I never knew how to react to it. I always have known who I am and it sucked that people questioned that because I changed my appearance. I started talking to multiple women who dressed in a “masculine” way, and they expressed the same views as I did. They hated people asking those questions, but unfortunately it is something we are kind of pushed to shrug off.

“Gender” is about reaching out to those women who experience the same (lesbian, gay, bisexual, transgender, queer, asexual, straight) and showing everyone what is expected of us as women, and comparing it to the different gender binaries we may or may not identify with.

The responses of all the subjects have been diverse; some have been comfortable wearing “feminine” garments, others showed non-verbal signs of complete discomfort. It’s interesting meeting new people and seeing how different they can be. I originally limited it to the LGBTQIA community, but I quickly realised it is something all women are subject to. It comes down to the fact that appearance should never define where we are on the womanhood scale. 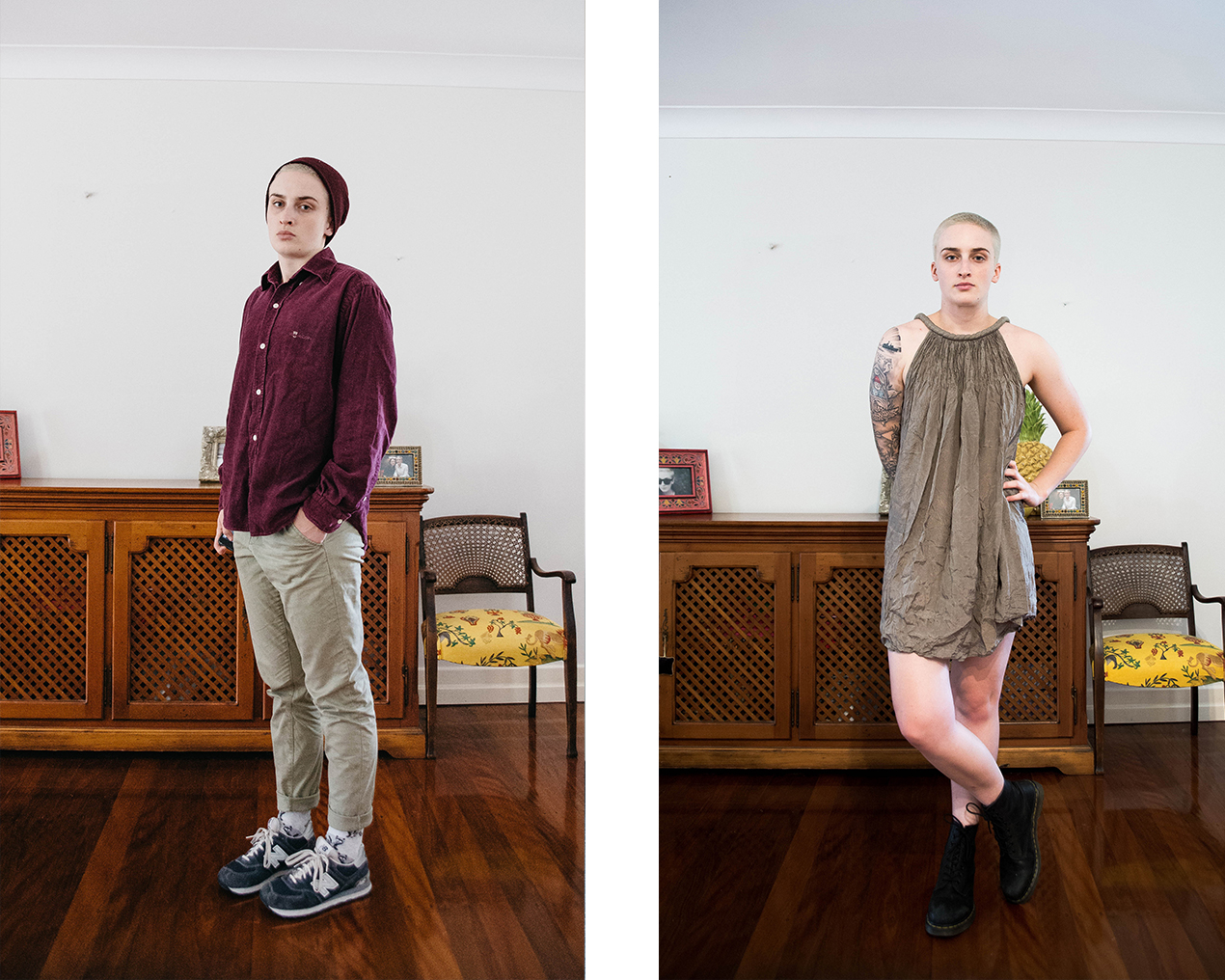 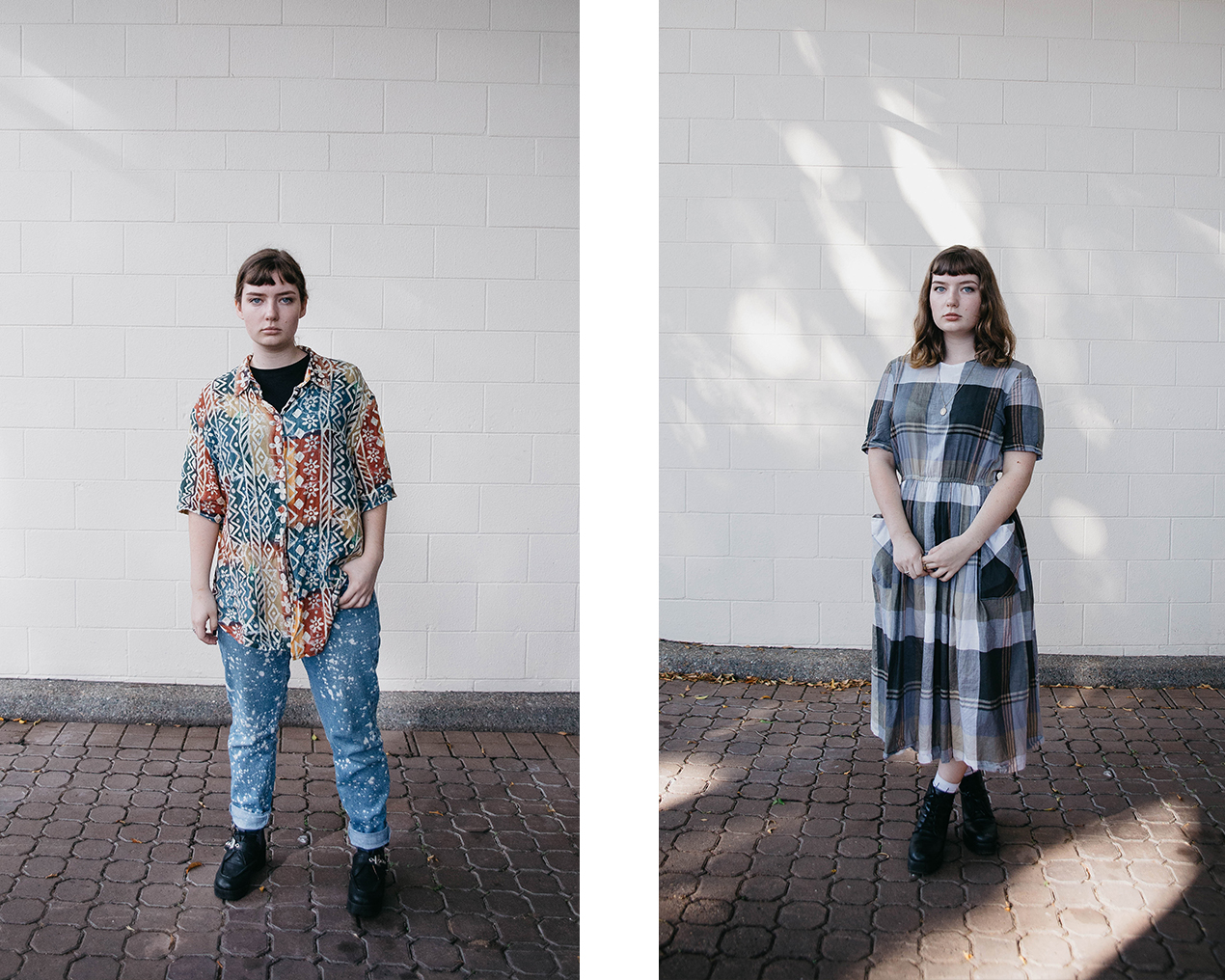 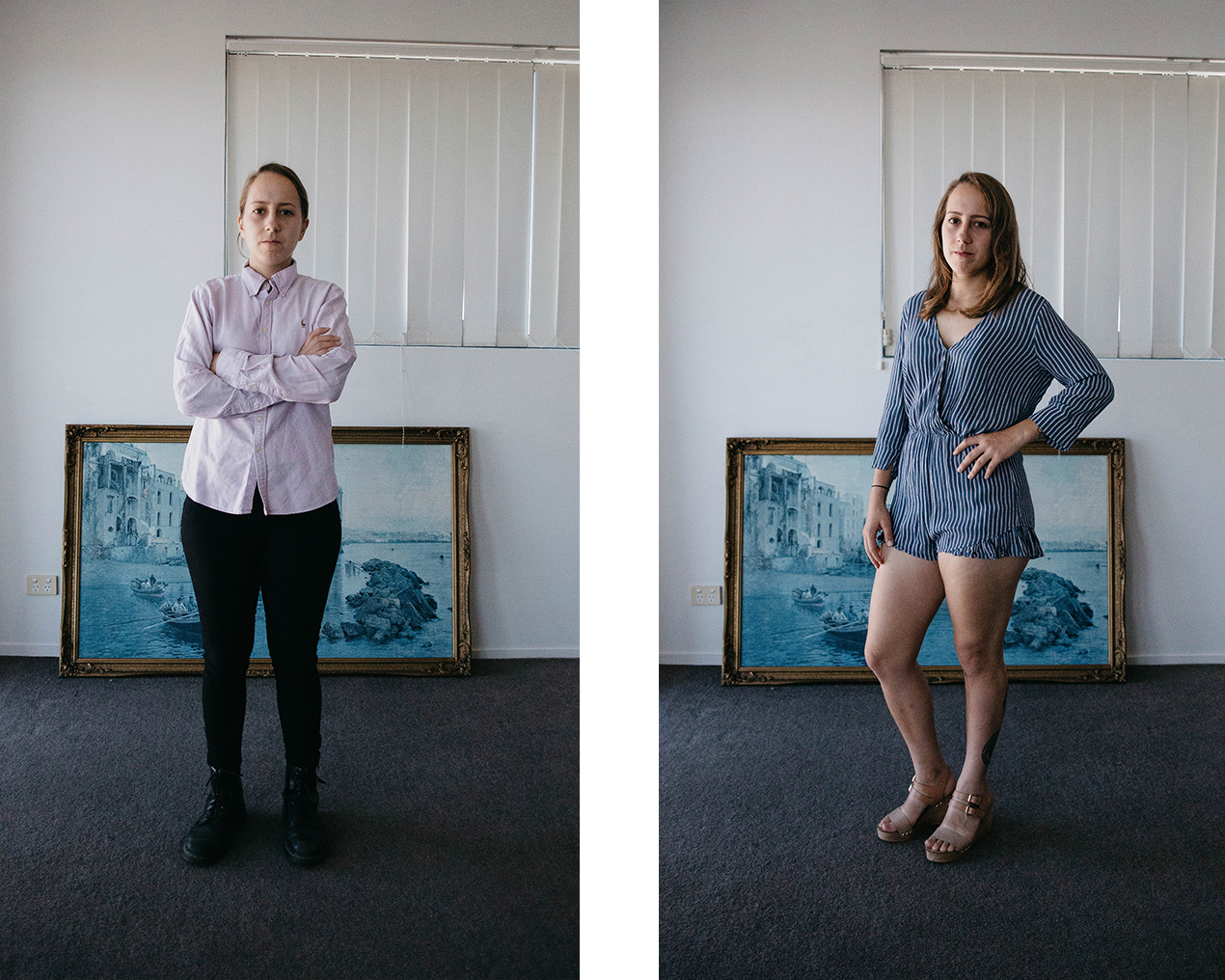 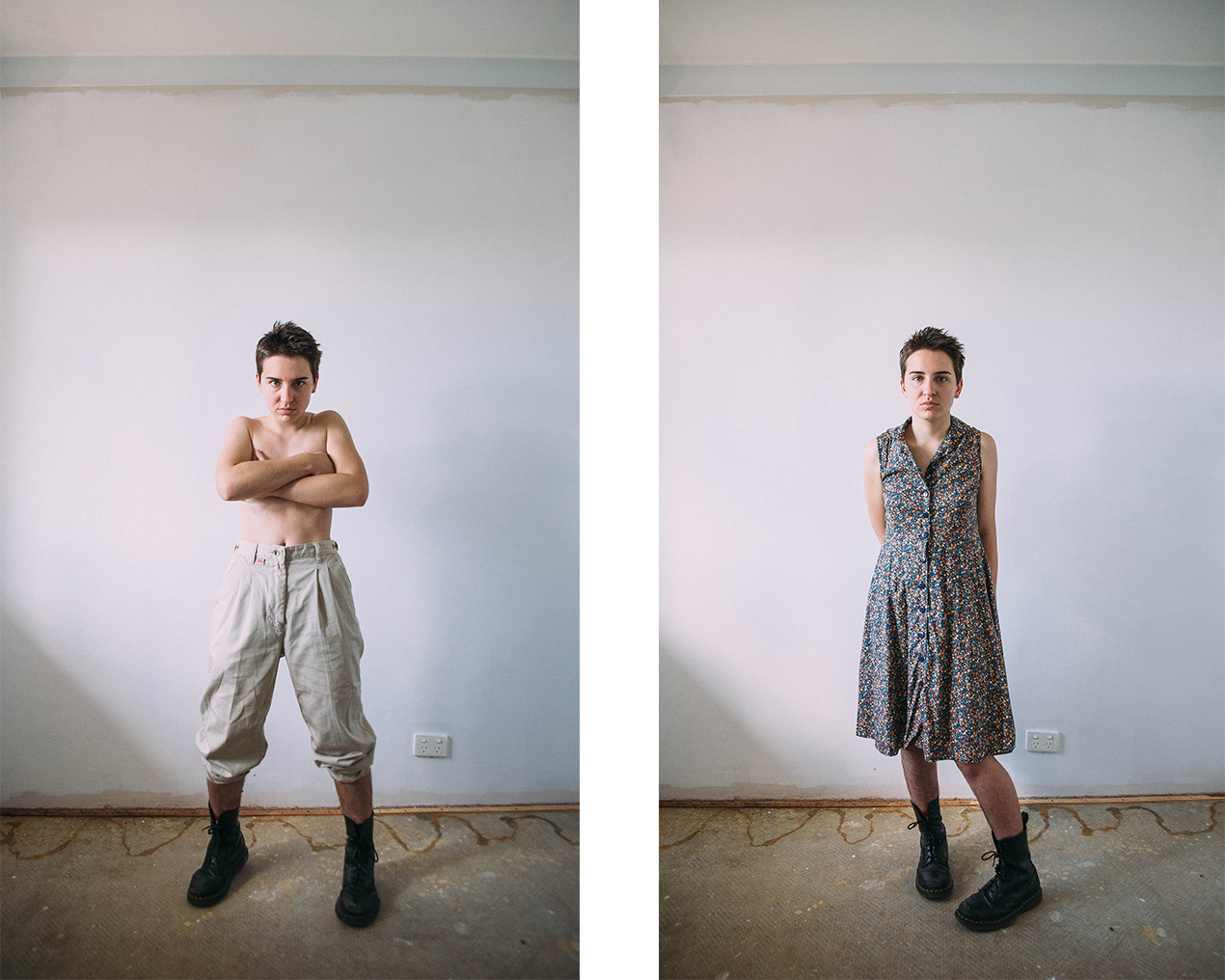 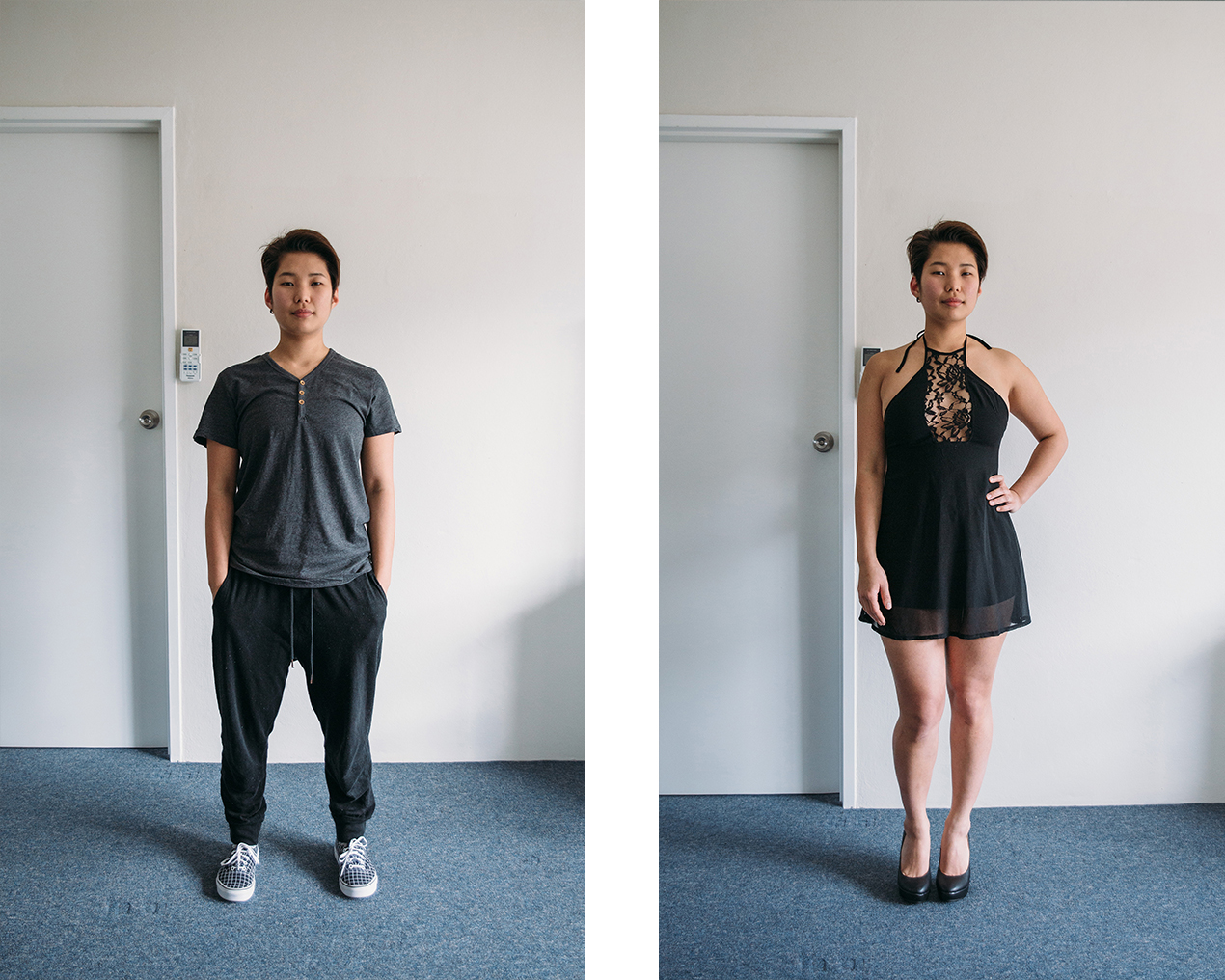 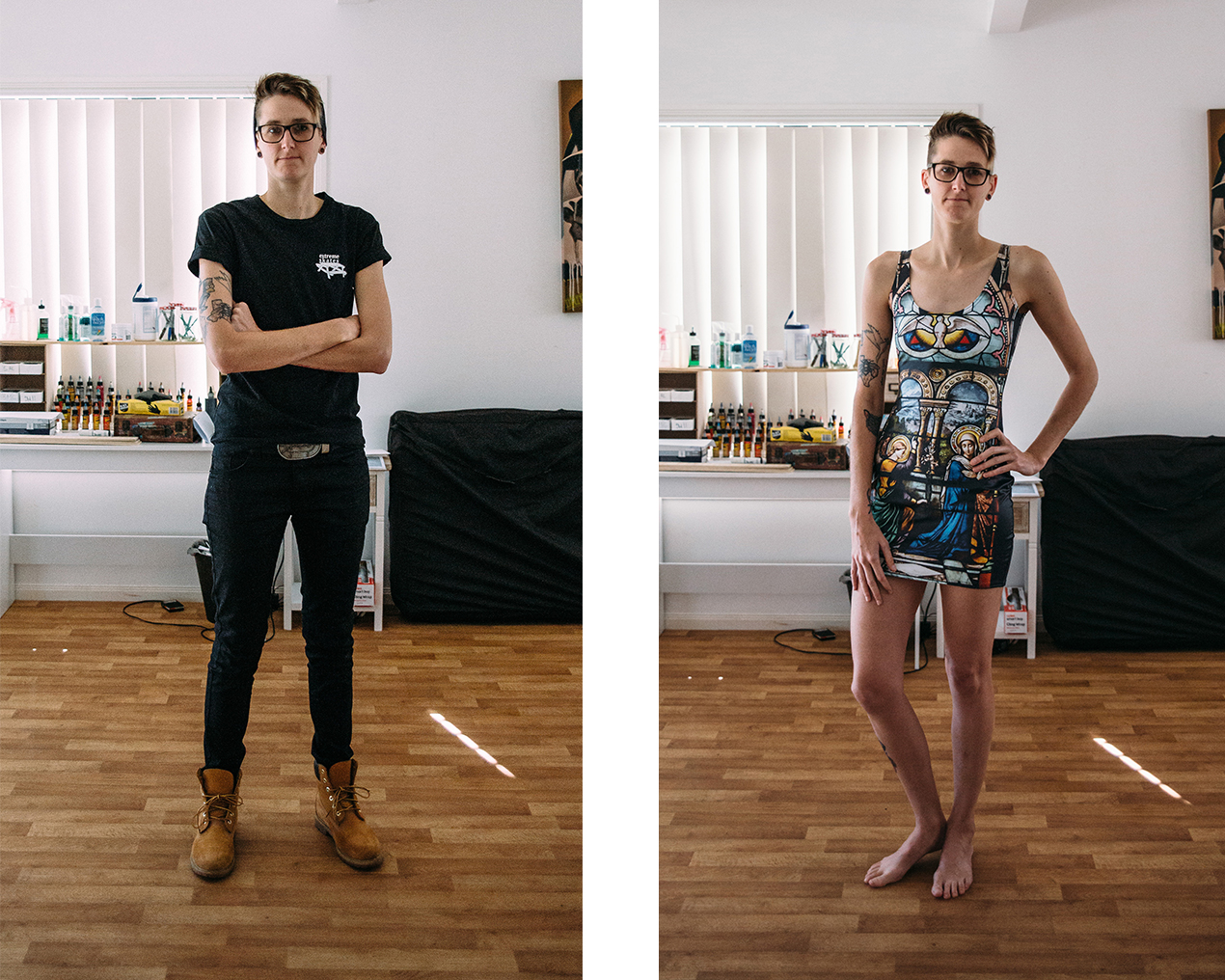