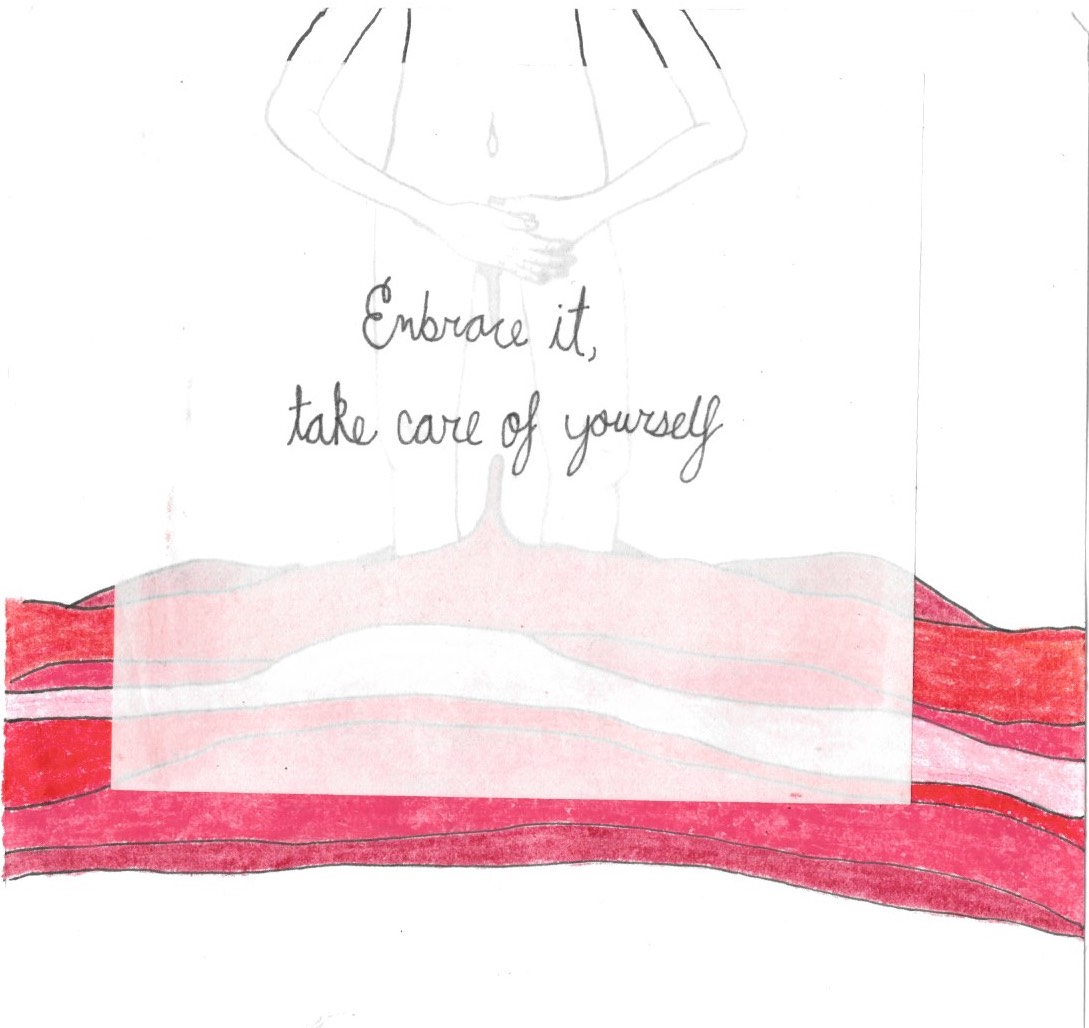 There are plenty of awkward situations that come with having split parents; I can assure you that I’ve experienced almost all of them. When I visited my dad’s house, I would be in a house with only males – my dad and my older brother – so when mother nature worked her magic and gifted me with my period, being the only person with a bleeding uterus was a little awkward.

It all started when I actually had my first period; thanks to my older sister, I more or less knew what to expect, but when it actually happened I thought it was the end of the world. I called my dad in tears; he couldn’t quite understand why I was so emotional, and to be honest, neither could I. My dad was at work, so the conversation was quick and ended with “you’re a woman now!” which I’m sure he said because he didn’t know what else to say.

So here I was with my first period, and I needed supplies–pads or tampons. I remember walking through the grocery store with my dad, until we reached the feminine hygiene aisle, at which point he came to a complete halt and whispered to me so quietly that I could barely hear him, “do you need that kind of technology?”, pointing to the pads down the aisle. I could not stop the burst of laughter; I assured him that my mum had provided me with what I needed so he didn’t have to worry about that.

Living with two males part time, I realized they really aren’t fully aware that when it’s that time of month, women can get some symptoms that they can’t understand. Cravings, for example – over the years I think my dad and brother have both learnt the difference between me wanting chocolate and ice cream and me needing chocolate and ice cream. Or cramps – oh trust me, I’ve copped comments ranging from “it’s just a stomach ache” to “it can’t be that bad.” I gladly put them back in their place with the gruesome details of how my uterus was in the process of shedding its lining, which grossed them out enough to stop the torment, and led us to always have a good supply of ibuprofen in the cupboard.

Over the years, I think I’ve become more comfortable talking about periods because I’m not as heavily influenced by the taboo that surrounds periods, portraying a natural process that no one should be ashamed of, as disgusting and vile. I used to want to hide the fact that I had my period from any male, but now I’ll be frank with them in explaining that the reason I’ve laid in bed all day binge watching Netflix is because it’s that time. The best thing I can tell any girl that is in a similar situation is don’t be afraid to talk about periods with your family. I know it’s easier to talk to a female about these things but there is no use hiding something that occurs naturally, and the more we talk about it, the easier it gets for everyone! Embrace it–treat yourself, eat that ice cream you’ve been craving, and leave the work out until your cycle finishes.

Kaitlyn Lafferty is a gallery host at the Denver Art Museum in Denver, CO. She writes and sells a really personal perzine called perpetual ambivalence about her misadventures and wonderment with all things life. Right now, she attends community college of Denver, working towards becoming a geologist. Outside of work and school, she is an artivist and organizer with a focus on energy justice and reclaiming emotions. She is passionate about nature, art and all the small beauties of living. If she could be any color at this point in her life, it would be a delicate shade of pastel salmon. Keep up with Kaitlyn on Facebook & Etsy.