Letter to Trump from a Queer Woman

By Ramona MagazineCURRENT EVENTS, Life, LIFE & RELATIONSHIPS, Think About This
No Comments

Writing by Dani Leever // Artwork by Georgie Zuzek // Your presidency and especially your future administration scare the absolute shit out of me, as is the case for many vulnerable and oppressed groups all around the world. 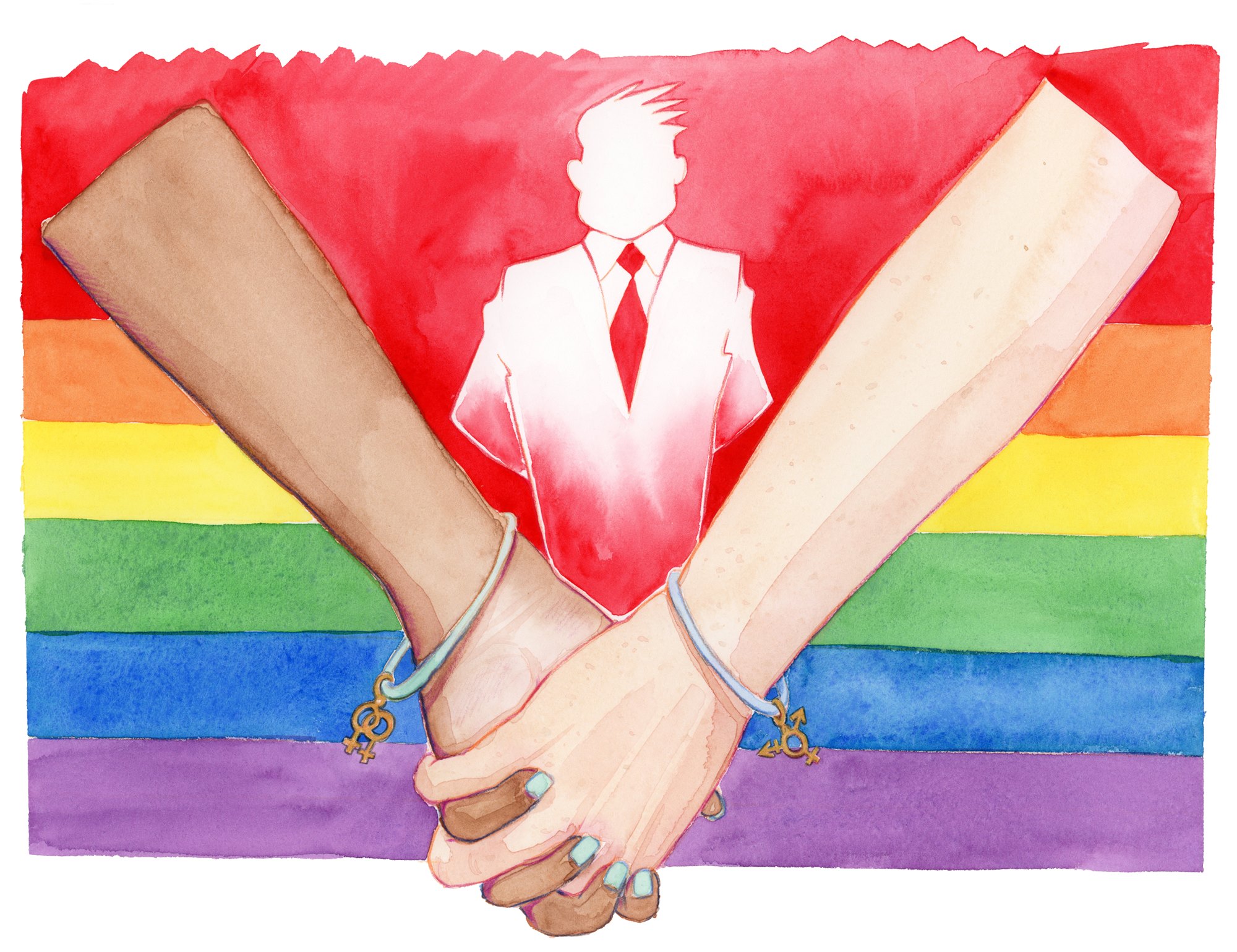 First things first: I am white, abled-bodied, and cisgender. I recognise that for people of colour, trans and gender non-conforming people, people of different abilities, people from low socioeconomic backgrounds, and any intersection of oppressed and minority groups/identities, the fear of the Trump election is more realistically life-threatening and horrifying than it is for me.

I sympathise with people who are feeling in danger and have already experienced discriminatory and hateful acts already. I understand that I am privileged to not be in any immediate danger. I will be speaking mainly of my experience as a queer person, but it is important to note that many communities, mainly PoC, are in danger and I cannot speak for them.

I am a queer Australian-American woman. Your election to presidency has been terrifying and severely upsetting. My friends, my family, and my queer community are horrified with the prospect of you running the United States of America. We are not surprised, because of the prevailing racist, homophobic, and sexist rhetoric of America, but we are terrified.

Your presidency legitimises hate. It gives the green light to acts of discrimination, and for people who benefit from and support the white supremacist patriarchy to feel confident in their oppressive views.

It’s been said that you’re the most LGBT-friendly Republican candidate in recent political history. Well, I can tell you that as you were announced to be winning the election, my queer friends and I sat in stunned silence. Not even the vegan cheesecakes we made could cheer us up. The America you will run will be one of hate and discrimination towards all minorities – including our community.

Did you know about the couple in North Carolina who found a note on their car saying “gay families = burn in hell. Trump 2016”?

Mike Pence is a wicked, vile man. How can someone who is the Vice President of the US believe that you can electrocute the gay out of someone? Do you support his idea to take money from HIV/AIDS research and put it towards gay conversion therapy?

You pledged to sign the Republican-backed First Amendment Defence Act, a law that would permit forms of anti-LGBT discrimination on the grounds of religion. Do you really think that being Christian is enough of a valid reason to shout “God Hates Fags”?

Do you realise that these acts, as well as the plan to repeal and dismantle Obama’s protections for LGBT people, mean that already-vulnerable people could be legally fired from their jobs across all sectors just because of who they love?

The decision you make on Supreme Court candidates will have enormous repercussions across the whole country for decades to come. Your public shortlist is entirely comprised of anti-LGBT conservatives, meaning that any decision that comes before the Supreme Court in relation to LGBTIQA issues essentially could be thrown in the garbage. Transgender rights, anti-discrimination protections, the ruling on same-sex marriage – these are so important to me. And they could all be doomed.

Did you mean it when you said you would consider using your appointments to overturn equal marriage? Is your intention to rip away this significant win from the queer community who have worked tirelessly for countless years to be recognised under the law as equal?

Will you make good on your pledge to repeal the Affordable Care Act, knowing that it protects transgender people from discrimination in accessing health care?

Mike Pence is dangerously dismissive of what he calls the “bathroom problem,” which is essentially the fight for trans people wanting the right to feel safe in public places. Do you mirror his rhetoric? Do you also not care? 2016 had the highest number of anti-trans legislation in history. Do you want 2017 to outshine that record?

Will the Civil Rights Act of 1964 ever be amended to outlaw discrimination based on gender identity and sexual orientation? Impassioned activists were working so hard for this to happen. Will it happen under you?

You haven’t released a policy plan on LGBT rights or on tackling HIV/AIDS. Do these things matter to you?

Your presidency and especially your future administration scare the absolute shit out of me, as is the case for many vulnerable and oppressed groups all around the world.

I have so many questions for you that I dream to have answers to. But they all really boil down to one: Will we matter in your America?