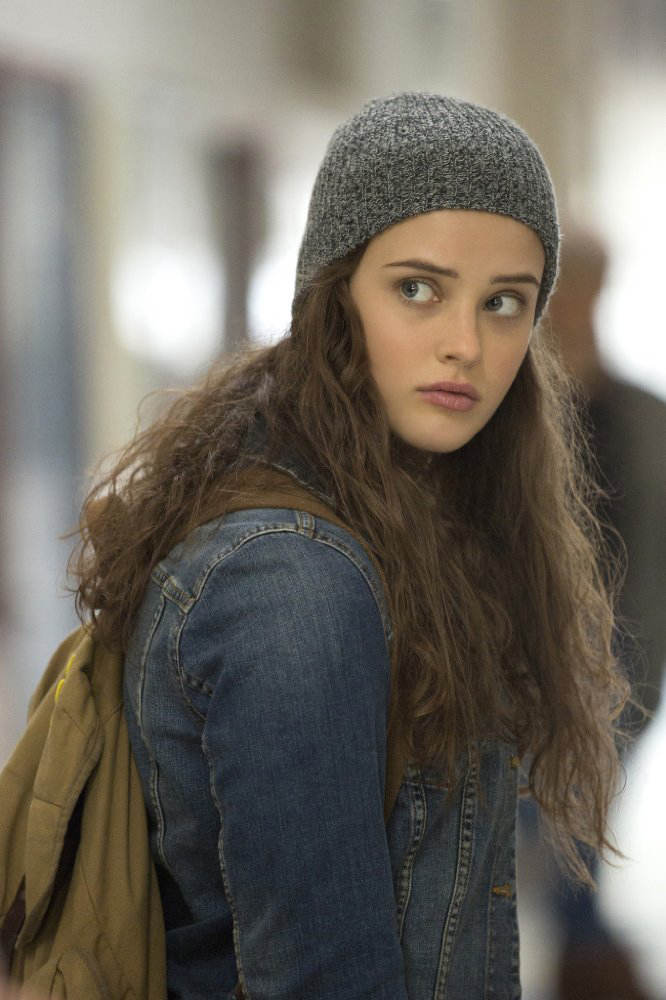 Content Warning: This article covers triggering topics including suicide and sexual assault. It also contains spoilers about the show 13 Reasons Why.

By the time I saw the fifth post by a friend on Facebook emphatically commending the Netflix series 13 Reasons Why, I decided I wanted to know what the fuss was about, so I hopped on the bandwagon and watched the show. For those who haven’t watched it, 13 Reasons Why, based on the book of the same name and released about three weeks ago, revolves around Hannah Baker, a high school student who recounts her reasons for suicide over the course of 13 cassette tapes recorded prior to her death. Each tape is assigned to a different individual, almost entirely Hannah’s classmates, and outlines the role they played in driving Hannah to kill herself.  We follow one of her classmates, Clay, as he makes his way through the tapes after Hannah’s death and struggles to make sense of his own reasons for being included. As a disclaimer, I haven’t read the book, so I can’t speak to that, or how the show may differ from or reflect the novel.

While I commend 13 Reasons Why for many things—particularly instigating crucial conversations on dire issues teens face like bullying, rape culture, sexual assault, and of course, suicide—I felt a strange sense of unease throughout watching it. When you’re watching a show about such upsetting topics, you’re of course bound to feel a little uneasy, and I expected that. But there was something beyond that, and it took me awhile to figure it out.

I consider myself a deeply compassionate person, particularly when it comes to mental health issues, because I’m someone who suffers from major chronic depression, and I’ve struggled with self-harm and suicidal thoughts in the past. So I was surprised and uncomfortable with myself for feeling less empathy for Hannah than I would have expected, especially as I saw more and more posts on social media from other people citing their own experiences with mental illness as the reason they so deeply identified with the show. What was I missing?

When I finally encountered the first post on Facebook from someone berating Hannah in 13 Reasons Why for essentially being a “whiny vindictive bitch”, I realized what one of my underlying concerns is: that the show will elicit compassion only from the people who already have it—particularly people who have struggled with the issues portrayed in the show, from bullying to sexual assault to suicidal thoughts. The people who sympathize and empathize with the Hannahs of the world are the people who don’t need to learn the take-home messages of the show: that compassion is crucial, that we should always remember we don’t know people’s stories, and that our actions truly have the power to affect others. I think it’s the people who actually really need to learn these lessons, who could really do with some increased compassion or understanding, that won’t be reached well through this show, and perhaps will even be pushed further away from “getting it.” Unfortunately, to those people, I imagine Hannah’s story will further insensitivities about suicide and mental illness. They’ll see a girl that they get to know little about (something I felt strange and sad about—we hardly get to know Hannah as an actual person), and therefore don’t get the chance to relate to, identify with, or root for, act out a cruel revenge plot against the people who harmed her, leaving destruction of her family and her friends in her wake. They’ll see a portrayal of mental illness that “confirms” harmful stigmas: that depression is a choice; that people who are mentally ill are defective; that suicide is a sign of weakness. They’ll see a bitter girl who decided to make a selfish, revenge-driven decision instead of a girl who deserves your compassion.

Indeed, even to me, Hannah’s suicide seemed to be portrayed as less of a result of crippling depression and more like an act of revenge, which I don’t believe was the true intention of the show. I think we were meant to take away that it was the shit Hannah went through that led her to depression that culminated in suicide, not that she was driven by a shallow motive of revenge, so it feels like they missed the mark. Unfortunately, as it is, because the show revolves so greatly around Hannah’s calculated intentions to cause other people pain, I worry about teens who would derive the following message from the show: when someone hurts you, the best response is to hurt them back. In more extreme terms, if you kill yourself, THEN people will care. That’s the best way out. That’s the best way to make people understand how much they’ve hurt you.

And this is where my unease with the show ultimately arises, and where the compassion I have for Hannah dwindles. I’m extremely hesitant to condone a character or person that ultimately seems to be pointing the finger and punishing others in such a cruel, manipulative way for her suicide. I want to have empathy for Hannah, and I did—she experienced some pretty horrific stuff, and a resulting depression is justified and understandable. And I would never judge someone’s choice to end their own life, because I don’t think it’s within my right—or anyone’s—to make judgments about a personal choice that we could never understand. But I’m deeply uncomfortable with Hannah’s response to her classmates’ actions. For one thing, while the “13 reasons” were all pretty terrible experiences for Hannah, I think there was quite a range of level of offense. On the one hand, you have Bryce, a classmate who raped Hannah (as well as another classmate of both, Jessica) and who deserves serious consequences. More than any other character, I felt no identification with or sympathy for Bryce and the disgusting, fucked up things he did. I found the scenes with Bryce the hardest to watch. On the other hand, you have Ryan, who made an arguably well-intentioned mistake of publishing one of Hannah’s poems in a school zine without her permission, or even Sheri, who abandoned Hannah after crashing into a stop sign in her car (later resulting in the death of another classmate)—a horrible mistake and terrible decision, but also a very human one. Should Ryan and Sheri really have to live the rest of their lives feeling as if they were the reason someone they once considered a friend killed herself? It seems hypocritical—isn’t the whole point that we should have empathy and not make assumptions about people’s back-stories and motives?

I think the show wants to remind its viewers that our decisions have consequences, and we should be held accountable for the way our decisions and mistakes affect others. But by that logic, perhaps we should be holding Hannah accountable as well for the way she chose to force other characters to face their mistakes. Take Tyler, a classmate who “stalks” Hannah, taking pictures of her and eventually sending a photo around school of Hannah kissing her classmate Courtney after Hannah rejects him. His action should have had consequences, and he needed to learn that what he did was absolutely not okay. However, Hannah instructs the people who listen to the tapes to throw rocks through Tyler’s window—and isn’t that bullying too? Don’t we not know anything about Tyler’s story, about why he “stalked” Hannah and did the things he did? And was Clay’s decision to take a naked picture of Tyler and send it around school as revenge, instead of “just” throwing a rock through Tyler’s window, really justified or acceptable? Just because Tyler sent a picture of Hannah around school doesn’t negate the fact that what Clay did was also bullying in and of itself. Or take Alex, a previous friend of Hannah and number 3 of her 13 reasons. Alex attempts to end his own life at the end of the show and is left in critical condition, and it seems that his motivation was primarily the torment he experienced through Hannah’s tapes and the blame she laid upon him. One tragedy is followed by another. How can I feel a deep sense of empathy with Hannah if her own vengeful actions drove another person to attempt suicide as well? Even if Hannah is a “better” person than Alex (and I’m not saying she is), even if his actions were worse (and I’m not saying they were), NO person should have to endure a pain that leads to a desire to end their life. Do we really want to teach teens to fight fire with fire? That two wrongs make a right? If you ask me, the answer is a resounding “no”—but 13 Reasons Why seems to teach otherwise.

Overall, I think 13 Reasons Why is a powerful means of facilitating difficult and important conversations about some of the most serious issues teens face today, and there’s not perfect way to portray or talk about these sensitive topics. But I worry about the ways the show will cause more harm than good in the realms of destigmatizing mental illness and cultivating compassion.

PS: I, like many people, feel conflicted about the graphic scene that shows Hannah’s actual suicide. Some people have said that the show romanticizes suicide—and I disagree. That, I believe, is something the show did right. As show-writer Nic Sheff says in his essay “Why We Didn’t Shy Away from Hannah’s Suicide,” he wanted to “dispel the myth of the quiet drifting off” that we often see in suicide scenes, and instead depict the graphic horror for all that it is. And that scene was definitely both graphic and horrific—if you choose to watch the show, please be warned that it is NOT for the faint of heart. I also agree with Sheff’s points that unflinching portrayals of difficult, real struggles people face, suicide included, are important. Silence doesn’t help. A lack of conversation doesn’t help. Pretending these problems don’t exist doesn’t help. However, I also couldn’t help but think about the “Werther effect,” in which publicized suicide often triggers “copycat suicides.” It seems deeply irresponsible of the show to not at least include support resources for those with suicidal thoughts alongside the warning of graphic and triggering content, especially considering how susceptible teens are to the contagion effect of suicide. With that in mind, here are some international resources for suicide prevention, as well as resources for bullying and resources for sexual assault.