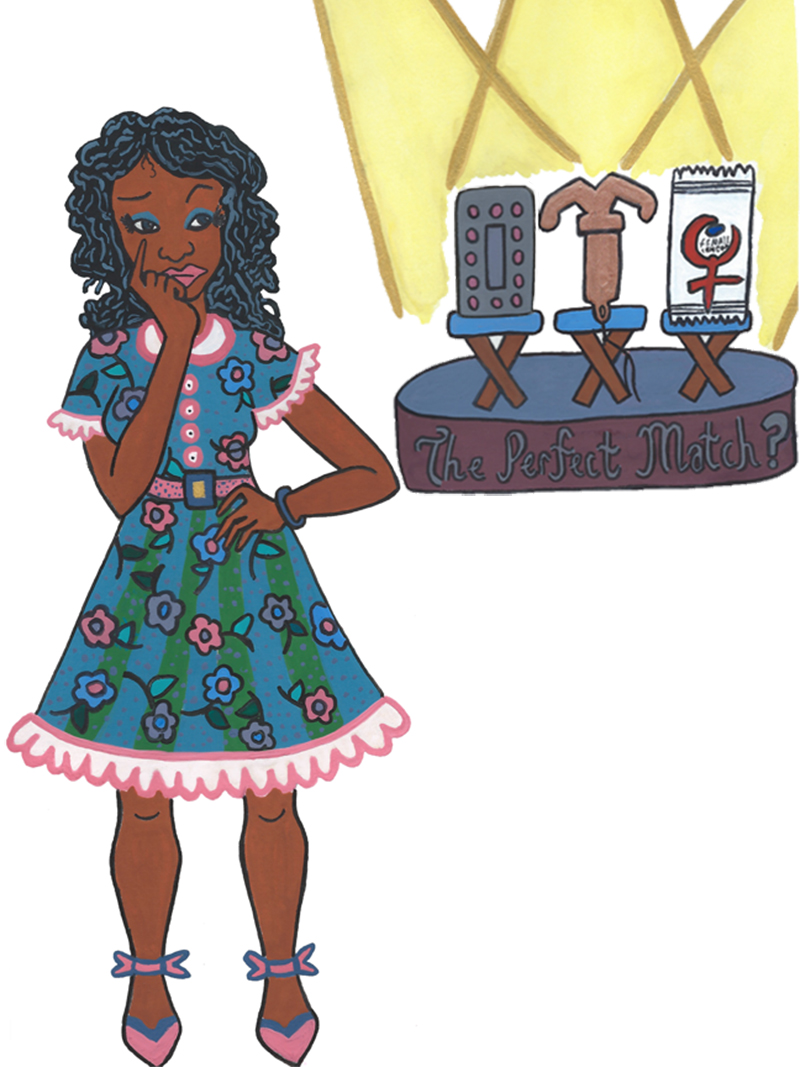 I live with my Nan and she’s a very old fashioned lady. Her advice for avoiding getting pregnant is not to have sex at all, “which is proved to work 100%”, she says – but it’s also 100% unrealistic.

When I found a serious boyfriend there wasn’t any stress to organise or change anything in the context of contraception because I was already on the pill. When I spoke to my friends about birth control, most of them were on it as well – it seemed oral contraception and condoms were the norm.

What I had no knowledge about was how many other birth control options were available to me. The pill works for me, but with my heart condition, having a monthly period increases the severity of my symptoms to the point of complete bed rest the whole duration of my period. So, I went to my big sister for advice about other options that might be beneficial for my situation, and she recommended ‘The Rod’ or the implant. To be honest I immediately dismissed the idea because of the bad things I’d heard about it from my peers – all of which were myths she’d assured me.  There might be side effects but the pill also has side effects and I didn’t experience any of those.

After talking to my sister I researched what she’d suggested and realised just how many birth control options were out there. I’d only been aware of what I had been taught in health class, the very brief “use a condom, take the pill and you won’t get pregnant” message which sure, proved to work but I wanted something that would better suit me. I’d heard of girls struggling with the pill, and the side effects that can come with it but I’d never really thought  about alternatives.

After watching hours of YouTube videos of women talking about their experiences of different forms of birth controls in the search to find which would best suit them, I was shocked to realise just how many options are out there. From female condoms, to contraceptive injections and Intra Uterine Devices. I wondered if there were other girls my age as unaware and uninformed as me? Must be, I can’t be the only one.

This is what should be talked about, what all young people need to be aware of, to be taught as essential common knowledge, and not something young girls should be googling or looking in books for in their bedroom because they’re too embarrassed to ask their parents about. Whether it be the taboo of talking about sexual health or just a lack of knowledge overall as a population, I think we could all benefit from new and improved sex ed classes.