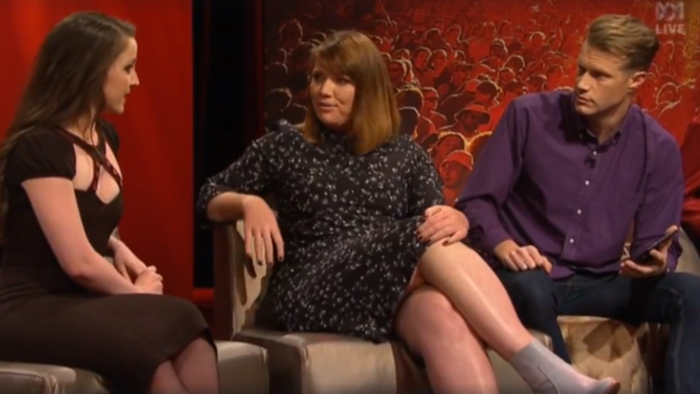 Recently, the ABC aired a live debate on whether ‘Male privilege is BS.’ I don’t know about you, but that title seems a little questionable. Isn’t debating the existence of male privilege a total step backwards for us as a society, when it so clearly does exist, and has existed since the beginning of civilization? And then, at the end of the debate, I found it had just reinstated the reasons why we need feminism. Let’s take a closer look.

The panel of the show included people with various opinions surrounding the gender debate. There were feminists, anti-feminists, a transgender man and social commentators.

The arguments of the anti-feminist side of the debate basically consisted of the belief that men are being disadvantaged by today’s society, and that men’s voices on issues are being silenced. The thing that these people don’t seem to realize is that the male suicide rate, for example, actually has nothing to do with feminism.

Nor has basically any other men’s rights issue. I really doubt that feminism is encouraging men to kill themselves. Other things they mentioned were how domestic violence towards men is supposedly overlooked. This is not the fault of feminists either. And, for another thing, if domestic violence against men concerns you that much, why don’t you go and actually do something about it, like build men’s refuges, just like women did for women fleeing DV situations?

Just because women’s issues are getting more attention now than they did in the past, it doesn’t mean that men are being grievously oppressed.

If MRAs were a genuine, intellectually thorough movement, they would have realized by now that many of the supposed issues men face are results of toxic masculinity, not of the feminist movement. For example, an argument commonly used by MRAs is the forced conscription of men to fight in wars. The thing they are forgetting is that women were fighting to be allowed into combat roles for much of last century, and it wasn’t until the 1970’s that they were allowed into most branches of military service in various Western countries. Feminists have often been the ones fighting against conscription in general, as they believe that war serves the interests of the patriarchy, and that conscription would force men to be part of a sexist institution. Also, the expectation of men to fight in the armed forces is a result of toxic masculinity, and the patriarchal assumption that men are tougher and more able to be de-sensitized.

And another thing, which was quite saddening about this ‘debate’, were the women on the panel who were against feminism. It seems a shame that they have not yet realized that many of the freedoms they possess today are a result of the feminist movement fighting against patriarchal constraints throughout time. For instance, if it weren’t for the courage of women’s rights fighters throughout the ages, they would not be able to have a bank account in their own name. They would have to hand over their assets to their husbands when they married. They would be expected to drop everything to have children. If they experienced violence or harassment at the hands of a man, their stories would be dismissed as lies or hysteria, and not taken seriously. Their attackers would be defended, despite their actions. And, unfortunately, for many women in Australia and across the world these conditions of being female still exist.

Most disturbing of all are those women who believe that women, for some reason, don’t deserve the same rights as men, and that they deserve to be treated like mindless, docile objects. Yes, they do exist.

Given those musings, it is disappointing at the very least to see Hack Live giving oxygen to a movement that is nowhere near as well-founded as feminism. The Men’s right’s ‘movement’ only sprung up recently, like a noxious weed and all it really is, is a reprisal against feminism, and shows that some men are threatened by the fact that women are finally getting some attention surrounding their issues and disadvantages which have been plaguing our gender since the beginning. 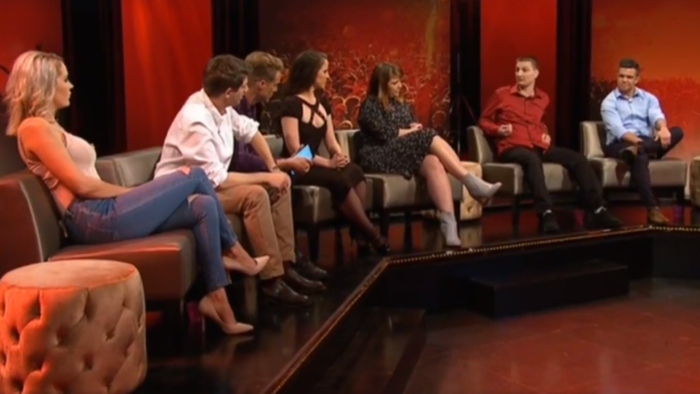 Astrid is a 16-year-old Melbournian who one day hopes to be a diplomat and travel the world but for now she is stuck at high school and otherwise passes the time by reading, cooking and expressing her feminist rage.

One response to “A Feminist’s Perspective on Hack Live”