Writing by Giulia Nicosia // Photography by Tiziana Gualano // So, here I am, making the decision to write a short letter full of clichés to myself right now, from myself right now… 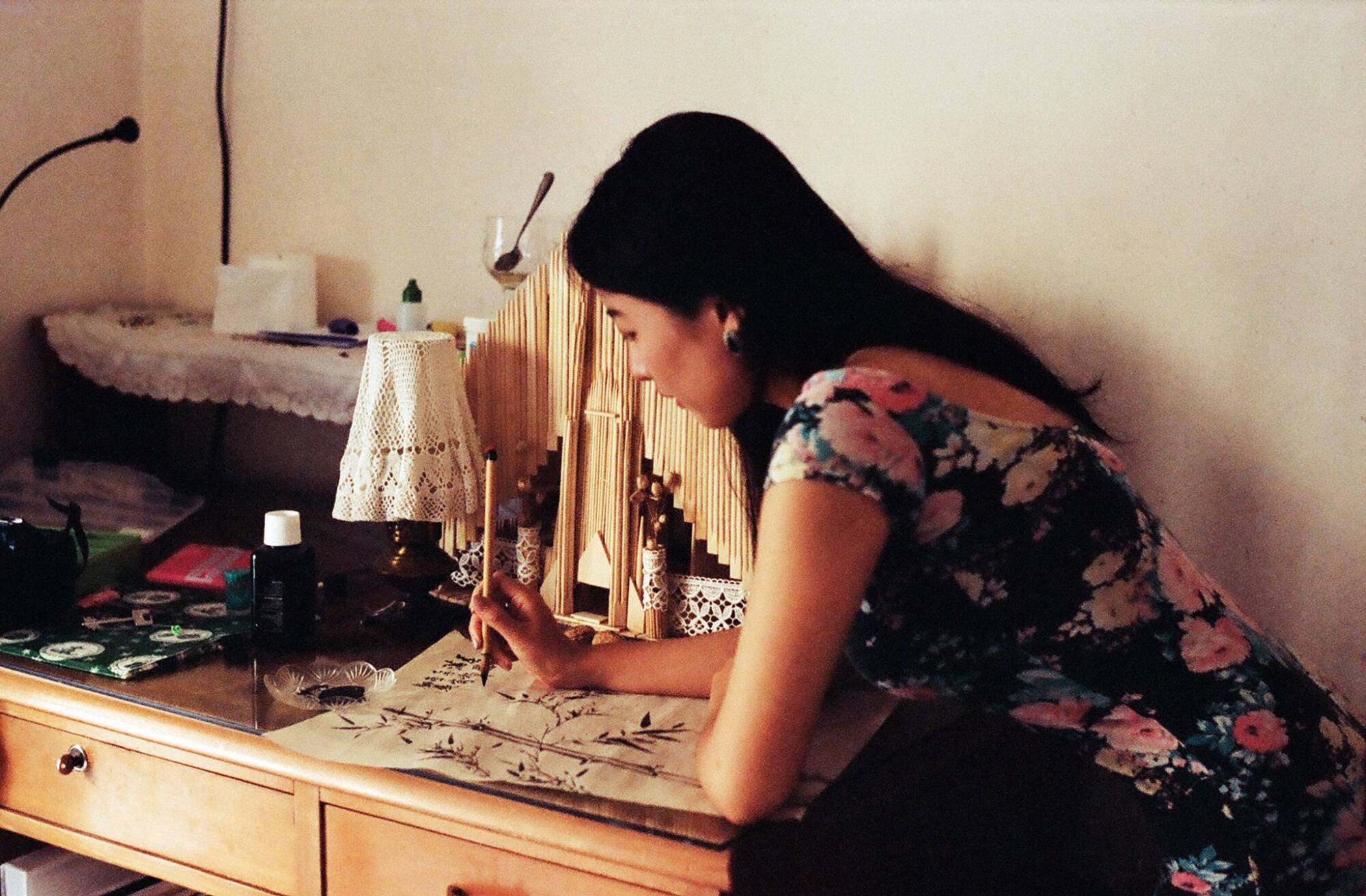 My writings, drawings, and creative creations, including this very letter, are usually inspired by somebody else’s, whose – as you might guess – was inspired, yet again, by someone else’s.

What motivated me to pick up my pen and paper – or, let’s be honest, keyboard and screen – was a 26-year-old girl’s wonderful letter to her younger self. I braced myself to be overthrown by the beauty of similarity and diversity in human experiences, all brushed by my passionate desire to learn more about human brains and their experiences connected to vibrant emotions. As expected, reading the letter caused that little machine at the top of my head to spiral into endless thoughts animated by tiny caricatures defining self-worth and its opposite counterpart. The first thought to mercilessly engulf my mind was the known re-realization that the similarity of feelings about one’s experience of life could answer my questions as to how humans can live different lives in different bodies, but that could almost be linked by the same soul. Therefore, viewed under a weird perspective , the whole human existence can be grouped into one single body.

As you can tell, my brain’s favourite hobby is to wander off in its own world, so, before I start rambling dangerously, or as academics like to say, fall into the trap of verbal diarrhoea, I’ll come right back on track with my second and most important realization. Without undermining the astonishing power and beauty of understanding personal growth and achievements by writing a letter to the younger or future self, I couldn’t help but notice that it almost falls into cyclic routine. There is a large amount of the latter and a larger lack of an attempt to understand growth in the present moment, in the now, through a letter written to what I’d like to call: the present self.

Books, texts, lyrics, and poems all seem to attribute wisdom to old age, to the passing of time, an act that forces me to believe in the notion of people – in broad and general terms – who forget to take into consideration each present step which shapes our way. Therefore projecting the self straight up in the future allowing it to re-consider the past self. Thus, forgetting to acknowledge the present self as it would assume notions of either it being the past or the future self. Trust me, I know, it appears to be very confusing, but not if we had to take time into consideration.

We seem to have the right words for our teen selves only when we cross a specific age and we gain the extraordinary ability to stare at the ceiling with a patronising smile drawn on our face as we mumble, ‘Oh God, there are so many things I know now I wish I knew back then…’ Well, in actual fact, we know and have always known ourselves. We have always known these tiny details and have always been aware of things we should change or stop disregarding. However, we just weren’t and aren’t ready to accept and live by them yet, at least not as much as our future self will be. I know there is much more to beauty and appreciation of self than the way my body looks, I’m just not ready to accept it yet. I am aware that I deserve to give myself time to grow and gradually understand life, I’m just not ready to accept that either, because rushing through life seems far more appealing right now. So I suppose that’s why people write to their younger selves: to share the lessons learnt as opposed to sharing any knowledge about ourselves.

I know you love writing and I’m glad that you’re finally submerging your brain into it after months of silencing your inner voice, so here I go, I have a few things I want you to know.

‘You’re doing great’ is what you always like to hear. You’ve got amazing friends to have a great time with, as well as pretty awesome friends who are willing to sit down, listen and help you grow through reflection. I urge you to actually digest these conversations, absorb the advice, and act upon it. Take note of your own advice too, because while you’re focused on ranting at somebody’s face, with an overwhelming amount of passion, on their importance and worth, a little bit more each time you’re forgetting about your own.

While you have long conversations in which you constantly attempt to understand yourself, your behaviour, actions, words, thoughts, art, and so on, stop blaming others or fake representations of impossibilities instead of holding yourself accountable for not achieving your goals. If you stop lazing around or thinking far too much instead of doing, you’ll see that you’re capable of achieving things you think are far out of your league.

I understand that you might feel lost at times, that things don’t really make sense, and what you think you enjoy on some days, you despise on others. Talking and thinking sound great on some days and terribly disgusting on others. Both are equal possibilities; that’s why you’re making sure to surround yourself with people mature enough to understand and accept both your loud voice and silence.

Extremes appear to be your best friends; you are either on one edge or on the opposite side of the scale hanging with two burnt fingers on the cliffs at the opposite rim. Finding balance is a hard challenge you’re constantly trying to overcome as doing and being intertwine in one atom and you lose sense of time.

Listening is for you a form of respect and appreciation towards others. However, at times, you unconsciously forget to listen and begin to hear the indistinguishable noises twist and twirl themselves into shapes representing your mind’s illustration of unconnected thoughts. But you smile and nod as you force your brain to reconnect with its ear because as you like to appear, you are in fact nice and sincere.

Walls and bricks come always handy when a conversation starts getting sticky as the fluidness and smoothness in each  wave of words starts to interfere. Enemies such as vulnerabilities become ever more so clear as you try to brush them off hiding them behind bright white teeth and distant stares in the atmosphere.

‘Happiness’, ‘priorities’, ‘time’, and ‘help’ are all words you’re trying to understand. Your opinion regarding where you stand seems to change to no end. The fourth depends on the first, the first depends on the second and the second on the first. The third seems to swing by itself. However, don’t rush; things half-done and half-felt are never the best for your soul.

Love, not just for others but for yourself. ‘Narcissism’ and ‘cockiness’ are words you clearly don’t really understand, so put them aside as you open up your world. Get out of your head and your thoughts, just present yourself for who you are and it will all go in the right sense. Judgement needs to be banned as you start to treat yourself in the same way you treat your friends.