The Not So Best Four Years Of My Life

By Ramona MagazineLife, LIFE & RELATIONSHIPS, Think About This, Your World
No Comments

Writing by Julie Young // Photograph by Alexey Green // It’s okay if high school wasn’t “the best freaking days of your life.” Those days are yet to come. 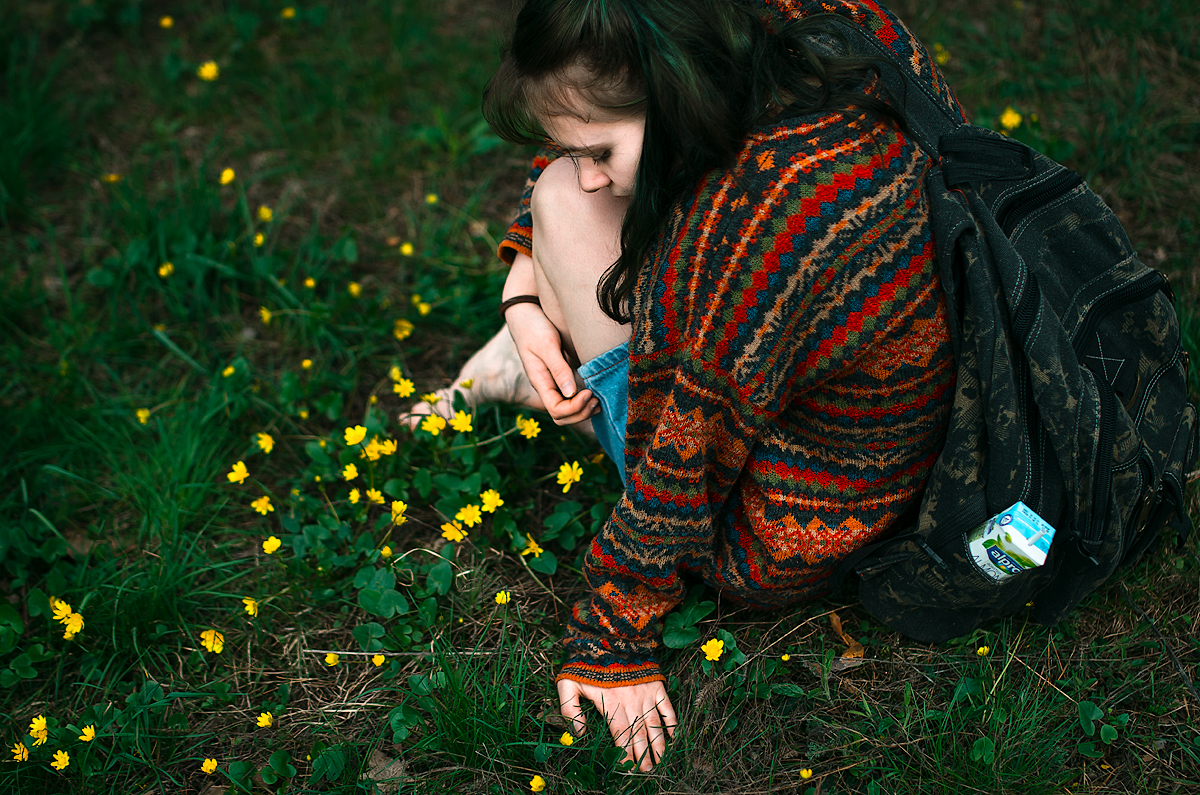 Being a scared little anxious freshman, my older friends reassured me that high school would be the best four years of my life. And maybe for some people it is, but it definitely wasn’t for me. It’s not like I wanted to end up here. Four years and what had I learned? Had I even changed from the immature freshmen I was not so long ago? Those four years felt like a lifetime. I really didn’t think I would make it this far. What I can gather from my four years of high school is this: it was nothing like I had expected.

I imagined having a cute decorated locker right next to my best friend. I did get a locker next to my best friend, but within the next few months we had drifted into only shyly waving hi to each other across the halls. I fantasized the peak of my social life at high school parties. My first high school party lasted about 10 minutes before my parents found out I had lied to them and I had to leave. But I wanted to leave anyways. I felt so anxious due to all the loud noise, weird smells (you can guess what that was), and the paranoid feeling I had that everyone was staring at me. Then of course there were the dances. Homecoming, Prom, Sadie’s–all the hyped up social events I didn’t go to. Well, technically I did go to homecoming, but it was pretty awful so I try to forget it ever happened. There was always pressure to go to these dances. But I know for a fact that most people only go for the Instagram picture opportunities, and not the actual dance so I feel like I didn’t miss out on too much.

At the beginning of freshman year, my counselor made us create goals for the next year of high school. Two of my goals were to get all straight A’s (I laugh about this now) and to be one of the best runners on cross country. Spoiler: I slacked off freshmen year and got shin splints the second month of running cross country. Basically, neither of my goals were achieved. I know now that these goals were unrealistic for a freshmen like me, and it’s okay that I didn’t complete them. Not everything goes as planned and I’ve accepted that.

I thought my senior prom would be how it was in the movies. Everyone’s heads would turn as I walked through the doors and my date would gasp in awe. Senior prom can be a big deal to some people. Like it’s your first place trophy in exchange for four years of stress, anxiety, and no sleep. Totally worth it! But I decided not to go to my senior prom. Sure, I was invited to go with a few groups, but ultimately I just didn’t feel up to going. Maybe I should have gone because it is part of the classic “high school experience”, but I realized it wasn’t the end of the world if I didn’t go and I’m okay with that too.

I imagined getting into my dream college. I would be standing in front of family and friends proclaiming that I had just gotten into the most prestigious school. I did get into college and I’m proud of myself for being accepted, but I realized I only applied to those colleges because everyone else was applying to them. It also hit me that I had no idea what I wanted to study and that I wasn’t ready to jump into the college life. I wish it was what I had expected; all of my friends seemed excited about their decision to move away. I’m happy for and jealous of them all at the same time. I want to move away. I want to live in a dorm and walk the campus like I own it. But in reality, right now just isn’t a good time for me. It’s a process to work up to that independence and even though I crave independence, I know it’s not the best choice for me right now. Hey, I hear community college is great for taking naps in your car between classes.

Finally, the day that defined it all: graduation. The classic song, “Pomp and Circumstance” (I had to look this up), would be playing and everyone would laugh at that one kid who tripped on the stage, hopefully not me. Anyways, everything would be perfect. My expectations have declined, to say the least. Now I just want it to be over.

I was diagnosed with general anxiety and depression during my freshman year, so it was harder for me to participate in everything at my school. It’s gotten better over the years but I would always worry about going to big social events. My thoughts spiraled around the idea that I would embarrass myself by being totally awkward. I felt like I was missing out on being a teenager. I had many opportunities where I was a typical “rebellious” teen, but they didn’t fit into the school spirit category that was apparently very important at my school. Eventually I discovered that I could experience my teenage youth without going to every social event. Even though I didn’t do all of the “normal” high school activities, I think I turned out pretty dandy.

As a high school senior with less than 10 days of school left, I have really been reflecting on my time in high school. Sure, it wasn’t all full of rainbows and sparkles, it definitely wasn’t like anything I had seen on TV or in the movies, but it was ultimately a good time for me to grow and develop as my own person, and I think that is one of the most important things that someone can gain from high school. Not the amount of parties they go to or how many times they were asked to homecoming–it’s about the growth. Feeling like I was missing out because my anxiety was preventing me from being more social helped me become more comfortable with being by myself, and not in a lonely way. Whenever I did go out, I really tried pushing myself out of my comfort zone, and that also helped me become more independent and confident with myself.

All of these high school events are not mandatory for you to succeed in life. Of course it’s fun to dance at homecoming and go to graduation, but no one is saying you have to do any of these things. Sometimes it’s okay to say “screw it” and stay home to watch Parks and Recreation. Don’t feel like you’re missing out on a big chunk of your life if you don’t go. It’s also okay if high school wasn’t “the best freaking days of your life.” Those days are yet to come.