The True Overachievers of This World

Writing by Olivia Ireland // Illustration by Franz Lang // Numbers, medals, and certificates seem to define a person’s achievements. However, what really adds to the quality and depth to a person’s time throughout university and life is having the ability to lift other people up, commit even when the world around you says no and create a positive environment. 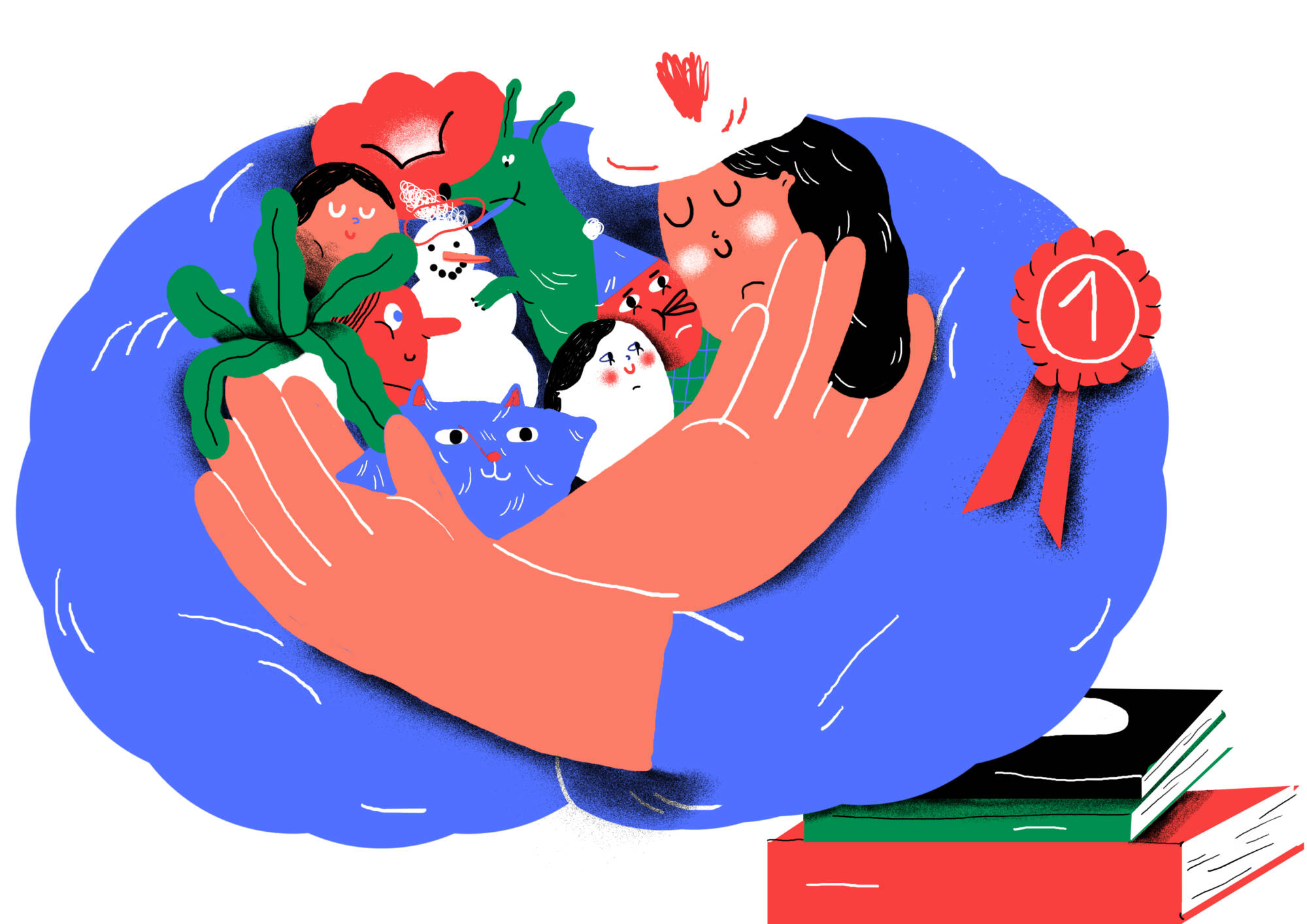 I have always surrounded myself with over achievers: various incredible people succeeding in various incredible things. From being able to run 100km, to getting straight HD’s and perfect ATARs (or a combination of both). During high school, there was a small group of overachievers, and I suppose you could say I was one of them. Now I am at college with a larger group of people, who were all accepted in here because they. Instead of interacting with people who are incredible at one specific thing, or who commit themselves  enough to be successful at everything, the over achievers of over achievers in my new environment are truly brilliant at everything.

From an outsider’s perspective, this is utterly terrifying and intimidating, and from an insider’s perspective, it’s quite easy to fall into the trap of being so overwhelmed that glorifying these people or trying to be one of these people feels like the only answer. Firstly, however, if you find yourself in an environment such as mine, you probably are already an overachiever. Secondly, what makes your CV stand out are not the true elements of an overachiever, but rather your impressive characteristics.

So what exactly is a true overachiever? Well they come in many forms, and have a varying degree of talent in particular areas, but they all share one unanimous characteristic. They will do things for others, simply to help people have a better day and they have little care on what others think of them. It’s these selfless, brave and innovative types of people who you will see as our world’s leaders.

Now don’t get me wrong, anyone who is committed, hardworking, and strong enough to be successful academically, musically, or physically, definitely deserves the credit, and are often people with incredible attributes to their personality. However, here I don’t want to glorify these specific tangible goals and achievements. Instead, I want to glorify the sometimes unsung attributes of an overachieving environment.

To the people who fail, yet stick to a subject and refuse to give up “as our generation gives up too quickly on things and it has become an unfortunate norm”. To the people whose hard work only receives a credit, while people around them do little work and pull out distinctions. To the people who send a small quick message thanking you for looking after them during a tipsy night out—regardless of how awkward and embarrassing it may be to send, it’s something truly appreciated by the recipient. To the people who specifically search a person out to complement their writing, debate speech, or contribution to a team sport, adding that extra bit of self-confidence to a person’s day. To the people who take the time out of their day to have coffee with you. To the people who always smile at you in the corridor, to the people who work hard to include everyone in a discussion or a dancing circle. Your personality traits make you the true overachievers in this world.

Numbers, medals, and certificates seem to define a person’s achievements. However, what really adds to the quality and depth to a person’s time throughout university and life is having the ability to lift other people up, commit even when the world around you says no and create a positive environment. Instead of focusing on tangible achievements, it’s sometimes important to recognise people for their kindness and generosity, their emotional intelligence, and their confidence to be themselves.

Of course, most people I am talking about in this article are also overachievers with medals, certificates and HDs, however that’s not what they advertise about themselves. Instead what they advertise is inclusivity, kindness, and depth. These are the people I look at knowing they will become something exceptional and great in this world. So, my advice to whoever’s reading this, is to learn to appreciate those for their depth, rather than what you’d simply read on their resume. If you are an overachiever reading this (let’s be honest, most of you will be), don’t hold back on your tangible achievements, they do deserve to be seen and heard, however, let your personality, kindness, and emotional intellect come through louder, because they’re the people this world really needs and appreciates most.