Writing by Claire Wastell // Photograph by Stefania Papagni // It is always hard to find the right information, especially with our busy lives, and to identify the key points among the mass media and useless gossip of our local politicians. 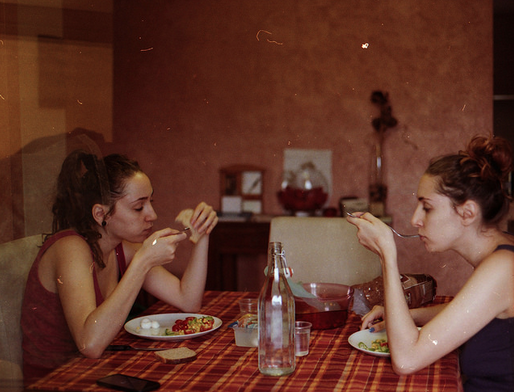 Politics. That subject that comes up at awkward dinner conversations. Do you ever feel like you don’t know how to contribute to what is being said? Australian politics is confusing enough as it is. The news is bombarded with politicians and ‘she said’, ‘he said’, but to actually figure out the policies behind each party can feel near impossible. Then we head overseas to the erratic Donald Trump and corrupt North Korea. But other than knowing that these leaders have scary tendencies, I felt like I couldn’t add any factual evidence to back up my opinions. This article aims to give the low-down on basic Australian politics in a way that makes sense—how it’s made up, how voting works, and what the major parties views are on the issues we care about.

Firstly, let’s look at Australia’s political system. Australia is a federation, which means that there is combination of shared rule for some purposes and regional self-rule for others, occurring within a single political system so that neither is subordinate to the other. We have an overarching allegiance to the Head of State, The Queen, which coordinates with Australia through the Governor General. Internally, we have 3 levels of government responsible for different things at a Federal, State, and Local level, and a parliamentary system consisting of a Cabinet, House of Representatives,  and Senate, led by the Head of Government. Confusing, hey? So when we vote, we vote for all these different levels at different times, but each are responsible for different roles. For example, local government works with rubbish collection, while the Federal Cabinet determines how our taxes are used.

Federal voting is often the most talked about level of government. In Australia we have a type of voting called the ‘single transferrable vote’, which is designed to achieve proportional representation through ranked voting in a multi-seat parliament. This is aimed at making parliament better represent the population of Australia. So when we vote for our local MP (Member of Parliament) we are voting not only for the party they represent, but also the person who will stand for us in the House of Representatives.

When you vote for the senate, Australia is unique as you can either vote for the parties, or the representatives of the parties. But what does it all mean? Labour and Liberal have seemed to converge on so many issues these days the BIG issues that hit the media in the lead up to election time all seem rather trivial because mostly, the policies are pretty close. This is a big change compared to huge left and right divisions of the past decades when communism was more popular and the world was divided more bi-laterally between Communist states and democracies. Now as the world is more unilateral with the growth of democracies and dominance of the U.S as a super State, it seems that policy issues are becoming increasingly similar between parties, making it harder to choose a party to side with. It is more difficult to identify with a party or know what their policies are because all the parties converge in order to try and claim the ‘median voter’. This is because in a two party system, the party at the median position wins a majority of votes against a party at any position on a spatial model measuring issues and density of preferences. Ultimately all parties want to win and they change their preferences to try and capture our votes, even if this means losing their key ideals.

So what’s happening at the moment? The Liberal government is currently in power with Malcolm Turnbull as our Prime Minister. But what are the current government’s stance and actions over these issues?

So that’s a lot of information to take in, but it’s always important to know the facts to ensure that we know our own views, and can talk about them too! It is always hard to find the right information, especially with our busy lives, and to identify the key points among the mass media and useless gossip of our local politicians. I hope this article has provided the facts and answers to some questions so that the next time politics comes up at the dinner table, you will know what to say.