Why Are Married Women Still Changing Their Name?

Writing by Hannah Forsdike // Photograph by Marta Braggio // Our names are tied to our identity. It’s the first thing we learn to write, and the last thing left behind when we die. It connects us to our family and cultural heritage. So why does heterosexual marriage have to mean completely uprooting a woman’s identity? 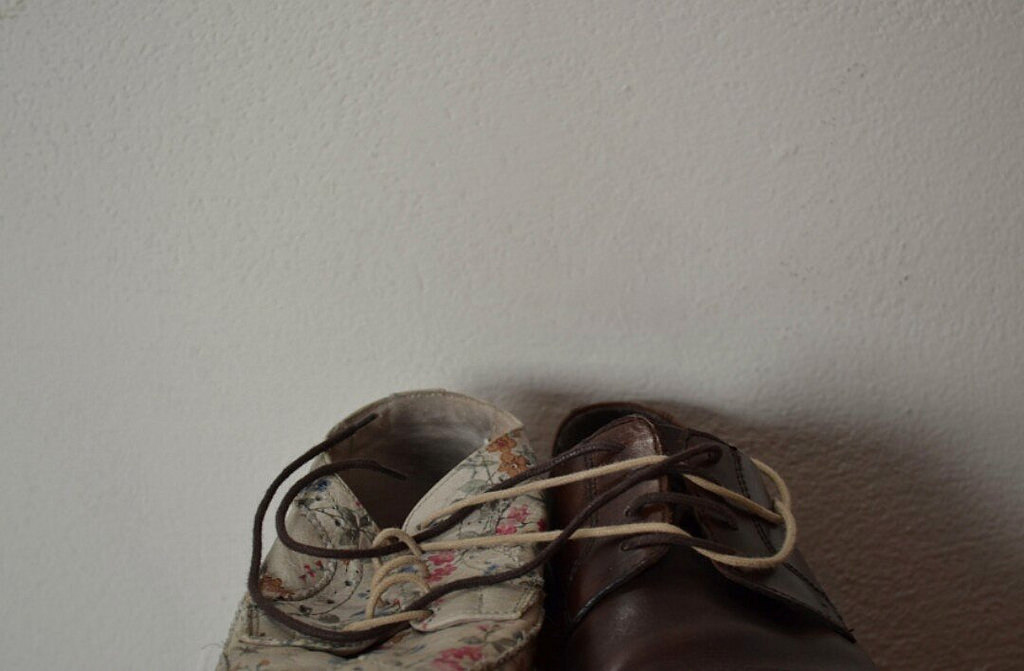 I am a straight woman who is about to get married, and I have decided to keep my last name. This choice has been met with a multitude of reactions, ranging from praise to disapproval.

I’ve always felt that changing your name is a deeply personal decision, and my intention is not to criticise anyone’s choice. Instead I want to ask the question: why is there still stigma around married woman keeping their last name?

Our names are tied to our identity. It’s the first thing we learn to write, and the last thing left behind when we die. It connects us to our family and cultural heritage. So why does heterosexual marriage have to mean completely uprooting a woman’s identity?

Although our names are associated with our identity, and for some us our culture, surnames certainly don’t have the same weight they once did. Years ago your family name might have identified you as a member of a clan, or defined your trade or social stature (just look at how that’s worked out for Jon Snow). But today we hardly place the same importance on them.

Perhaps this is part of the problem—we don’t care enough to keep our last names after marriage. And is so, maybe this makes it the perfect opportunity to start challenging this tradition.

To understand this topic, and to make my choice as to whether I would change my name, I first researched the history of last names, and why the tradition of women taking their husband’s name began.

Much like the patriarchy, surnames are a human construct. They are born from our desire to trace our ancestry, but they haven’t been around forever and neither has the tradition of women taking their spouses name. From my research, it seems that women taking their husband’s last name began as married couples were legally considered one entity. Quite literally, when a heterosexual couple married, the woman’s identity was dissolved, forcing her to assume the identity of her husband. Her husband would vote and work on behalf of her, even representing her in legal Matters. The fact that men kept their identity and women became voiceless property is really reflective of women’s legal status at the time.

Although my main reason for keeping my last name is career based, the oppressive origins of this tradition cemented my decision.

I was also shocked to find out that many parts of the world don’t recognise this archaic tradition at all. In some Asian and European countries, for example, women changing their names after marriage is not common and practically unheard of.

So why is it that in Australia today most women still choose to adopt their husband’s family name? Why is there so much stigma and controversy surrounding anyone who decides upon an alternative? And why are men made to feel emasculated if their wife decides not to change her name, or if he were to change his name and take hers? Does society place such little value on women that if a man were to take his wife’s name he would be seen as less of a ‘man’?

The simple answer is often the correct one: I think most married women choose to take their husband’s name, even today, because it’s what most people do. The practice has been normalised by generations of people blindly conforming to the norm. A norm which was once a legal requirement.

Of course, there are numerous other reasons women may consciously choose to take their husband’s last name, and I would not limit this to oppressive patriarchal social norms. One woman I know doesn’t have anything to do with her biological family, or anyone who shares her maiden name. When she met her husband and was so warmly welcomed into his family, she was delighted to take on their family name once they married. For her, taking his last name meant she really felt like part of a family again.

At the end of the day, I think it is important to remember not to judge other people’s choices as feminism is the freedom for us to make decisions for ourselves. But it is worth interrogating the constructs behind such continuing traditions, particularly when men and women’s choices are treated so differently. If the genders of the previously mentioned couple were reversed, would people react differently to the situation because it’s outside the norm?

Another reason people may choose to change their name is so their children have the same names as both parents. However there are many alternatives to this. This choice is often placed on women, which in itself tells us how normalised the practice of women automatically changing their names has become. Hyphenated surnames are probably the most common alternative, and they come in a myriad of variations. Sometimes both the husband and wife take on the new hyphenated surname, although often just the women will (another norm to question). If you throw children into the mix sometimes both parents will keep their surnames and only the children will have the hyphenated name. I’ve also seen examples of one child taking their dad’s name, and one child taking their mum’s name.

It can get a bit confusing, which is probably why it isn’t as common as the entire family taking the husband’s name, at least in Australia. Also, sometimes two names just don’t sound good together. I know it seems petty, but it’s why my partner and I won’t be hyphenating our names. We simply don’t like the way they sound like together.

Although I don’t plan on taking my husband’s surname, if we ever have children I would like for all of us to have the same family name. This leads me to my favourite alternative: creating a new last name entirely.

I know it seems a bit wacky but this is something my partner and I would really like to do at some point. Having both come from large families we share a last names with lots of siblings and cousins, and we like the idea of creating our own family name and identity just for us. It’s fun to think about, but not something we have to worry about until way, WAY into the future.

In saying this, I don’t think you have to share a surname to be a family. My partner and I have always considered ourselves a team. Equal parts, working together. Not sharing a last name isn’t a factor for either of us, mostly because both of us associate our last names with our professional lives. As a teacher, his last name is what his students and co-workers refer to him as. And as a writer, everything I have ever published is under my surname.

Considering their career identity is one of the most popular factors in women keeping their names (reprinting business cards is expensive), it’s apparent much of the world feels the same way. Especially today with the Internet, a quick Google search will bring up everything I’ve ever published online. Imagine if I changed my name out of the blue? All that hard work and progress would vanish.

If you’re a woman marrying a man, whatever you end up doing with your last name is your choice. The only advice I can give would be to come to a personal or joint decision (with your husband), rather than automatically conforming to a patriarchal tradition. Let’s get rid of that nasty stigma surroundings married women’s last names, and start thinking for ourselves.