Writing by Kim Koelmeyer // Illustration by Lola Dunham // As noble as it is for adults to want to pad the world for the children in their lives, we’re going to get hurt eventually. We’re going to get banged up and make mistakes at some point, and I’d argue that unnecessarily prolonging that will only make it worse when it does come. 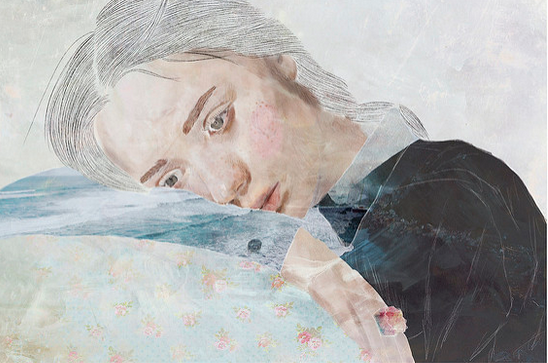 All throughout my youth, and even to a degree now, I had this distinct feeling of powerlessness. I felt like I was living my life, but lacked the capacity or tools to take action in service of that life. I didn’t feel autonomous or respected and it weighed me down like some burden that wasn’t mine. And I feel like that’s a bit of a universal theme across young people, because there’s this immediate aversion to taking what young people say seriously.

I hate the repercussions of thinking like that. I hate the fact that life doesn’t really begin until you’re almost a quarter through. I hate that children are treated like helpless animals, then suddenly expected to know everything when they amass a certain amount of birthdays. I hate that everything that comes out of a child’s mouth is immediately dismissed because of their age.

We look at kids and wonder why they’re in such a rush to grow up. But the reason is because we aren’t respected or taken seriously until we do. One can only be brushed off or shut up so many times before we want something to change. Your choices are scrutinized and critiqued purely on the virtue of your age; the same “mistakes” that young people make are mere missteps for someone older. And sometimes when you’ve finally reached the number of years that supposedly magically bestows upon you the wisdom of the world, the time to make those decisions have run out.

Because life doesn’t begin when you reach a certain point of maturity. It just passes and you either catch up or you don’t.

And you know what, we’re never going to reach that luminous point of maturity that can justify every choice we make from here-on out. Sure, more experience can foster a basis of precedent, but nothing is ever guaranteed.

When I think back to my teens, there are of course aspects of myself that are less mature or refined than there are now, as will be the case another four years down the line. We’re constantly evolving into better versions of ourselves, so there’s no perfect time to do anything. Generally speaking we’re never really ready for anything, and no amount of preparation or experience can change what it’s actually like to dive in and make decisions.

I loved school for that reason. Teachers treated me like an adult, pushed me to think deeper, and valued whatever came out of my head even when it was, upon reflection, utter nonsense. As the years went on, they granted me more responsibility and autonomy with my learning. Instead of being shoved down, I was encouraged to branch out. A lot of people say they hated high school, but I loved it because my thoughts were respected no matter how old I was.

Mental illness is running rampant among youths, and I feel like a chief exacerbator of this is the powerlessness many young people feel when it comes to bettering their lives:  sometimes, the wait for independence to arrive is simply too long. If we want our youth to be more respectful and content with their lives, we need to be more respectful of them; and of their ideas and dreams. Even if they grow to think differently throughthe years, that doesn’t make their choices invalid or pointless.

I’m not saying we should give young people complete free reign, everybody needs to be moderated- that’s why we have laws. I’m just saying that young people should be able to feel like their voice and feelings are being respected, and that they’re able to explore those feelings like they could as an independent adult. Because despite them being legally dependent, they’re still their own people.

And as noble as it is for adults to want to pad the world for the children in their lives, we’re going to get hurt eventually. We’re going to get banged up and make mistakes at some point, and I’d argue that unnecessarily prolonging that will only make it worse when it does come. The best we can do is equip our youths with the information they need to make wise choices, and the tools to make it through adversity.

Life is a series of mistakes- let us make them.