Writing by Chloe Sewell // Illustration by Helena Ravenne // I remember the main universal Christian teaching, which is embedded across all Bible stories; across all Christian denominations; and it is the basis of all other monotheistic religions too: God loves everyone equally. 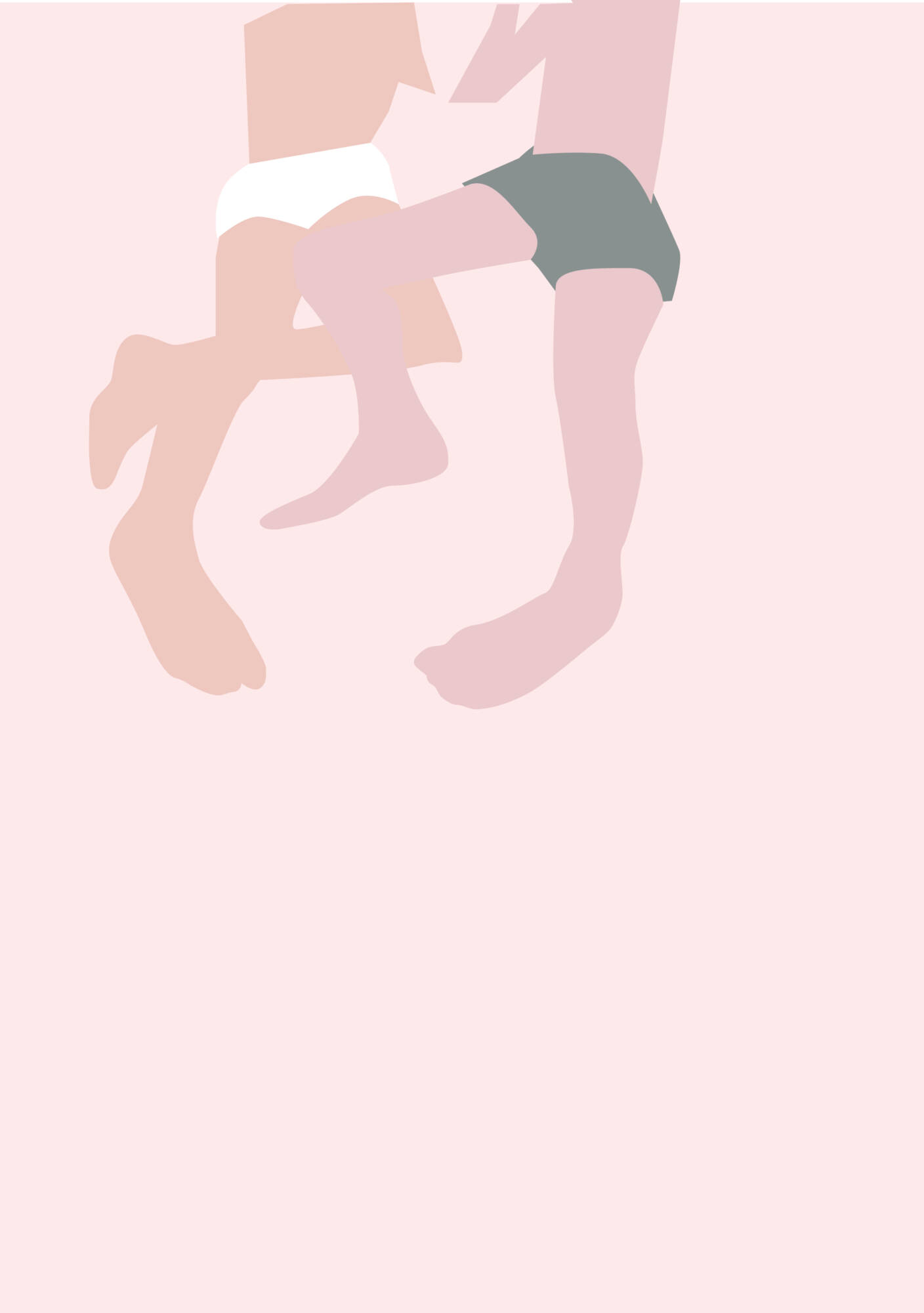 The relationship between religion and sexuality has always been strained and different since I came out. I started to daydream excessively during mass at school and I realised that we have no proof that there is a more powerful existence outside of our own, and yet this existence is the reason why gay people are threatened, verbally abused and shunned by certain religious groups. Something doesn’t seem to add up to me.

I’ve grown up in a fairly Christian household; we try to go to church every other Sunday and missing a Christmas or Easter service is out of the question. When I came out as bisexual in 2016, I’d already been debating whether God was real or whether he was just a figure of humanity’s imagination, created centuries ago as a comfort to those who wanted to know how everything was created. Now, every time I go to church, sit down in mass, or listen to various Catholic teachers in a religious studies lesson at school, I can’t help but pick out all the hints that my sexuality is viewed as wrong.

“It’s Adam and Eve, not Adam and Steve,” said my school’s priest, “there is a reason why men and women’s bodies fit together so perfectly: it’s because men and women are made for each other and male and male bodies are not – female and female bodies, likewise.” Then, in the same year when learning about the idealistic nuclear Christian family, my teacher wrongly told us that bisexuality is basically just a term for people who can’t decide which gender they love. That was all that was mentioned of my sexuality. She then described the Catholic view of homosexual sex as wanting a cake: “Imagine there’s a cream cake on the table. I know that I can’t eat that cake, as I’m on a diet, so therefore I don’t but, as I’ve got freewill, I could still eat that cake and therefore I would be sinning.” She used that awful analogy to explain that homosexuality is not forbidden in the Roman Catholic Church, but gay sex is, and therefore they must resist the temptation to act upon their love.

I remember sitting with the rest of my class, on both of those occasions, and just being in utter shock of what they had just taught a load of 14 year olds. I glanced around the room and truthfully it had gone over most people’s heads, but I (and hopefully a few others) knew that attitudes towards sexuality shouldn’t be taught this way, especially to teenagers who are most likely questioning their sexualities as the subject was being taught. At the time, I probably shrugged it off and laughed about it later with my friends but, throughout the past year, comments made by individuals who have influenced me in my school and home life have made an impact on my mental health. I’ve started wondering whether it would be easier to be straight, or whether I should make my mind up and “pick a side,” like my mum keeps suggesting.

However then I remember the main universal Christian teaching, which is embedded across all Bible stories; across all Christian denominations; and it is the basis of all other monotheistic religions too: God loves everyone equally. This fact has been preached to me ever since I was little and hearing Christians tell me that I can’t love who I want to love, because “God hates gays,” is something which I can’t get my head around; God has always loved everyone, no matter their gender, sexuality or race. I believe this everlasting and powerful love that we are all meant to be given throughout our lives will be the reason that I may eventually believe in a God, to have that comfort and unknown guidance that I need to feel accepting of myself and my sexuality. 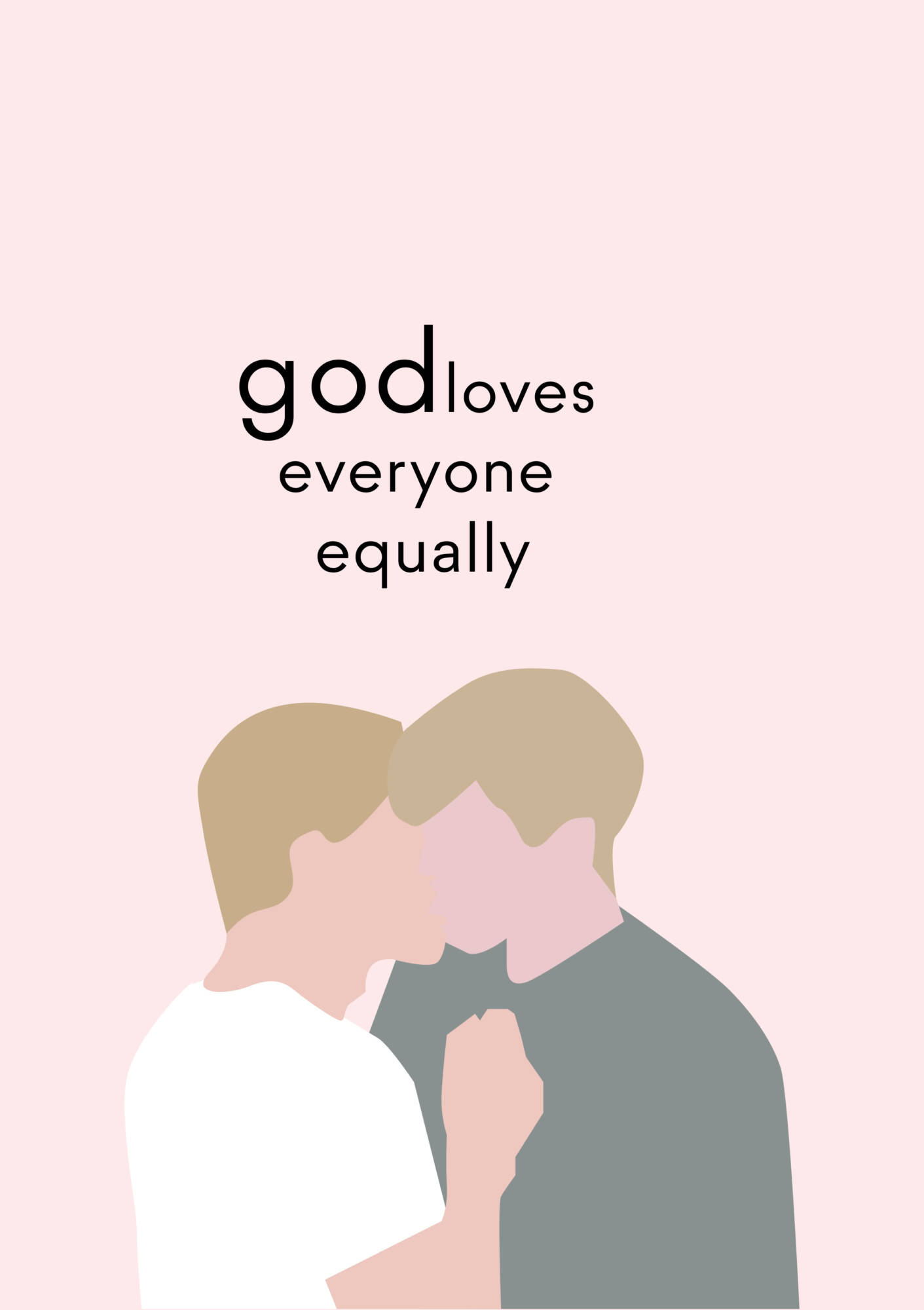