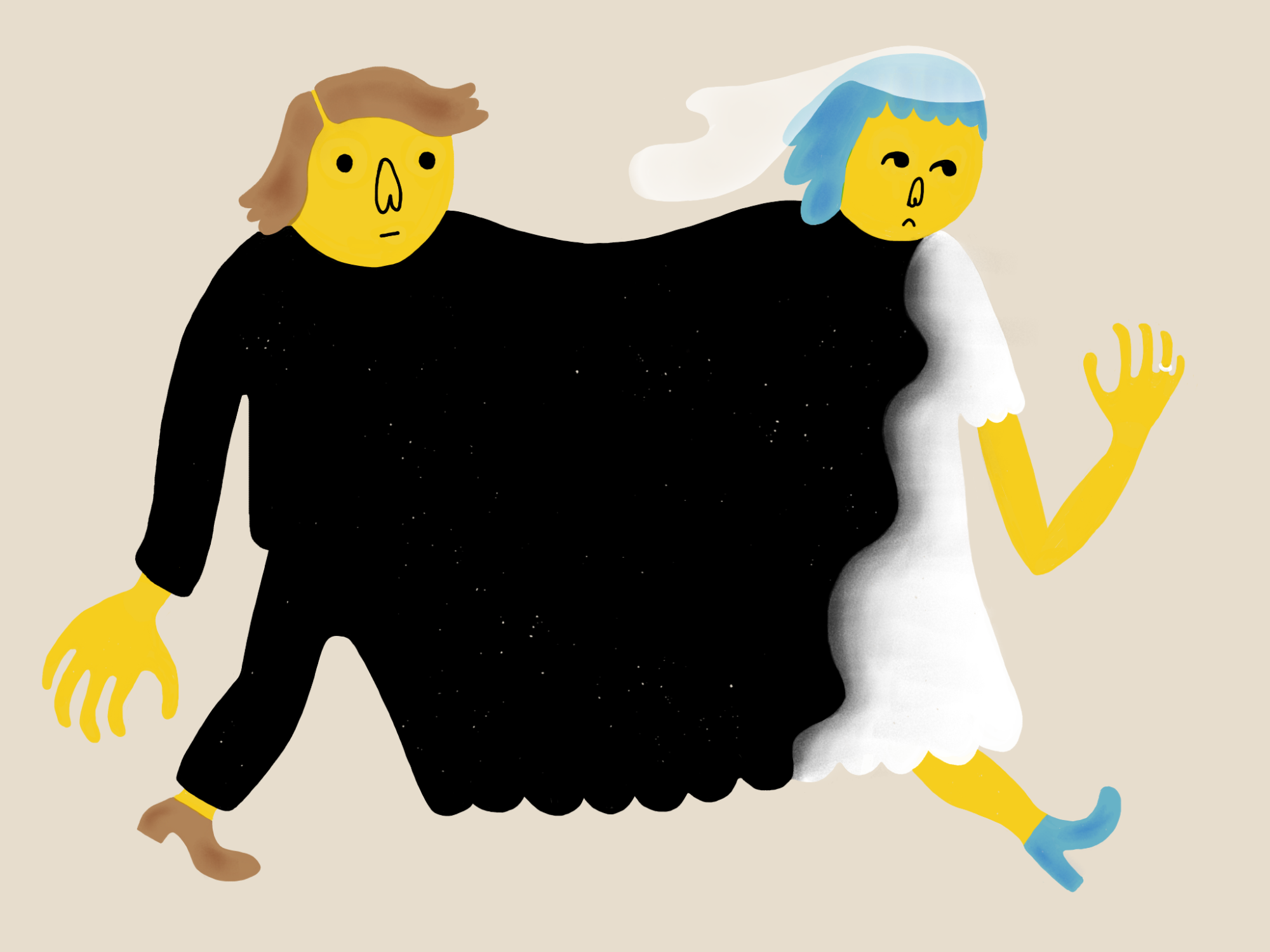 If you mention the idea of a man taking a woman’s last name in marriage is it so often met with laughter, scorn or an uncomfortable silence. Any time I have brought this thought to the table, particularly to a newly engaged couple, I am met with eye rolls and the of-course-Freya-is-going-all-feminist-on-us laughter or occasionally discomfort as the man tries to work out if I am serious about him considering taking his wife’s name. But why is taking a woman’s name so inconceivable that it is met with laughter, or disbelief?

As a society we need to have a really good think about this. It may seem like a really small issue when we compare it to the vast injustices women and girls face on a daily basis here and overseas, but everything has a roll on effect and if we don’t see women’s names–often the first thing we know about someone–as equal, we will never see women as equal. The idea that a man could take his wife’s name is seen as ludicrous; a joke. This is disturbing and is a wider comment on how society still views women and their worth.

If women are now equal in the developed world as some people continue to believe, why is it a ridiculous concept to consider taking her name in marriage? It may seem like a very small issue but when over 80% of Australian women are still taking their husband’s names and up to 96% of children are still being given their father’s last name, we have a huge inequality in how women are viewed and valued in the western world.

Often times this debate has been halted because it’s a ‘woman’s choice’ and we shouldn’t ever criticize a woman’s choice because #feminism, but we need to look at the history of this choice and perhaps see that it may not be as free a choice as we think. When we have such a huge cultural tradition of women taking men’s last names, dating back to forever when women were seen as property, it’s hard to make a free and uninfluenced choice. In fact, it’s pretty much impossible. Just look at fashion if you want to think we have free choice in a very binary society. Since the 19th century, skirts and dresses have been reserved for girls and women only and men who wear these items are mocked, ridiculed or even seen as mentally ill. Just ask yourself in all honesty how you would react seeing a man wearing a dress in everyday society. We may wish we would be completely ambivalent about it but I can bet your boots you would think some negative thoughts before stopping to remind yourself of the ridiculousness of this rule. There is nothing stopping men from wearing these garments but do we see a good percentage of men wearing these things? No. We are completely influenced by society and women taking their husbands last name is no different. It is so normal and accepted that the majority of our feminist role models *cough cough Beyonce cough cough* do this without question.

Let’s discuss why we aren’t seeing more equality and reciprocation when it comes to last names in marriage. Clementine Ford talks about the often used reasoning women give behind changing their last name such as ‘My last name was difficult to spell,’, ‘I don’t get along with my father,’ or ‘I want the same last name as my children,’ and the conclusion that we can come to on why we are hearing these excuses. She says, “either it is only women who end up saddled with hard-to-pronounce names and terrible fathers (unlikely) or these are instead excuses offered to soften the blow of what seems in other respects to be an intellectually unsound choice.” Clementine also mentions that wanting to discuss this tradition shouldn’t be seen as an attack on women who have made this choice, instead we can acknowledge the world we live in and know that we all make choices based on the patriarchal society we have been brought up in. By questioning these practices we aren’t attacking women who make this choice, we are looking at a history that has and still does oppress women in every way with the hope to bring about new conversations so that we can continue to change the way society views women.

When talking about this tradition, we need to talk about the fact that ‘enlightened’ men are, so often, silent when it comes to this conversation. The silence of ‘good’ men on this topic speaks volumes as we need to work together to change this archaic tradition and create a more equal society. Hearing more men speak up about the ridiculousness of the expectation on women to change their whole identity after marriage is so important and could help create a huge cultural shift when it comes to this tradition.

Since getting married in 2015, I have so often been mistakenly referred to as Mrs. Mendis–and not only by uninformed strangers but by family members who I have actively told otherwise. Just this week I received a letter addressed to Mr and Mrs S Mendis. The fact that in 2018 not only are we being mistakenly referred to by our husbands last names but their first name as well saddens me and occupies my thoughts more than I wish. Men are afforded the luxury of anonymity when it comes to their marriage status, even the very first thing we see, the title ‘Mr’ being used for both married and unmarried man while women still receive push back for wanting to be referred to as ‘Ms’.

Women’s names are seen as less because women are still seen as less. Taking a woman’s name is seen as a downgrade and often times if a man DOES take her last name (part of the 0.1%) he is often times ridiculed with insults such as ‘pussy whipped’ etc. You see this in terrible sitcoms (I’m looking at you How I Met Your Mother) where a man is dating some kind of controlling ‘she devil’.

How awful is that? Flip this story. If a woman changes her last name in marriage, do we see the man as a controlling hulk of a man who ‘dick whips’ her? No, of course not, he can be a kind, feminist man who completely believes in the equality of the sexes.

It may seem like a small topic to get so passionate about, but when you know the origins and see the continual oppression of women, it’s as important an issue as any to speak about. The butterfly effect this has on a society’s view of women is huge and the continual loss of the matriarchal line contributes to the devaluing of women and girls in society.

I call on you to question this tradition, to flip the script, to ask all the heterosexual engaged couples in your life if they intend on using the woman’s name (instead of just asking women if they intend on taking their husbands name). Let’s keep questioning these traditions that we’ve lived for so long and make real change in the way society views women.

Let’s end with my all time favourite tweet by Danielle Grace: