What Veganuary Has Taught Me About Smashing The Patriarchy

Writing by Meg Sattler // Illustration by Tara Presnell // I endured nearly two decades of interrogation, mockery and bullying. Anyone who has been vegan for a while knows this story. 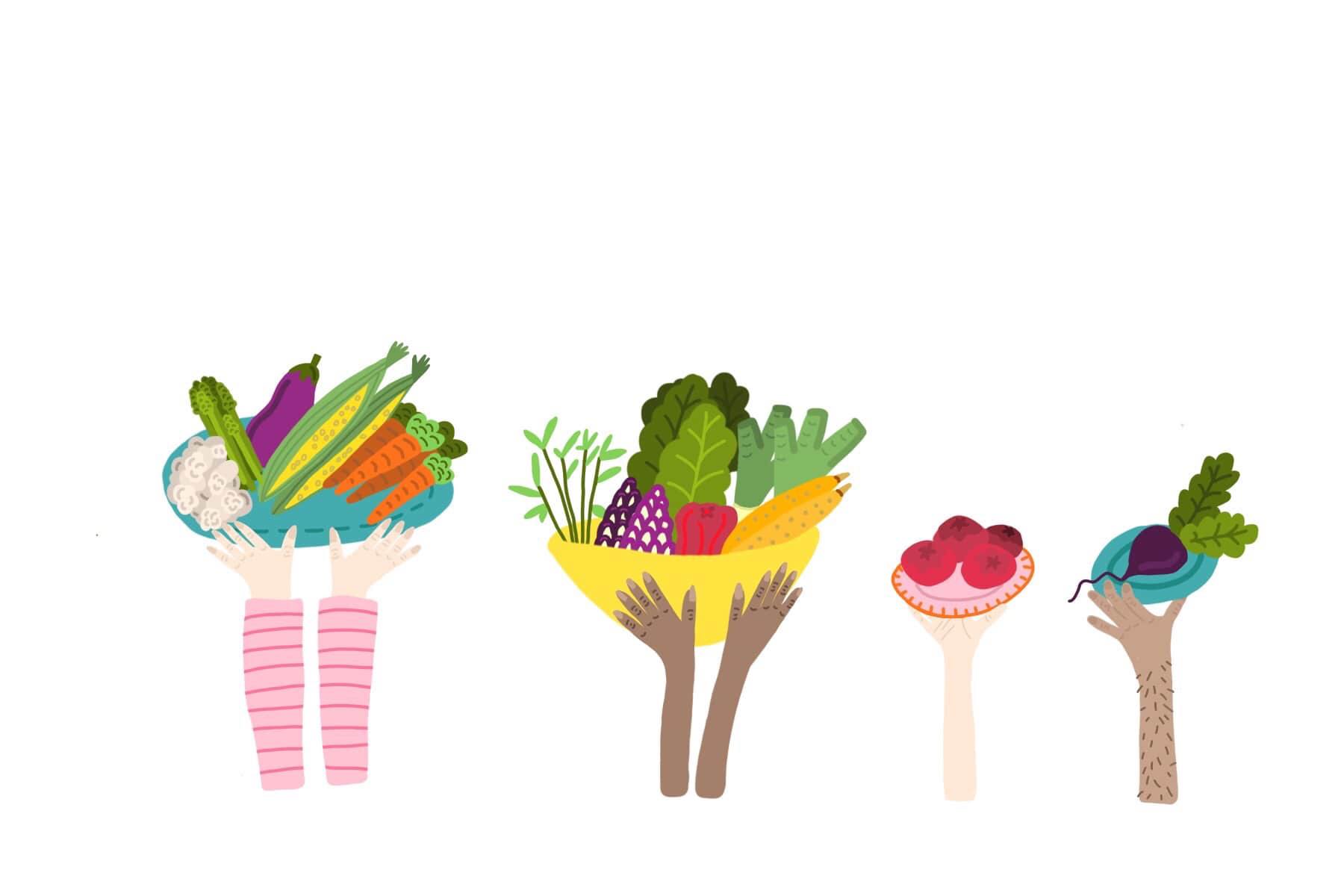 A few months ago, in the most epic example of mansplaining I have ever experienced, a man at a party told me (incorrectly) why I was vegan, why (also incorrectly) veganism was useless and why individual efforts toward environmental change didn’t work (when he had fifteen minutes prior proudly exclaimed that he recycled all of his plastic bags*

*Side note, I literally don’t know anyone else who even has plastic bags at home anymore, but he was just so damn chuffed with himself that I chose not to point that out).

When I was a teenager, I watched a video about dolphins being illegally slaughtered and sold as tuna. It made me feel sick. I didn’t sleep for days. So I became vegan. Weird? Maybe. But something just told me it would be strange to be traumatised by one form of animal cruelty and contribute daily to another. My reasons have shifted now but back then, that was it. I didn’t think I was better than anyone else. I didn’t have a lactose intolerance. I wasn’t religious. I wasn’t like that couple in Notting Hill who only ate rotting fruit from under trees in case carrots had feelings. I didn’t know any other vegans. I just wanted to feel better about my daily life and what it might mean for others.

My meat-and-three-veg parents didn’t love my decision but they were kind and accepting. They had fun with recipes, my dad proudly creating a ‘vegan compote’ that we later discovered was simply a concoction of every vegan item in the house, including both vegemite and tomato sauce, cooked in a pot with coconut milk. Perhaps inspired by such irresistible culinary feats, my younger sister also went vegan and it became a challenge and adventure for us to share.

Outside the home, things were different. I endured nearly two decades of interrogation, mockery and bullying. Anyone who has been vegan for a while knows this story. The constant questioning. People trying to find moral holes in everything you’re doing (are those shoes LEATHER?!). Complete strangers suddenly caring about your protein levels. The how do you know someone is a vegan? Don’t worry they’ll tell you! jokes and, my favourite, the but almond milk uses so much water! commentary (I don’t really drink almond milk but it would be rude to cut someone’s mansplaining off in order to tell them that, wouldn’t it?).

I spent years being ashamed of being vegan. I wasn’t ready for the constant criticism and I hated it. As someone who was by nature quite shy, and the quietest person in my (wonderful but very loud) family, shouting from rooftops was never my forte. So individual consumer action came much more naturally to me than joining the more ‘rah rah’ social movements. I stopped buying new clothes and shoes and gave up animal products because all of that seemed easy enough to do without having to talk too much about it.

I’d be nervous telling people I was vegan after being invited to their houses, and then I’d apologise for it. I’d say, ‘oh but I’ll bring something or eat beforehand or come after dinner’ or ‘don’t worry I’m not one of those annoying vegans’.

Then something magical happened. Somewhere between then and now, the world started to change. This month, it’s Veganuary. After Christmas, people were signing up at a rate of one every six seconds. Veganism isn’t just accepted. It’s cool. It’s recommended by the UN. It’s backed by the most comprehensive scientific study of food systems of our time. Being vegan now gets you brownie points not only on carbon calculators but with Miley and everyone’s two favourite Ellens. Where vegan labels on food used to be hidden in case they deterred consumers, now they are being blasted all over everything as a selling point. Veganism is — quite literally — flavour of the month.

I didn’t ever see this coming. Not in my wildest dreams. Why? Because as young women we second-guess ourselves all the time. I don’t really have words for how happy the rise of veganism has made me but maybe I don’t need them because you know what? This isn’t even a post about veganism. It’s a vindication of what it means to do something with conviction, as a young female. I stopped consuming animal products as a teenager because I thought consuming them was wrong, even though 99% of the people around me didn’t.

What I didn’t know then was that thousands of other people in other places were doing the same thing. They all felt like absolute weirdos within their families and communities just like I did. But for whatever reason, they persisted. This is how change happens.

Maybe veganism is your bag. Maybe it’s something else. That’s cool. Lord knows most of the things that will change the world still aren’t too popular. Whatever your thing is, until it is mainstream, and while we remain in the throes of the patriarchy, there will always be that guy at parties, at work, at school or on social media telling you that you’re missing the point.

So, girls, listen: Persist. Stay true to the little voice in your head that tells you you’re doing the right thing, even if you feel like an alien while you’re doing it. Channel your inner Greta Thunberg and stop apologising for having opinions. Because even if sometimes you get tired of fighting back and defending your decisions, one day there will come a magical moment where you don’t have to anymore; because the world will start doing it for you.