The Journey Of My Feminism 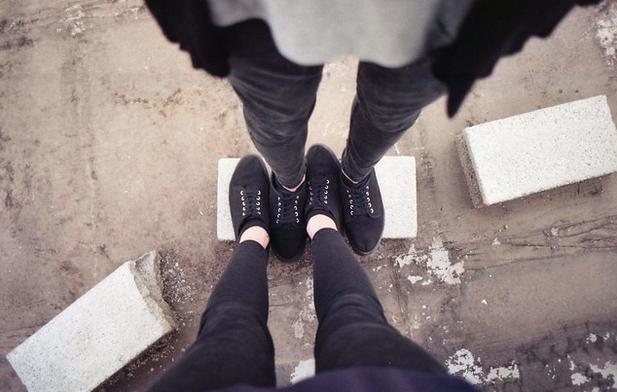 For as long as I can remember, I have felt very comfortable being a feminist. I know that calling myself a ”feminist” is a work in progress because it is a broad concept which we can learn about every day, but I believe that there are actions and beliefs of my own that made me a feminist.

I support human rights, (even though sometimes I feel they do not exist in the world we live in) so I support women’s rights, because I acknowledge us as human beings, meaning that we are equally capable as men.

I believe every woman can decide about her own body and sexuality. I want equal pay for equal work and I encourage and empower the women around me. I trust their words and I never blame victims. I will always call out abusers and sexist jokes. I do not separate the art from the artist. I do not empathise with people that hurt women. I educate myself within this topic and make my voice heard. I try to spread the message whenever possible.

All my life I have been told I am a girl with a strong personality, until the point where I believed it and lived by those words. I earlier mentioned that I never blame victims, in any circumstances, but that changed when I blamed myself.

First of all, I did not like to ‘tag’ myself as a victim, I did not want to be want one because when I thought of myself in that way, I believe I lost that strength and all of that ‘brave’ attitude I think I had before.

I know, deep down, that whatever happened to me, was not my fault but I also know that we live in a sexist society that likes to shame women for almost everything we do, which made me consider a wide range of factors as to why I had to go through what I did instead of only believing that it was the other person’s fault, as I usually think when viewing situations from the outside.

This was the hardest part of my personal bad experience. I have always been the type of “rad” feminist that does not excuse or justify this man’s awful behavior. But when I was in this position right after realizing what actually had happened to me, I believed I was not faithful to my feminist ideals because I felt I was not brave enough to speak out, to tell people what happened to me, to call out the person that damaged me, or even to feel more angry than sad, among other things that kept messing with my head.

So, with all of these emotions, my anxiety and the feeling of powerlessness, I decided to understand that maybe I was a victim, but that being one did not mean that I was weak. I understood that going through this kind of situation is a tough thing to process, and that I was not less of a feminist when I struggled with my emotions at a difficult moment of my life.

As a woman, in this unfair world, I have experienced unfair situations that made me realize how hard life can be for us. We are human beings, just as men, so why do we have to be the ones in fear? Why do we have to deal with the oppression of the patriarchy every single day? Why do we have to be afraid of being who we are?  Why, when we speak out, are there people that are not willing to believe us, not even ourselves? To be honest, I still do not know that answer, but I do know that I want to change the ideals of many people in the world that we live in, even though it may be difficult because, yes, we all have different beliefs that may depend on many things, but I know that feminism is NOT a bad thing.

I have to be honest and say that I am still not completely over what happened. It is hard to acknowledge when something bad happens to you, it can even be shameful. I want to let people know that whenever women call out someone, they are recognizing that someone harmed them, and when they denounce them publicly, it is probably one of the bravest things to do. It is not easy to say those things out loud, it is not something that makes us proud.

So, when you see that a woman is sharing her experience, do not shame her – believe her, and empathise with her; awful things still happen nowadays and it is our duty to believe in each other and stop it once and for all. My experience made me feel sad, weak, and troubled, but still, that does not define the person I am. I want to be and feel better, and I want the same for every woman in this world, because as Audre Lorde said once, ”I am not free while any woman is unfree, even when her shackles are very different from my own.”