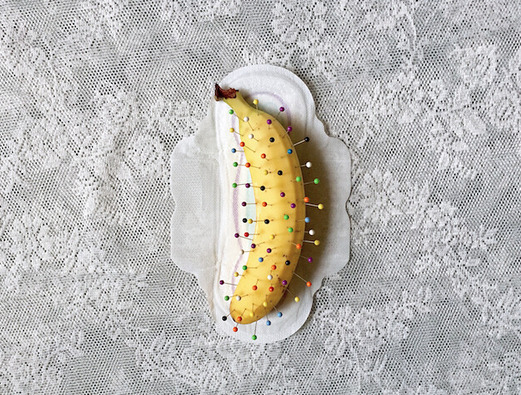 At a point, genital herpes was, with no exaggeration, my greatest fear in life. I was fairly uneducated about STIs as I set off for my coming-of-age, fresh-out-of-a-breakup Euro Trip at age eighteen, but after getting chlamydia despite having protected sex 100% of the time, I was convinced STIs were some gross karmic retribution that were served to sluts and cheaters and travellers gettin’ under each other to get over their exes.

When I found out condoms don’t actually prevent STIs but instead reduce the risk of contracting them, I became obsessed with my impending inevitable contraction of herpes, because that shit ain’t about body fluids, just skin contact. You could theoretically get it from dry humping with your knickers still on. Unfair, the grossly disparate stigma that comes with it, then, hey? But I thought it was going to be an inevitable addition to my person upon my return, and every ingrown, every mild tear in my skin was new cause for concern as I carefully examined myself every time something felt mildly off, like I was looking for the physical evidence of the eventual punishment that was to be my forever ‘slut’ stamp; the infection that would permeate all future sexual and romantic relationships, for the rest of my life.

So a few years later, after the boy I had a big, stupid crush on had disclosed to me that he in fact had it, the first doctor I asked about the risk of contracting it with a condom immediately printed out an order for an HSV test, signed it and pushed it forward to me to take.

“He’s a very sweet boy for telling you. It’s just easier if you know if you carry it already.”

“Oh. Oh, no thanks”, I stammered, pushing it back to her. “I think, I, um, might just save that for if this… thing actually works out. I’d kinda rather not know for now. I’ll just um, deal with it if we actually start dating.”

I was embarrassed that I was taking this so seriously when he wasn’t even my boyfriend and we were obviously going to be using protection. I was embarrassed that I’d had so many sexual partners that I’d never even asked about their sexual health status, let alone contemplated the idea that herpes doesn’t care if you use a condom or not. It was so ironic to me that I actually liked and respected this guy, but seemed to be punishing him for his status by pushing back sleeping with him until I’d made up my mind about accepting the risk.

I decided to embark on some statistical research in the meantime. I was being too much of wuss to actually get the test done, so confronted google instead. It was both alarming and relieving. The statistical conclusions I came to were that the chance of me already having it were much higher than picking it up from him, even if we had unprotected sex.

By the time I finally got tested, the doctor asked me a few questions about my sexual past and said, “I’d be very surprised if you haven’t already picked up the virus. It’s really very common.” I chuckled and said, “Me too”.

But finding out for sure posed a whole new series of ethical questions, and I was nervous. The outcome, if positive, would affect my dating and sex life thereafter. Ethically, I’d feel obliged to disclose my status to all future partners, and that would make casual sex far less casual. The burden of knowledge would weigh heavily. But at least if I had it, I wouldn’t have to worry about getting it. The worst would have happened, and I was still alive. I was still kicking myself that I was going through all this angst for a guy I didn’t even know liked me yet.

I knew some ugly, insecure part of me would be so relieved if I didn’t have it. Look at me go, I went through a long slut phase and walked away without the herp! One in six people aren’t so lucky. An even uglier part would be so, so ashamed if I already had it. I imagined explaining that to a future partner. “I got it from an ex-boyfriend after open dialogue and assessment of risk”, sounds so girl-next-door, so un-slutty, compared to, “I fucked about fifty people without ever being tested specifically for HSV, so actually, I have no idea”. Rationally, the origin of a contracted STI has absolutely no correlation with your worth as a person, nor your entitlement to love and respect. Still, I was scared.

I was pretty dumbfounded when they came back negative. I felt like an immunologically statistical outlier. I’m still pretty dumbfounded that I haven’t had a recognisably painful outbreak after months and months of unprotected sex with my partner – but that’s the thing, I may well have had one that I didn’t even notice was herpes, as so many people with the condition don’t even know they have it, nor are affected by it in the least. Being in a relationship with someone who has herpes has completely erased my fear, my association of the disease with sin or persecution, and given me an actually realistic idea of what carrying it is like: not even close to the big deal that it is portrayed as in the media, or as ugly as seems when someone drops a herpes joke at a party or in a movie.

It’s an excellent example of the intrinsic, infallible shame casual sex had paired itself with in my psyche, complete with punishments and justifications. It’s comforting now that my relationship with myself, sex, and all the consequences of fucking, have healed and rationalised, and that I don’t ever see regression to internalised slut-shaming and a feeling of deserving punishment being possible. It’s also a great dickhead barometer for the future, should I need one. Someone who reacts with negativity or blatant ignorance to an honest disclosure of an STI is not someone I would want to be sleeping with, as a reaction like that probably means they haven’t dealt with their own intrinsic pairing of sex and shame. And the whole thing is so much more enjoyable when guilt is not involved, not at all.