I organised this photo series because I wanted to showcase the ferocity and power of young queer women. I’m not inspired by rich white men in parliament, female billionaires or ‘SHEOs’. Instead, I look up to people like us. Women who are unapologetic, loud and brazen. Women who contribute their time, energy, spirit and rage to their communities. We are the real forces to be reckoned with.

When I had the idea for this shoot I immediately thought of getting Zee and Faye involved. They’re both young, queer women who intimidate and inspire me in the best ways possible.

Zee is a Lebanese, queer activist who is incredibly involved with anti-imperialist, anti-racist and anti-capitalist politics. She has been at the forefront of community organising around the Free Palestine movement, fighting for the rights of occupied and marginalised Palestinians and speaking out against the state violence perpetrated by Western powers. Equally, she helps organise and run CUDL (Community Union Defence League), a volunteer run community organsiation which provides material support to serve people in need and combat homelessness.

Equally impressively, Faye is a youth advocate who dedicates her time to environmental activism, mental health advocacy and youth empowerment. She is constantly busy with volunteer and community work, whether it’s with the Centre for Multicultural Youth, yLead or Edmund Rice Camps. At the core of all her social justice pursuits, she maintains a desire to spread awareness through conversation around climate change, anti-racism, women’s rights and all other issues impacting on the future that young people will have.

Both Faye and Zee are dedicated to their communities. They don’t merely talk the talk. They don’t simply post informative graphics on Instagram. They are praxis.

As for me, this photoshoot was an opportunity to see myself in a new light. I’ve done some modelling before and there is always an emphasis on looking pretty, graceful and soft, with delicate fingers, unassuming facial expressions and mouths slightly ajar. Mesmerising yet vacant.

But I don’t want to be an ornament for observation. I want to take up space. I want to be powerful and defiant; braless tits, hairy armpits and all.

I have spent most of my childhood, adolescence and young adult life raging against the choke-hold of society. I have been told how to look, speak and think in order to be a ‘good woman.’ By patriarchy’s standards, I have failed over and over again; not being thin, straight, modest, hairless or quiet enough to warrant respect.

It has taken me years of de-programming to shed the shame, guilt and humiliation of not meeting gendered expectations. While painful though, the freedom is absolutely priceless.

I’m so proud of this shoot because I look at all three of us and I see strength and defiance.

I see rage and fire.

I see the fucking future. 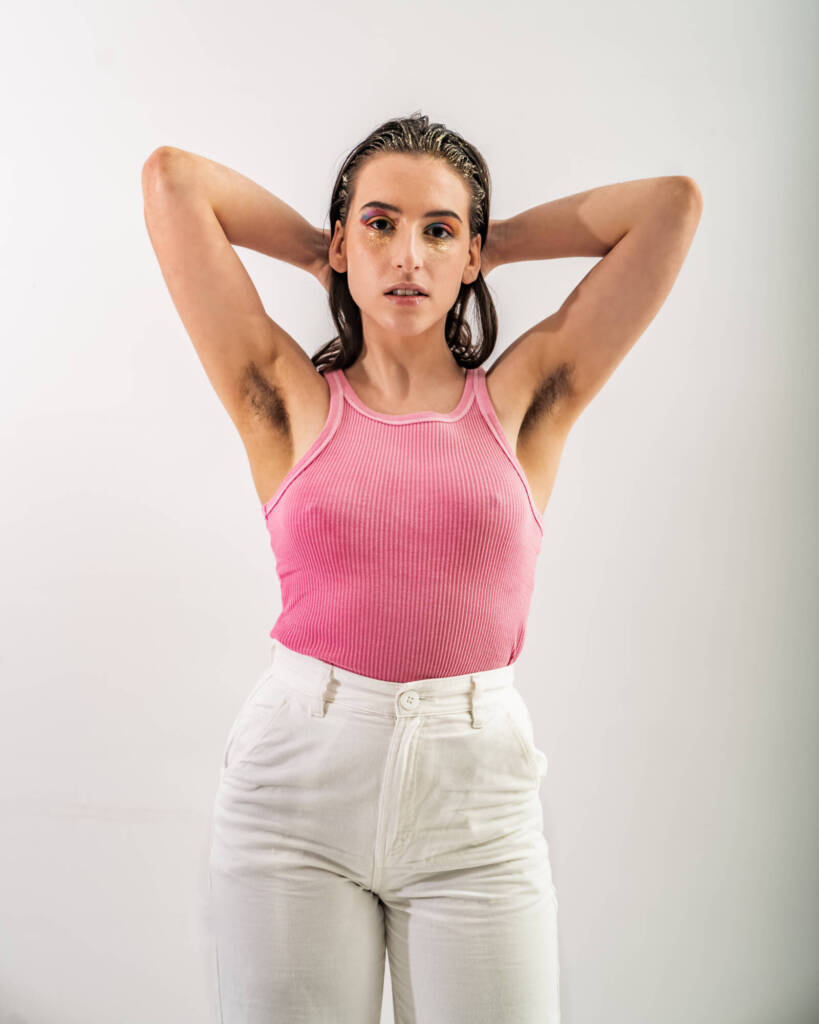 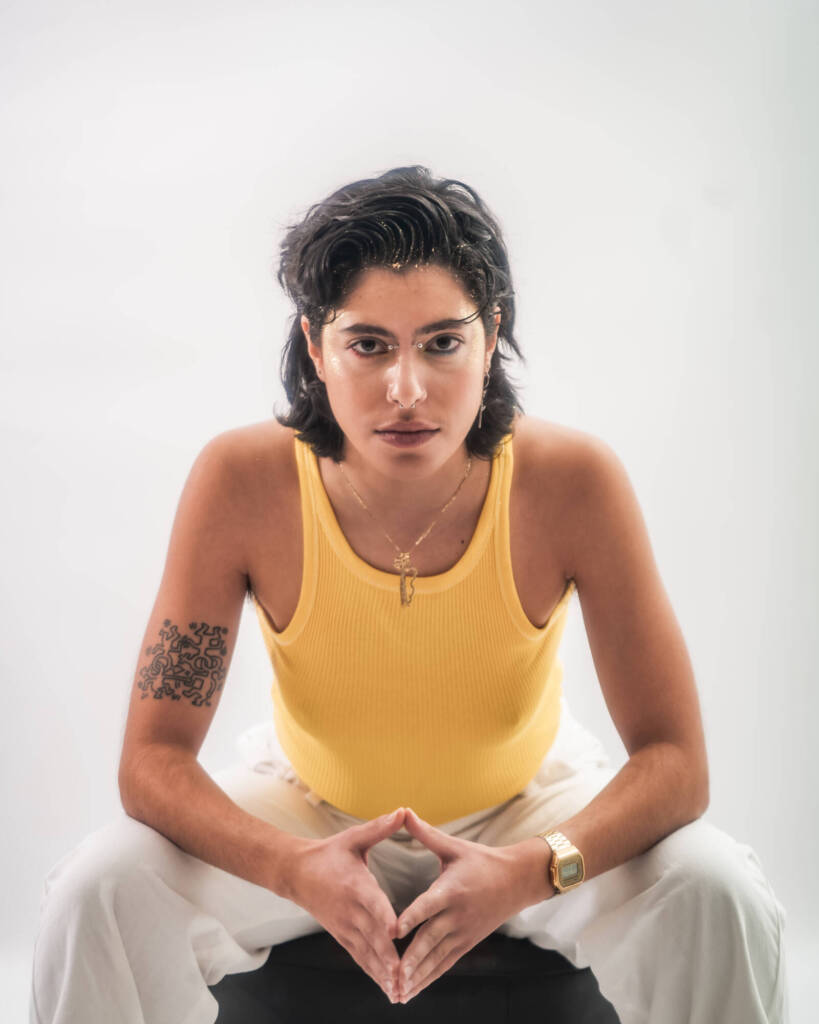 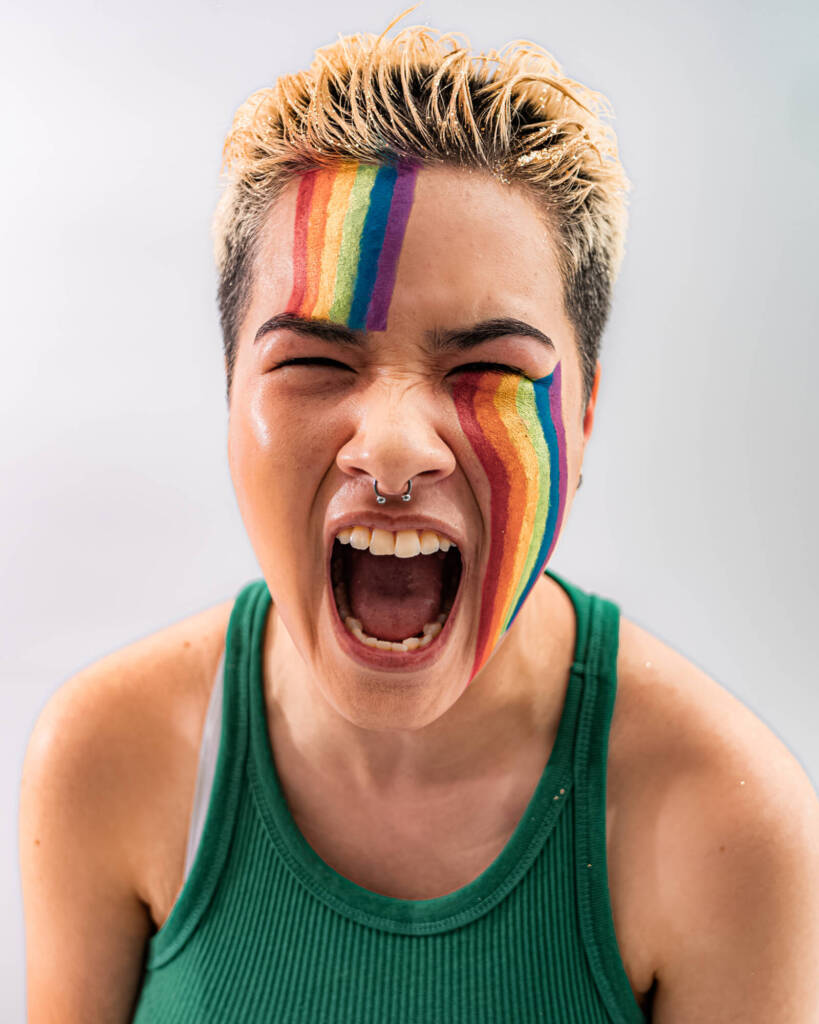 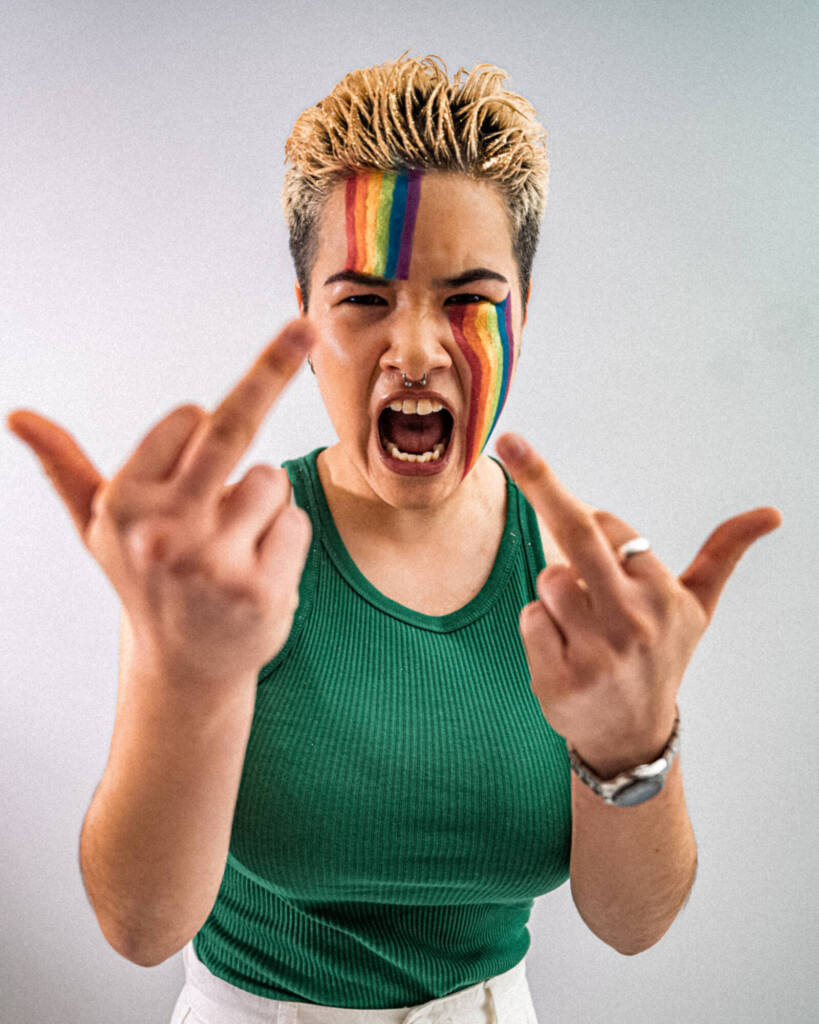 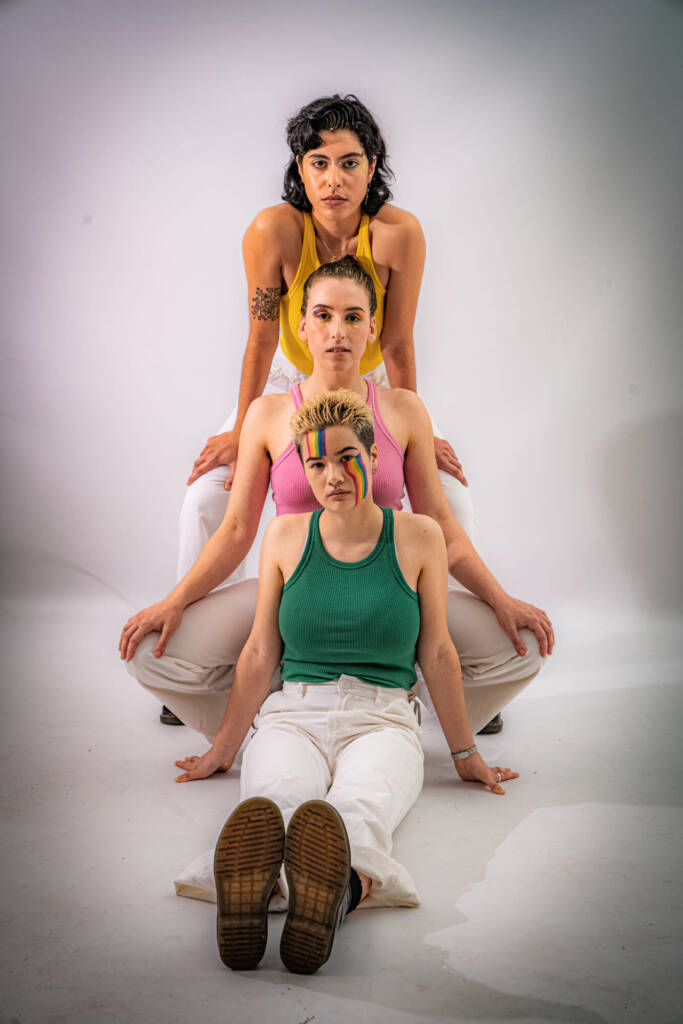 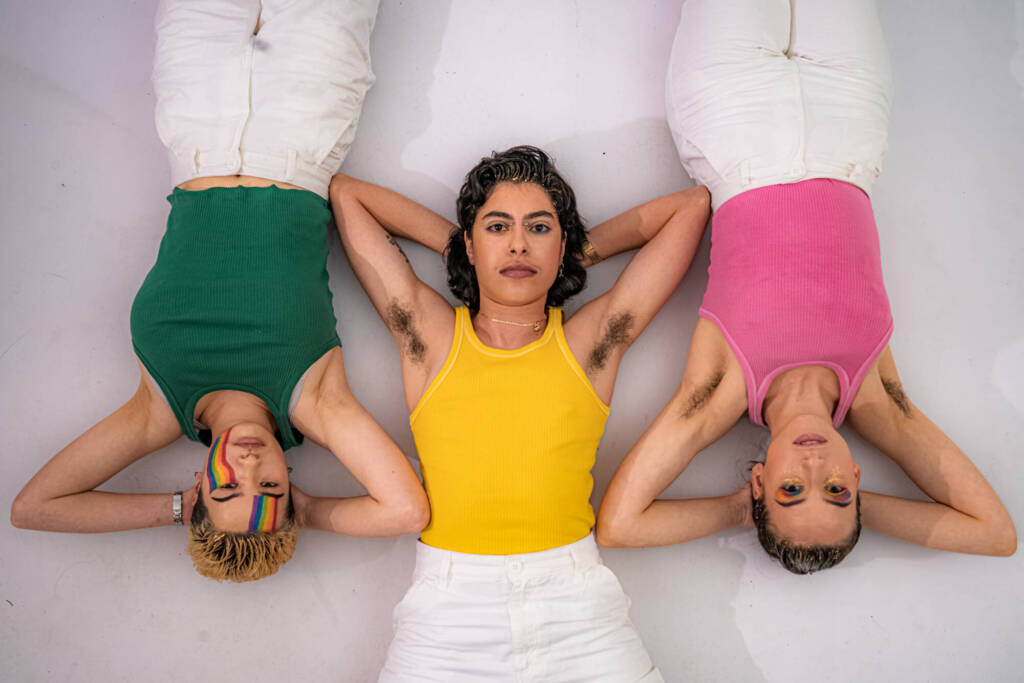 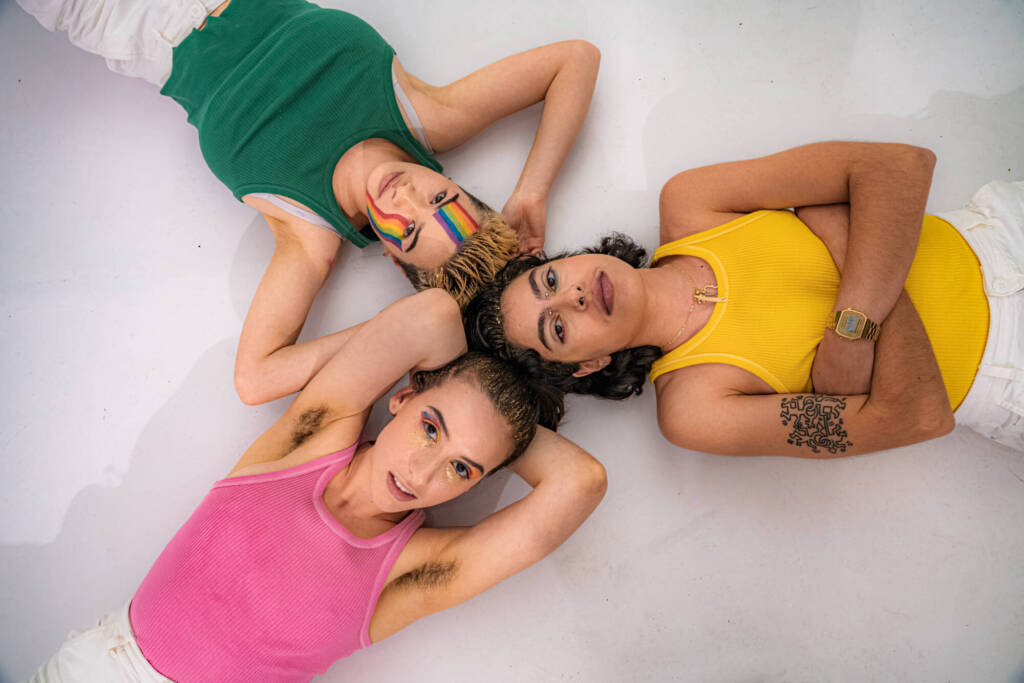 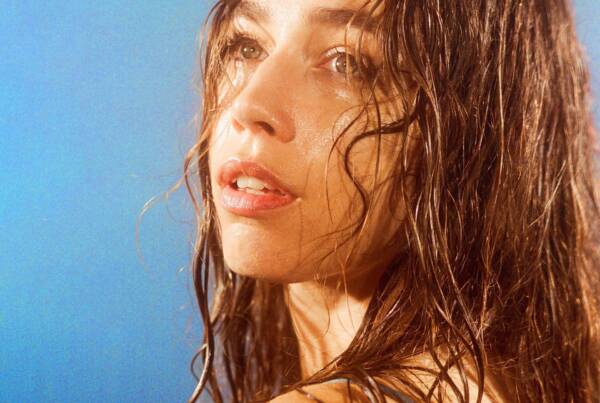