How To Be Online & Also Be Happy

Home » How To Be Online & Also Be Happy 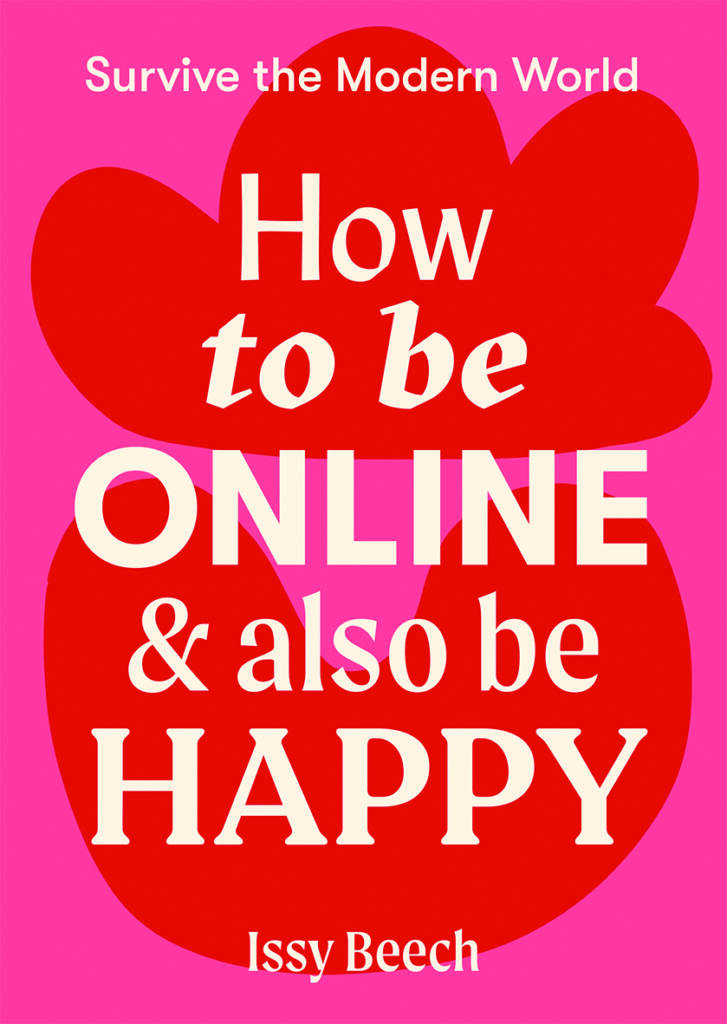 When did the internet start making us sad?

It can’t have been before or during 2002, when we were still skipping home from work or school two steps at a time in the dizzying anticipation of logging onto message boards to weigh in on discussions about our favourite bands and our favourite bands’ favourite bands, with other internet users in Jakarta and San Francisco. And it wasn’t in 2006, when we were personalising our MySpaces and blogs into the grey hours of the early morning – a time in history so supremely nice that I often look back and envy us. Maybe it was in 2012 and 2013, when Facebook and Twitter became public companies, owned by shareholders.

Or maybe it really all began to suck somewhere around 2016, when an American election was undermined using Facebook and our precious viral videos – one of the internet’s greatest gifts – were finally and wholly co-opted by marketers and influencers, and used to sell us more stuff we don’t need or want. Around the time that many of us fully accepted – arms open, eyes closed – equating our self-worth with the amount of likes and comments and all-round attention we received on social media. Around the time that the internet stopped being about us, the average household user, and crossed over to become a fully-fledged business, our attention and time was the currency. And also the product. Now, when we open our favourite apps, we’re not likely to blink at the one ad for every five posts, or that every key we press will result in some kind of clumsily targeted content. It’s unusual to go more than a few seconds without seeing an altered body in an image or video, or to casually witness an interaction that tears apart the very fabric of your reality. It’s not unusual to be told by a chip company that Black Lives Matter, or to be emailed about the best new Netflix shows by a bed linen company.

Maybe if we logged on once or twice a day, we wouldn’t feel so smothered by all the content. But our online-ness is now practically constant.

If you’re an average person, you probably touch your phone in the first five minutes after waking. And if you’re an actual average person and not one of the people lying on those surveys, you probably touch it immediately. You probably think of it before your eyes are even open. It’s likely the source of that incessant noise, after all. And in no time, it’s there, shining its blue-ish light on your poor, scrunched up, just-trying-to-get-it-together face. You’re feeling that familiar urge to open your favourite app, to start scrolling and catching up. So you do it, because why not?

You tumble into the depths of the infinite scroll. This tweet, that meme, this post, that story. Hardly any of it sticks but it feels good, like staring into space until you go cross-eyed. You don’t have to think, not if you don’t want to. Not about what day it is or anything else, really. Once you have your phone in hand, you can trust it with all the particulars. So instead of thinking or planning or even feeling, you spend the first moments of your day stupefied.

Most mornings, you probably scroll while somebody you live with showers and gets dressed, and you continue scrolling for however long it takes you to realise that time is, despite appearances, passing and there are things to do. So you shower and you inexplicably take your phone into the bathroom, even though it just sits there on the sink getting a bit damp and then, as you’re drying yourself off, you shout questions about the weather and the time at Siri or Ask Google or whoever.

On the way into work or school, you’re sitting and scrolling or standing and scrolling, jumping between apps and following content into rooms and threads and linkouts until you don’t know where you are or how you got there or who’s prime minister. Unless it’s one of your Off Days, in which case you’re listening to a Serious Podcast and only just resisting the itch to pull your phone from your pocket because you’re Looking After Your Mental Health.

Either way, by the time you’ve arrived where you need to be, you know everything. News, memes, jokes, updates, and anything anybody anywhere did while you were asleep. And it doesn’t feel good or bad or anything, really. It just is.

Throughout the day, if you don’t drive a bus or do kitchen prep or cave dive, you probably pick up your phone again and again …and again. Sometimes for a reason, but mostly just because you can. Sometimes you’re not even picking it up; you’re just touching it. Flirting with the unlock button and feeling the grooves. Other times, you’re not even touching it, you’re only looking at it, or even just thinking of it.

I love my little phone. The little kingdom inside it, that I rule over, mercilessly, most of the time. I love all my loyal subjects (emojis) and my trusty steed (Google Maps).

You likely read the internet on the way home too, like most of the people sitting beside you on public transport or in traffic. You listen to a podcast while scanning an article, replying to a text, looking up an actor, and taking an ironic selfie. Doing so many things at once that it somehow becomes more like doing nothing. But you like it because time passes quicker this way, and without feelings for the most part, which can be a relief at the end of the day.

In the evenings, while watching a movie or TV, you probably scroll some more, still unsatiated. By this time of day, you’re mostly looking at posts you’ve already seen, now being reposted by more and more people, being shared in the hundreds of thousands. You’ll read ten words into a meme or a tweet or a post before you even realise you’ve read it before, ten minutes ago as well as ten hours ago, but you’ll probably finish reading it anyway. At this point it becomes a game: Find Something I Haven’t Seen Yet. Keep mining through the apps until you see something new. And if you can’t? There’s always bedtime.

In bed, you continue this bizarre ritual, scrolling and tapping through Twitter and Instagram and Snapchat and TikTok in search of something, anything. Some new joke or photo, some new thing you can relate to or send to six different friends and three group chats. And when your eyes get heavy and your phone is slipping from your exhausted little hand, you pop it there on the bedside table, centimetres away from your head, and reluctantly turn out the light.

Here is one solution to your impossible-to-stop doom-scrolling: designate a favourite website or kind of browsing. What do you like best about using the net outside of, like, looking through TikTok? Is it long reads? Clean With Me? Gardening advice? Facebook groups? Thrift hauls? Newsletters? Shopping on Etsy?

Where does your internet use stop being browsing for the sake of it and start being an extension of your wants and needs? Your individuality? Who you are?

When you start defining what it is you like and love about the internet, the desire to stop scrolling for no reason might actually begin to hit you. Instead of letting the infinite wash over you like normal, you might think, ‘Wait. Wouldn’t I rather be …’

I like reading columns; advice columns, design columns and columns about relationships. I like reading profiles of people, usually really long ones that take up lots of time about hugely famous people – yes, even when they’re not that good. I like watching Vogue’s Beauty Secrets, especially the ones featuring people with bags under their eyes and cool hair and quirky eye makeup. I like watching old Bon Appetit Test Kitchen videos, and most other kinds of cooking videos. I like to watch videos about how they illustrate Ghibli movies, and Oprah segments from the 1990s and 2000s about kids who can see the future, or suburban mums who sustained a head injury and instantly learnt a new language. I like videos that explain how underwater tunnels are built, or how bridges are built, or how anything big and metal or concrete is built. I like to ask Google stupid questions like ‘am I sick?’ or

‘what is wrong with me?’, and I love to slide into Wikipedia holes, following hyperlink after hyperlink until I simply can’t stand it anymore. I listen to podcasts on Spotify, like Seek Treatment with Cat and Pat and The Read and Esther Perel-related things, so that my eyes get a break and I feel like I’m socialising.

I like FaceTiming my friends and my family so I feel like I’m keeping in touch, which is what this thing was meant to be for, wasn’t it? And my favourite thing I have ever found on the internet is a YouTube account by a user with Dissociative Identity Disorder (DID) who posts videos about their life and their identities. I watch everything they post with a twinkle in my eye (probably); videos where they introduce their alters, or build the alters and their ‘inner world’ using The Sims. Videos where they do AMAs about their likes, dislikes and how DID works.

This kind of internet is the kind of internet I think I was most enamoured by all those years ago: one that explains the world to you, takes you out of yourself and makes you more thoughtful, all while giving a person a voice.