How to Diffuse a Love Bomb 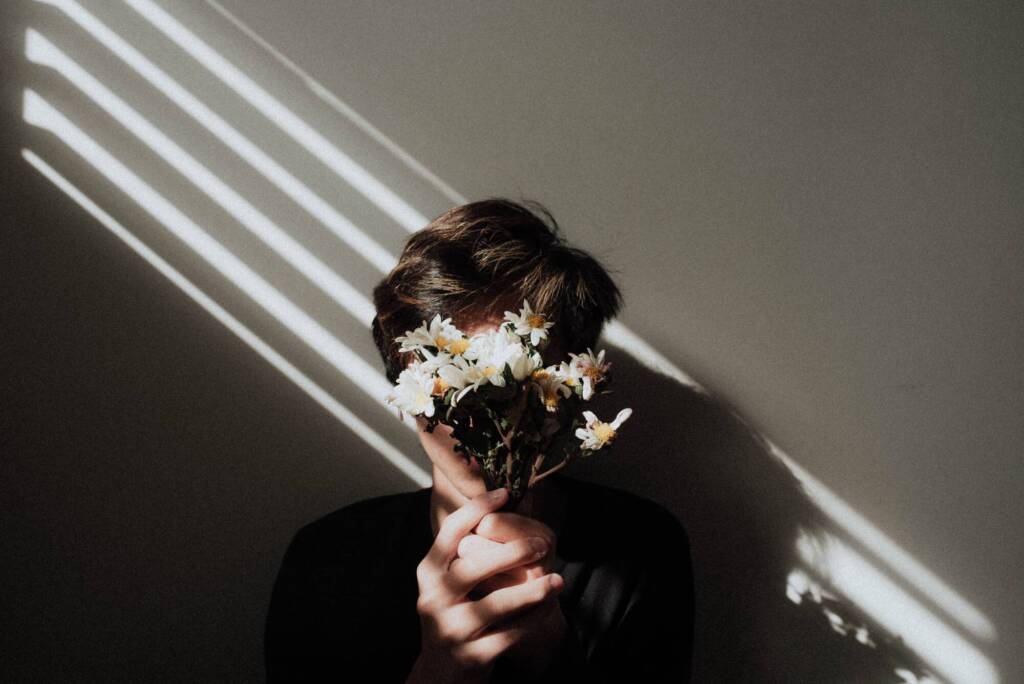 Love bombing is a type of emotional manipulation that’s unassuming at first. Often mistaken for loved-up courtship and oodles of affection, this manipulative tactic is often used by narcissistic individuals in the early stages of dating to butter you up into a situation where the ‘love bomber’ has all the control.

So how do we differentiate between being swept off our feet and being manipulated into an emotionally unsafe relationship? Read on to get the full low-down on everything you need to know about love bombing and most importantly, how to spot it.

What is love bombing?

Love bombing is a tactic of manipulation often used by a perpetrator at the start of a budding relationship to manipulate their partner. Characteristic of excessive adoration, grand gestures, lack of boundaries and overt displays of affection, love bombing is used to make the recipient feel indebted to the love bomber.

To do this, love bombers often play into the recipient’s self-esteem with intense, quick bursts of admiration, attention and most crucially, validation. Often, this intensity is usually followed by an unanticipated withdrawal from the love bomber once they feel they have gained control over the relationship.

This kind of behaviour might look like being lavished with extravagant gifts in the early stages of dating, receiving over-the-top complements that place you on a pedestal, or initiating plans for the future in the early stages of the relationship. Generally, love-bombing behaviour is underpinned by the feeling that commitments and grand gestures are occurring way too quickly and intensely.

In Dilshi’s experience, she didn’t realise she had been love-bombed by someone she was dating until her friends informed her of the term. At first, she thought her date’s behaviour could be classified as merely ‘a lot’, but slightly endearing – pinning it down to him just crushing really, really hard. Turns out, Dilshi went through a textbook example of love bombing.

“I met up with this guy for the first time and he met me with a film camera he’d bought for me, two of my favourite chocolates, a ring and he’d spent 85 dollars on a picnic for us, he even gave me his brand new Champion jumper,” she said.

“I was still talking to other guys and I mentioned it to him [after our first date]. He got really salty about it and then ghosted me. Two weeks later, he told me he’d gotten a girlfriend!”

In Chloe’s experience, the signs of love bombing came in the form of excessive text messaging and tonnes of affection, followed by sudden radio silence.

“I met this guy on a dating app and we talked for a really long time before we actually met up. We sent really lengthy text messages to each other – I’m talking 15 texts at a time, per person kind of thing, every day. The messaging was full-on and that was something that I wasn’t used to, but I like was like, ‘Oh, this is cool’,” Chloe shared.

“A couple of dates in, he told me “I’ve had some stuff going on that’s made me not ready to date… and I realized this year that I was ready to date someone so I jumped on a dating app, but then I met you,” implying that now, that was it for him.”

Chloe said that although their relationship seemed to be moving pretty quickly, she felt validated by her love bomber’s displays of affection and the amount that the pair were seeing each other, creating all the more shock when her love-bomber suddenly went cold.

“He withdrew everything in one go. I didn’t hear from him for a few days, which turned into weeks… he cancelled on me twice and wasn’t really replying to me anymore,” she said.

“I eventually had to bring it up with him. He came back to me and was like “I don’t really know what’s going on, I don’t think I feel the way that I should be feeling about this and I think it’s all happened really quickly”.”

“I was like, ‘am I going crazy?’, and that’s where the love-bombing comes in because they drop all this attention, all this effort onto you, all these words, and then they’re like, ‘oh, no that’s on you’ and then they have the power and you’re left to deal with the remnants of the love bomb.”

Love-bombers also tend to want to race into commitment. In Leeann’s experience, her love-bomber made grand plans for future travels together in the courting stages of their connection. He then went on to pressure her into putting a label onto their relationship, well before she was ready to do so.

“I remember we’d been on like three dates and he was like “are we official yet?”,” Leeann said.

“It felt really rushed. When we were talking about being together and I still wasn’t ready for it yet, he would always compliment me and say things like ‘Yeah but my family loves you,’ and ‘You’re the smartest woman I’ve ever met,’… By the end of the relationship, I felt really judged and that I had to force compliments and kindness out of him.”

Why is love bombing so dangerous?

Psychotherapist Amy Kaplan told Cosmopolitan that love bombing is driven by the desire to get the other person.

When it comes to love-bombing, whichever form the behaviour takes, the love-bomber’s actions are transactional – bombarding you with excess affection to make you feel obligated to and dependent on the perpetrator.

By playing into your self-esteem, boosting your levels of dopamine by way of showering you with validation and making you feel special, the love bomber’s aim is to obtain the recipient’s attention and devotion in order to exercise control.

“When they feel like they really got the person and they feel secure in the relationship, the narcissist typically switches and becomes very difficult, abusive, or manipulative,”  Amy Kaplan told Cosmopolitan.

Bottom line is, this is a form of emotional and psychological manipulation that can lead to dangerous cycles of abuse which, as a result, can be extremely detrimental to the recipient’s mental health.

It’s hard to detect, but if you’re in the courting stages of dating and things are ramping up to the point where you feel too rushed or overwhelmed, listen to and trust your gut.

If you come to realise the person you’re dating is love bombing you, do what you can to safely remove yourself from the situation, and reach out to trusted support systems. This could be a close friend or family member, or even a mental health professional.