Taking His Name: The History and Where We Are Now 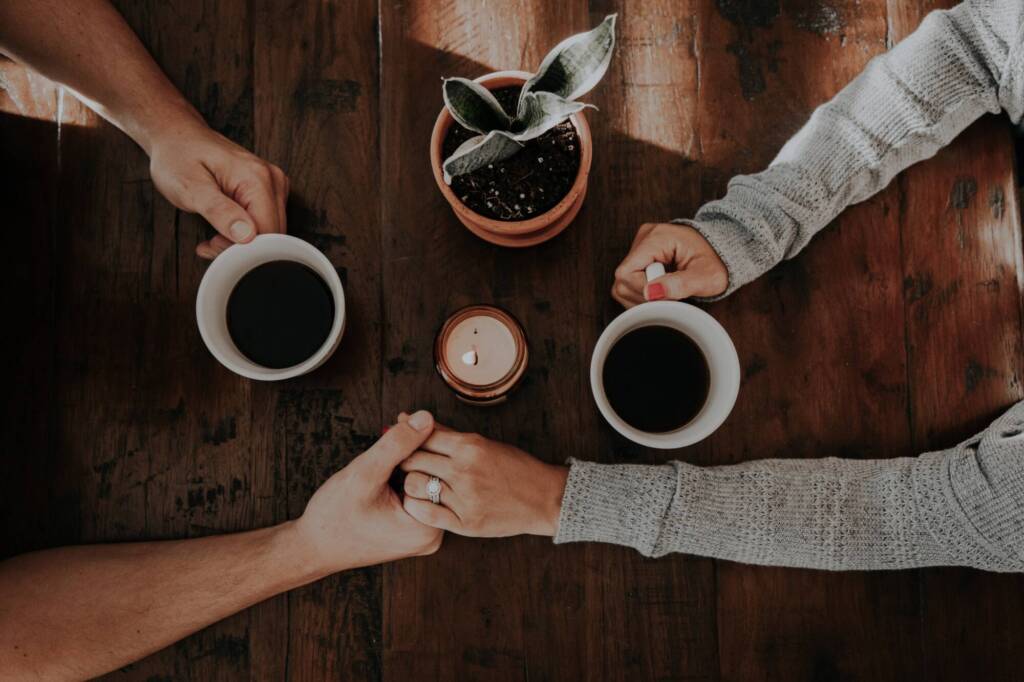 Entrenched in longstanding social and legal conventions, taking a man’s last name when a woman in a heterosexual marriage says I do is a societal norm that’s recently bubbled up into the discourse in recent weeks with newfound vigour.

With the oldest son of Posh and Becks, Brooklyn Beckham, marrying his now wife Nicola Peltz, the pair have decided to do what’s still considered highly unconventional according to Western marriage standards. They’ve decided to double-barrel their surnames, making them Mr and Mrs Peltz Beckham.

The ‘It’ couple’s new wave decision got a lot of people engaged in highly contentious debates about the age-old tradition. With a history that tracks back to a sexist law that erased women of their individual identities and made them entirely dependent on their husbands, more couples are choosing to move away from the long-standing convention that instructs women to give their last names away when they become a wife.

Although this move away from the tradition is still in the minority, change is afoot with more and more couples assessing the decision and its implications properly, rather than falling into taking his name for the sake of convenience, or because ‘it’s just what people do.’

Before we jump into the ins and outs of this topic, I’d like to preface that this is a judgement-free zone. Given the patriarchal world we live in, women already face so much scrutiny for so many of their choices. When having these big picture conversations, it’s important to approach them with nuance. It’s not productive, helpful or kind to judge anyone for their decisions.

In this feature, we are here to explore the widely held rhetoric that keeps this tradition firmly intact despite its less than inspiring history. We’re pondering why women around the Western world continue to drop their surnames at the chime of wedding bells.

On that note, let’s trace back the history of changing your last name, shall we?

It’s no secret that taking your husband’s last name is rooted in patriarchal structures. Historically, absorbing your husband’s surname meant becoming his legal and financial subordinate. Back in the day, a woman getting married meant she would be under the complete control of a man.

The tradition dates back to the 11th century, with English common law dictating that when a woman gets married, she becomes a ‘feme covert’, or a ‘covered woman’ – essentially meaning that she and her husband become one after the ‘I dos.’ Under these laws, a married woman couldn’t own property and had no legal rights over her children. It also made it very difficult for women in situations of domestic violence to access help or refuge. And while the suffrage movement contributed to the stamping out of these laws in the 19th century, it wasn’t until the 1970s that women could register to vote and get a driver’s licence or a passport with just their maiden name in the USA.

Why the change remains

Despite modernising legislations and the momentum of social justice movements propelling the shift towards more widespread gender equity, this social convention has, for the Western majority, stood the test of time.

In a survey headed by the New York Times, results revealed that around 70% of American women still choose to take on their male partner’s family names when they get married to a man. In Australia, the figure is even higher with 80% of Australian women choosing to adopt their husband’s last name. While the number of women taking their husband’s last name is lower than it used to be, there’s no doubt that this is a socially enforced, institutionalised norm that makes not conforming seem a little new age or against the grain.

This sentiment rang true for our founder, Freya Bennett. Even though keeping her last name was a no-brainer for her and her husband, it took a while for some of her family members to wrap their heads around her choice.

“After the wedding, I’d get people, especially older family members, writing cards addressed to my name with his last name, and I’d have to keep reminding people over and over again,” she said.

The reasons why couples still decide that the woman will take the man’s last name often fall under the umbrella of wanting to embody a sense of unity for their partnership and family.

For example, if the married couple are intending to have children, there is a ubiquitous belief that having parents with different last names, or even hyphenated surnames, may confuse the children. However, this notion has been debunked by a sociological study that proved to having different last names in the family has very little impact on how a child understands who is in their family. And if we’re being honest, the children solely taking their mother’s last name for the sake of unity is hardly considered an option when it comes to this rhetoric – revealing that this patriarchal convention has every intention to strengthen paternal lineage as a priority.

Just recently, a constitutional Italian court has ruled the practice of naming a child by their paternal family name only is “discriminatory and harmful to the child’s identity.” They’re posing to parlialment that moving forward, all Italian children should receive both parents’ surnames unless agreed upon otherwise. That’s progress for you!

Another reason for this paradigm is the glorification of the perceived air of romance that surrounds a bride taking her groom’s last name as her own. Mainstream media has always pedalled the narrative that the proper route a relationship should take is one that moves seamlessly through the stages of being courted, engaging in monogamous dating and then solidifying the commitment by getting married – wrapping the proof of a woman’s devotion to her spouse in a neat bow with the adoption of his last name. When polled on Ramona’s Instagram stories, one follower answered the question ‘Why do you think men taking on the man’s surname is still so prevalent, even in feminist circles?’ with an apt summary of the romanticisation of the age-old convention. “We are The Disney Generation,” the answer read. “We want the Fairy Tale,” (followed by a face-palm emoji.)

Even as feminism bleeds into most aspects of our lives and decisions outside of marriage, the media has always told us the same thing. From old-timey princess fables to modern-day ‘girl power’ rom coms – despite what you may have going on for yourself as an independent person, the happy ending is often synonymous with getting the guy and becoming his one and only.

Statistics show that the growing phenomenon that has seen more and more women choosing to keep their last names as married women, is being led by highly educated, high earning women and women who decided to get married later in life.

Unsurprisingly (given we are a feminist platform), when asked on our Instagram stories whether our heterosexual, women-identifying followers intended to keep or change their last names, an overwhelming majority answered ‘keep.’ Out of 405 responses to the poll, 76% voted to ‘keep’ and only 96 voted to ‘change’

Some of the reasons for women wanting to keep their names pointed to a strong connection to their identity, pride in their career and how hard they’d worked to be recognised by their own name, wanting to honour their ethnicity, culture or family heritage, as well simply liking the uniqueness of their own family name.

As we see more powerful women in the public eye choose to keep their own surnames, the discourse has started to change. Though it may be a rarity, we’re now living in an age where a married man taking on the woman’s surname is not completely out of the question – again, respecting the fact that the woman may be both connected to and proud of her name and wants it to be passed onto future generations.

Supported by the odd male celebrity adopting their wife’s last name as their own (take Mr Peltz Beckham, Mr Knowles Carter AKA Jay Z, Dalton Henshaw and Marco Perego Saldana for example), the idea that a woman should be entitled to keeping her name after having made a career, being both professionally and personally recognised by that name, or simply just because she wants to (it’s her name after all!), is becoming a more popular sentiment. The changing paradigm begs the question more than ever: if we happen to love our family name just as much as our male counterparts, why should we have to change it?

In Freya’s instance, keeping the surname Bennett was all about challenging the oppressive nature of the status quo in order to do what felt right for her.

“It’s kind of the foundation of respect… do we respect women enough to honour their names, and we don’t,” she said.

The bottom line is that the default is changing and the right discussions are happening. As much as taking your husband’s last name may still be a decided option for the majority of Western couples – it’s not necessarily a given any longer now that we’re privy to the other, very legitimate, options available (i.e keeping your own last name, double barrel, or even coming up with a new family name!).

Couples have been modernising wedding celebrations that flip tradition on its head and subvert patriarchal traditions for decades now, in order to align with egalitarian values. So naturally, many couples are asking themselves; shouldn’t they have the surnames to match?