Hope and Bravery with the Beths 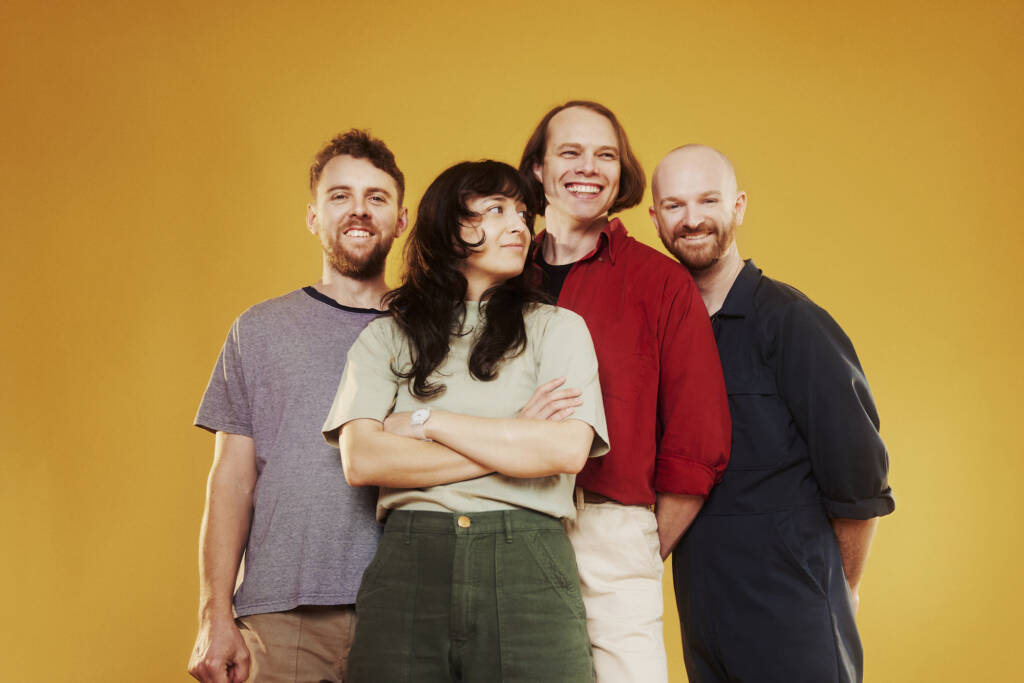 Rockstars are just like us. I notice this numerous times while speaking to the understated brilliance that is Liz Stokes. “I just went to the supermarket and on the way back I put on mai.fm and they were playing Missy Elliot’s Work It… of course I did not change the channel.”

The lead singer of Auckland’s indie pop rock outfit The Beths is both immediately vulnerable and reticent when describing their third album, Expert In A Dying Field. Saying a lot without saying too much is an enchanting quality that slips through in her songwriting.  “People have a lot of ghosts I think,” she says when I ask about the concept behind the title track. It feels almost lazy to describe it as a postmortem of a breakup: Stokes delicately maps the jarring, often tender realisation of how much learning we do while loving someone – only to be left with a lot of information that perhaps one day feels futile. She’s not a cynic though, “it would be a shame if the knowledge that one day you might not be as close to this person… stopped you from wanting to learn that fact about them because it might become useless information. That’s not the world you want to live in.”

Despite a pandemic interruption, the band have experienced a steady rise to critical acclaim. Their sophomore album, Jump Rope Gazers collected a slew of accolades at the Aotearoa Music Awards, with widespread international praise – even counting Phoebe Bridgers as a fan.

“Those shows felt really special,” she says of finally touring an album that was released in the thick of lockdown. “It’s nice to do a tour where by that point most people there are really familiar with the songs.”

Their third offering is somehow their best – just as cerebral but far more optimistic in sound. Which is not to say lyrically the album is bright and shiny, but it is less overtly pessimistic. “I don’t have a lot of control over what lyrical content comes out,” she says of the musicality of the record being intentional. “We wanted it to be fun to play live. Songs that felt upbeat and cathartic to play.”

Bravery feels like a thematic anchor of the record, though Stokes is quick to joke “I think with all of our records [the theme is] that I don’t like myself very much.” Given it often feels like a prerequisite for alternative music to dabble in self-loathing, The Beths provide an acerbic masterclass on Expert.

“I really do feel like a chicken. It was my new year’s resolution last year just to be braver. I’m so anxious… and it’s pointless,” she maintains in response to Knees Deep – a garage rock ode to summoning personal moxie. The music video is in direct juxtaposition to the lyric ‘I wish I was brave enough to dive in,’ with all band members – Liz taking up last position – going bungee jumping. “I feel very lucky to play in a band with a group of people where everyone was down to do it,” she laughs “If there weren’t cameras I don’t know if I would have done it.”

Soft spoken but visibly industrious upstairs, “I overthink everything constantly,” Stokes finds clarity when discussing perceptions of women in music. “I’ve been making music for a long time and I feel a big difference from even 5 years ago.” Of representation she says there is still work to be done, but similar to her musical journey there is a confident realism in her comments. “There is still such a long way to go, I would never want to say it’s all good now…but I used to search for music [that wasn’t there] and now I think those voices exist [in the industry].”

Throughout Expert there is a reluctance to be sanguine but the pragmatism feels as close to optimism as we are going to get from Stokes. “How rock bottom can you get before you can start to very loosely hope that things may get better?”

I’m heartened that even if hope was a dying field, it feels like The Beths are well on their way to being experts.

Check out The Beths when they play the national Laneway Festival in February 2023 alongside the likes of Phoebe Bridgers, Haim, girl in red, Finneas, Fred Again… and lots more! Tickets are available here.
Expert In A Dying field is available on all streaming platforms now. Keep up with The Beths on Instagram and via their Website.