SAY IT TO MY FACE: Tia Gostelow 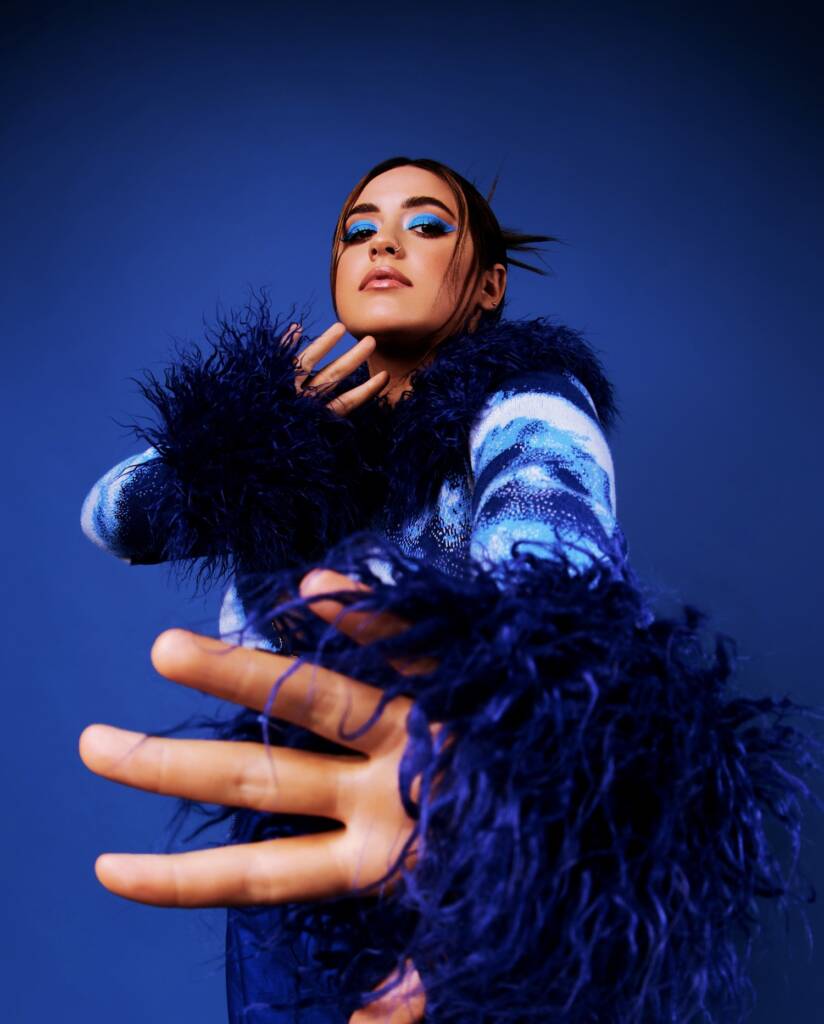 We’ve all experienced that feeling of uncertainty about a partner or someone we love or are close to. You can’t quite put your finger on it, but there’s just something about them. Sometimes it’s hard to articulate but, lucky for us, Tia Gostelow has done it for us.

The Meanjin-based indie powerhouse’s latest single Say It To My Face encapsulates that overwhelming not-quite-right feeling. “It’s so hard just sitting there and seeing the person that you love [not be able to] see what this other person’s really like, and just how painful it can be sometimes. You’re kinda just like waiting for them to unfortunately get their heart broken, or something to happen for them to see that.”

The inspiration of the song? It all stemmed from a conversation between her and co-writer Lucas Arens while she was on a writing tour in America earlier this year. The pair starting chatting about life experiences and landed on a topic that, oddly enough, they were both experiencing at the time.

“When you go into a session, you kinda want to get to know the other person a bit first, and try and find something that you can both write about. I don’t know how we got onto the topic but we both, at this time, had two people in our lives that had partners that were just awful.”

There’s a particular line in the song that I couldn’t quite get passed. It’s iconic, bratty (in the best way) and really just hit home: you should act your age, eat some fucking grapes. The amount of people I would love to say that to, my god.

“I think, with that line, I really like how playful it is. It’s kind of like…bumping your toe on the side of a table and how much that hurts. And sometimes you just wish this person would do that?! I was trying to think of things like that, like eating a sour grape.”

Having already released two successful albums—2018’s debut album Thick Skin, and 2020’s sophomore Chrysalis—it’s easy to assume that the songwriting and album-making process is now second-nature to her, but that’s not quite the case. Self aware enough to know that she wants more, Tia has taken the writing for her third album to the next level.

“Obviously getting older, you mature, you go through a lot more things. If you go back and listen to my first album, there are songs on there that were written when I was 15. A lot of songs about my feelings, and coming out of high school, and going into the adult world—so definitely early stages of writing. Whereas this album, I really had to dive deep to find lyrical content. I was really struggling with what to write about, what haven’t I said, and finding inspiration from other places other than from when I’m feeling sad. That’s when I tend to seem to write the most, like most songwriters.”

“Also, over the last two years, I’ve just been reading so many books and trying to find inspiration out of that. Taking situations that my friends and people that I love have been in and trying to write that from a way that’s just not my point of view. So I’ve really been challenging myself to do things like that, and also even just writing on my own—I hadn’t done that in years. I was so used to relying on other people to help me along—which is amazing, I love co-writing—but really a challenge for me to sit there with my guitar and write music and be happy with what I’d been writing.”

“I’m really excited that, on this album, there’s a couple of songs on there that were just written by myself and…it was just me and my guitar. Usually I’d come out of a session with a fully produced demo, [and] you can get stuck in these ruts where you’re like oh, the demo’s good enough—I don’t know how it’s going to get any better. So I think pushing myself to write, just me and my guitar, is the best thing I’ve done in a while. And just personally, I feel like I’ve levelled up in a lyrical sense which is just really exciting. I just hope people can see that as well. I guess we’ll see when the album comes out.”

If you’re into the idea of seeing Tia Gostelow live, citizens of WA are in luck. She’ll be bringing her live show to your part of Australia in January, performing three live shows. When asked about extending the tour to more parts of Australia, Tia assures me that more shows are (hopefully) coming.

“There are definitely plans to tour, hopefully get a few festival spots. I can’t wait to get back on the road again! It’s been so long since I’ve done a tour—I think it’s been two, almost three years.”

“I think the last tour I did was probably the end of 2020…I think. I can’t really remember that far back, it’s been a long time, so I’m really excited to be going to WA in January—I haven’t been there in so long and sometimes it feels a bit impossible to go over there. Even though they’re just acoustic shows, I’m really excited for them.”

“I hope there’s a lot more touring on the cards around the album, I’m sure there will be.”

Say It To My Face is out now.