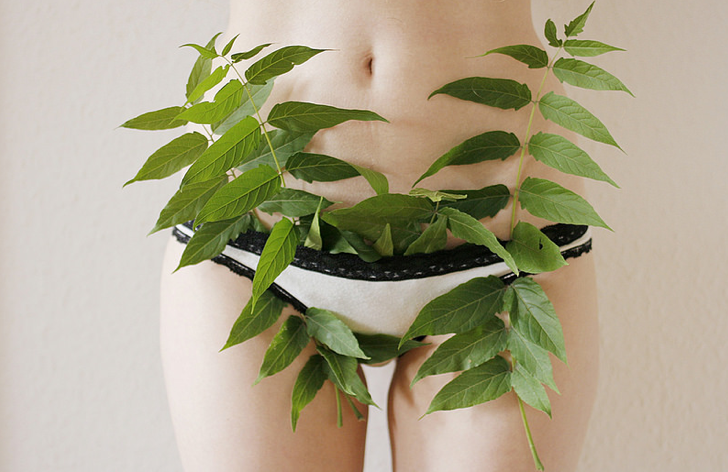 A number of decades ago, the introduction of the oral contraceptive pill was welcomed and celebrated as it allowed women to feel liberated from the worries of pregnancy, and therefore more able to explore their sexuality and better-manage their career prospects.

Nowadays, over 100 million females are using the oral contraceptive pill worldwide, yet many are largely unaware of the potentially serious health implications of these drugs and that there are numerous negative consequences that come with popping synthetic hormones on a regular basis.

Whilst for some of us the benefits of the pill may indeed outweigh the risks, it is always of high importance to be aware of both the positives and the negatives that come with suppressing our natural hormonal rhythms via a daily medication.

The good news is that there are a number of other options now available to us for both avoiding pregnancy and for achieving hormonal balance. We each have the ability, and every right, to weigh the risks and benefits of the choices for ourselves when it comes to making such life-altering choices. And although it may sound dramatic, such a choice is not one to be made lightly– because as you’ll soon discover, it truly may even be a matter of life or death.

The most obvious reason for taking the pill is to prevent the occurrence of pregnancy, but many females (particularly teens) are now being prescribed the pill for a number of other reasons including PMS, acne, irregular or heavy cycles, endometriosis, and PCOS (Polycystic Ovarian Syndrome).

The unfortunate problem with this common practice is that the pill merely masks and suppresses the symptoms of such conditions, rather than actually finding and addressing the underlying cause. This is why many women find that their symptoms return with a vengeance, and often more aggressively than ever before, once they cease taking the pill. Whilst it may be nice to be relieved of symptoms for a short time, taking the pill does not improve your health at all in the long run, and in some cases, can leave you much worse-off.

Put simply, most hormonal contraceptives promote continuously high levels of oestrogen to circulate throughout the body. Unfortunately, research shows this to be quite dangerous in the long-term. Oestrogen dominance increases the risk of cystic fibrosis, breast cancer, cervical cancer, liver cancer, benign liver tumours, blood clotting, heart attack, migraines, gallbladder disease, high blood pressure, weight gain, and mood changes. Research has shown a 2.5 fold increase in the risk of ischemic stroke from the pill, which can result in severe functional impairment and even death.

Potential Side Effects of the Pill

Pilot studies have shown that, in addition to hiding the symptoms of certain conditions listed above, like PMS and acne, the pill can add significant side effects on top of the other things it does. For example, depression may be a significant side effect of the pill, potentially only aggravating low mood and PMS symptoms in some women. Studies have also found that oral contraceptives can increase sex hormone binding globulin, which usually results in a dramatically decreased libido and can even lead to hypothyroidism. A reduction in libido certainly isn’t what most women want, particularly those who chose to go on the pill specifically to allow them to have safer sex!

Although it is commonly believed that hormonal contraceptive use doesn’t affect future fertility, research by Dr Kathrine Birch Petersen from the Copenhagen University Hospital in Denmark indicates that the pill may actually be a major culprit in draining a woman’s ovarian reserves. The ovaries of pill users have also been shown to be between 29 and 52 percent smaller than the ovaries of non-pill users, particularly in younger females. The degree of permanency of such effects is yet to be studied.

Just like antibiotics and numerous other pharmaceuticals, a common side effect to the pill is damage to the beneficial bacterial flora in the gut, leaving it susceptible to colonisation and dominance from pathogenic strains such as Candida Albicans (commonly known as thrush), Streptococci, and Staphylococci, which then results in what is referred to as gut dysbiosis. Such drug-induced dysbiosis can be particularly resistant to probiotic and/or dietary treatment, and dysbiosis in itself can allow the development of intestinal permeability. Also known as “leaky gut”, intestinal permeability is now thought to be a predisposing factor towards the development of many health conditions including IBS, weight problems and obesity, autoimmune disease, allergies, and other immune- related conditions, as well as playing a significant role in psychological conditions. Having a poor balance of gut flora negatively impacts the body’s ability to digest and absorb nutrients, and it can even have a huge impact on the health of your future children seeing as though they inherit their mother’s gut flora during birth.

The Depletion of Nutrients and Other Concerns

As a qualified naturopath and nutritionist, clients often come to me with a range of hormonal issues, digestive complaints, skin problems, and mental health concerns such as depression and anxiety. After some pathology testing is done, the results often indicate that these clients have deficiencies or sub-clinical deficiencies in one or more important nutrients. One of the very first things that I always want to know is if the client is on the pill (or any other form of hormonal contraception) because oftentimes, simply finding an alternative option that doesn’t involve synthetic hormones will aid drastically in reducing the client’s symptoms– even if they were put

on the pill to mask these symptoms in the first place. This is because, unbeknownst to many doctors who are all-too-quick to prescribe the pill as a quick-fix, research shows that the pill actually depletes the body of many nutrients that, ironically, are of high importance in optimising and maintaining hormonal health, skin health, and mental wellbeing. These nutrients include zinc, magnesium, B vitamins, selenium, and vitamin C. In short;

– Zinc is a particularly important mineral for fertility, hormonal balance, and skin health. In sufficient levels, it can aid in the management of dysmenorrhoea, PCOS, depression, weight problems, and metabolism. Deficiencies can lead to low immune function, acne and other skin conditions such as rashes or spotty “chicken skin” on the arms or thighs, stretch marks, hair loss, white spots on the fingernails, and low libido.

– Magnesium is a mineral that most of us are already deficient in due to our depleted soils. It plays many important roles within the body, including numerous aspects of hormonal regulation. It is an important nutrient for reducing PMS, cramping, stress, and depression, as well as regulating insulin and metabolism and aiding in the reduction of headaches and migraines. Deficiencies can results in poor heart health, high blood pressure, muscular cramps, anxiety, respiratory issues, dizziness, fatigue, headaches and migraines, insomnia, and depression.

– B vitamins are involved in energy production, adrenal health, digestion, metabolism, skin health, and neurotransmitter synthesis. Vitamin B6 plays a particularly important role as a cofactor for the production of the neurotransmitters serotonin and GABA, which help to keep mood and mental wellbeing stable. B vitamin deficiencies can promote depression, irritability, nervousness, stress, restlessness, tingling sensations, fatigue, headaches, digestive problems, and even premature grey hair.

Here’s something else to consider: researchers have found that our water supply is contaminated with synthetic hormones because of the widespread use of the pill. The high levels of oestrogen in lakes and rivers damage the fish and other wildlife, sometimes causing them to be sterile and severely decreasing their populations. Taking the pill is a choice that affects more than just yourself as an individual — certainly something to keep in mind for anyone who is concerned about the wellbeing of our planet and its inhabitants.

Disclaimer: This article is intended for educational purposes only. Such content is not intended to, and does not, constitute legal, professional, medical or healthcare advice or diagnosis, and may not be used for such purposes. Always seek the advice of your physician or other qualified health provider with any questions you may have regarding a medical or wellness condition. You should not act or refrain from acting on the basis of any content included in this article without seeking the appropriate medical or other professional advice on the particular facts and circumstances at issue from a doctor or other trained health care professional licensed in the reader’s state, country or other appropriate licensing jurisdiction.

Resa is a 36 year old photographer from Leipzig, Germany. Find her on Facebook.

Mikaela Felstead works as a qualified naturopath and nutritionist at OWN Health in Brisbane. Originally from country Victoria, Mikaela grew up in a beautiful mud brick house built by her parents, surrounded by a 5 acre bush block. To this day, she still finds peace and comfort in the sounds of a kookaburra’s laugh, rain on the roof at night, and the summery groan of a lawn mower. Mikaela loves Christmas, papaya, AFL, being at the beach, soaking up the sunshine with her bare feet on the grass, and hearing her daughter giggle hysterically when her daddy tickles her.

One response to “Get Informed About the Pill: Part 1”