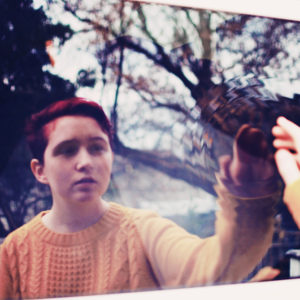 I missed the wonder kid boat. 19 years old and I’m no Lorde, I haven’t designed a revolutionary machine that will cleanse the ocean of all rubbish at 15, nor have I inspired a generation of young women to speak up for their education. I’m just plain old me. I went from primary school to high school to uni. I do my homework (most of the time), get pretty okay grades, and live in a pretty okay suburb.

In the realm of social media, status and success are measured by followers and flat-lays. I see 12-year-olds on Instagram with more followers than I could ever dream of and this makes me feel strangely… inferior? I fall into this trap of thinking people that have more followers than me are somehow far superior, far happier, and just plain better than me. I’m intimidated by them, I envy them, and I hate to admit it, because it means that social media is just another place for me to feel self-conscious about my mediocre achievements at the age of almost 20.

When I realised that I was having these feelings it lead me to question, why? Why was social media affecting me on such a deep and fundamentally self-critical level? Why does the success of others– particularly people younger than myself– factor into the way I view my own worth?

Now, this problem isn’t solely to do with social media, but I am most often faced with this insecurity on some social media platform, be it a group of 17-years-olds making short films that are getting 2 million views on Youtube, or 15-year-olds with 13k followers making money to post pictures of their new watch. Am I experiencing this wonder-kid anxiety because I wasn’t mature enough myself at that age and thus feel inferior? Or is it a fear of growing up ordinary?

This deep feeling of anxiety over the prospects of being ordinary may be a millennial thing, it may be a human thing, but I just couldn’t shake the feeling that I had missed my window for greatness, that anything I would achieve in the future would be nothing compared to someone who had done it at a younger age, better or worse. I know this sounds entirely bleak, but I couldn’t really envision a future since I hadn’t created one as an adolescent. I felt like I had nothing to look forward to, that the best was over.  And how can you possible move forward when it’s over before it begins?

I felt this way until fairly recently; sometimes the thought was crippling and all consuming, other times it was just a dull ache. “Don’t you think we’ve missed the wonder-kid boat?” I asked my friends one day. I was surprised to find that this wasn’t really something that bothered them. I mean, surely everyone must feel the crippling pressure to be a youtube star at the age of 16, right?

They made me realise something important: It’s okay not to be a wonder-kid. It was a very simple and beautiful realisation. You might even be thinking, well, duh, of course it is! But it felt like someone had just passed me a glass of ice cold water that had been sitting next to me the whole time.

This epiphany gave way to a spring of important realisation (it really is the year of realising things, thanks Kylie!). I’ve realised that it’s really more important to grow and do and make and experience without trying to worry about people following you. You need to make things because you are passionate about making them, not because you want people to like a picture of them. You need to write a piece because you genuinely want people to learn and take away from what you write, not just so you can say that you were published in such and such. If you become famous, great! If you get paid to post pictures of your watch, great! As long as you’re living genuinely, curiously, and utterly you, then I’d say that it’s okay to be perfectly ordinary.