By Ramona MagazinePoetry, Your Writing
2 Comments

Interview of Rhiannon McGavin by Sophie Pellegrini // Get Lit & Youth Speaks both combine arts and social justice in very beautiful, powerful ways, and I’m happy to have worked with them! 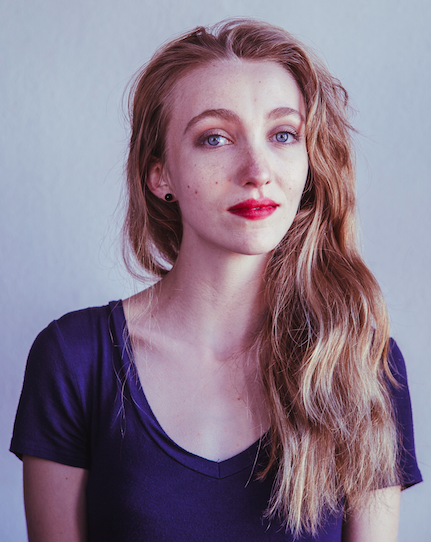 Hi Rhiannon! Can you introduce and tell us a little bit about yourself?

Hi!! I’m Rhiannon, currently an 18-year-old senior from Los Angeles. I like gardening, making YouTube videos, and taking pictures of my cats.

How did you get started in spoken word? What is it about spoken word that you love?

I’d been writing poetry for a couple years, but the Get Lit program came to my high school in freshmen year. I made it onto the slam team to represent my school in their city-wide competition, and it’s been a roller coaster from there! I love spoken word so much because it makes literature more accessible. It’s very easy for people to get elitist about poetry, but spoken word breaks those barriers down and gives everyone the freedom to write and perform. The form itself is extremely personal, since it’s you, onstage, talking about what you care about, and I think that specificity actually helps a wider audience relate to your story.

Tell us a bit about Get Lit and Youth Speaks.

Get Lit is a nonprofit organization in Los Angeles (that just hit its 10th anniversary!! yay!!) that brings spoken word to middle and high schools in the city. Basically, we go into schools with “classic” poems, ranging from Shakespeare to Kendrick Lamar, the students pick a favorite piece, and then write a response poem to it. They memorize both these poems, and that’s what they compete with in the spring. This year we have about 60 schools competing, and I’m actually coaching my high school’s team!

Youth Speaks is an international nonprofit organization (20th anniversary this year!! ahh!!) that runs the Brave New Voices competition each year. BNV is where we competed in 2014, representing LA in Philly.

Both of these organizations combine arts and social justice in very beautiful, powerful ways, and I’m happy to have worked with them!

You cover so many important issues we’re facing in present day society in your poem, Somewhere in America. If you had to choose just one or two issues/causes that you are particularly passionate about–discussed in this poem or not–what would they be?

I’d say that the issues I discuss most often are anti-semitism and misogyny. There’s a very long history of Jewish women in activism, from Rose Schneiderman of the American Labor movement to the female partisans of World War II, and even modern writers like Anne Marie O’Connor. International Women’s Day actually started in 1909, in memory of murdered workers of the International Ladies Garment Workers’ Union. I hope to carry on that legacy as best I can, since these issues are just as harmful and pervasive as they were a century ago. Right now, I’m very interested in the history and application of reproductive rights, especially as the American Supreme Court debates funding for Planned Parenthood.

One of the larger underlying themes in Somewhere in America seems to be censorship. Why do you believe the practice of censorship within the education system is problematic?

Censorship is a tool, and its effect depends on who’s using it. Materials promoting things like Nazism and the KKK absolutely need to be kept out of schools, but I’ve really seen administrators and legislators censor LGBTQ pride and girls’ shoulders way more often. There’s also a HUGE discussion going on right now about the use of trigger warnings in the classroom, and it’s really disheartening to see people couch trigger warnings as preventing “free speech”, yet not do anything about bigoted rhetoric on and off campus. Personally, I use trigger warnings as a way to navigate school assignments; we read tons of heavy material in my English class, and having a heads-up that a story will deal with abuse lets me plan ahead so I can still do the assignment without causing myself emotional harm.

Did you write this piece with Zariya and Belissa? What is that process like?

We did write this piece together! Basically, we wanted to write a 3-girl piece for BNV, and we decided to write about the school system because we were each dealing with mean teachers at the time. We wrote on issues that specifically harmed each of us, and then Zariya came up with using Jay-Z’s refrain “Somewhere in America” as the chorus. It’s quite easy to pick out what we all wrote, like I’m talking about gay girls at prom, etc.

And the poem had a lot of positive response, leading to things like performing on the Queen Latifah Show. What’s this like? Do you get stage fright or intimidated by being in the “spotlight”

Queen Latifah was so tall and beautiful and she smelled so good!! It was like talking to an elf queen!! I brought her a potted succulent from my garden when we went on, there’s pictures of it online. It was such a wonderful experience, especially since we were on the same episode as Gloria Steinem and Gladys Knight, two groundbreaking women. Getting stage fright means that you care about the performance, so I’m always happy to get nervous before I go onstage. The spotlight is very, very intimidating, but I try to do my best for the younger girls watching us.

Do you consider yourself a feminist? What does “feminism” mean to you?

I was raised by a single mother, so I absolutely consider myself a feminist. Feminism means fighting so that ALL women have the freedom and safety to live and create, unburdened and unharmed by racism, misogyny, homophobia, classism, transphobia, and anything else that could keep us from being our best selves. Feminism also means the potlucks at the crisis center where I intern. Feminism is me and my best friend staying up until 6 am talking about art and trauma. Feminism is, politically and personally, trying to keep all of us safe.

Be sure to check out Rhiannon’s amazing YouTube tutorial videos– she’s put together a playlist perfect for girl content creators, sharing her tips and insight on everything from writing and editing to making youtube videos to cyber harassment!