In Conversation with Craig Stott

Interview of Craig Stott by Freya Bennett // I would like people seeing Holding the Man to come out with the realization that love between the same or different gender/s is completely the same concept.

Firstly I want to congratulate you (a little belatedly) on your amazing performance in Holding the Man! How has the year been for you since the film’s release?

The year since the film’s release has been one filled more with personal growth than with career growth. This troubled me at first—I had honestly anticipated films coming at me from left, right, and centre, but that was not to be. I am much more at ease with being unemployed now. The things I have learned in the depths of despair are far greater than what I have learned in success. That is where growth happens. It would be nice to work again, and I know I will, but in the meantime, life has thrown me some wonderful spanners.

You portrayal of John Caleo was so beautiful and felt so real; what are some things you do to get into character?

I never really got the expression “getting into character”. Calling somebody a “character” distances them from you. What I do is look at how somebody sees the world and reacts to it differently to the way I see it. That’s all that differentiates us from one another. Different views and thus behaviour. Putting yourself in someone else’s shoes is perhaps a better expression.  This understanding of how everything and everyone affects us and shapes us is what I do.

Your onscreen chemistry with Ryan Corr was electric, how do you develop such a strong connection with someone you’ve just met?

You form a strong relationship with someone you’ve just met by spending time with them and being receptive to what they do or do not give you. I was very lucky in that what I got from Ryan was generous and profound. That gave me greater ease in opening up to him. After we’d finished filming there was something that had passed between us that was irrevocable. You never forget that. I haven’t spoken to Ryan in months but when we do cross paths again, there is such a shared experience, such a love and respect, that I imagine not much would have changed.

What was your favourite scene to film?

My favourite scene to film was the scene on the beach where we haven’t seen each other in a while because we’re on a break and Tim saunters up with a new haircut and the love and longing that pours between him and John is so palpable.  The beach at sunset resonates with most humans I imagine, and being in that environment gave the scene such life.

The story is not only beautiful but also tragic; how do you take care of your mental wellbeing while being so immersed in the character?

You take care of your mental wellbeing when you’re shooting by relying on those around you. It gets so that you cannot see the light at the end of the tunnel and having the ones you love tell you that everything is going to be okay again is what pulls you through. Losing the weight added to the mental strain obviously. I wouldn’t recommend hardcore dieting to anyone. Everyone was truly wonderful at looking after me. I got so weak that I could barely get off the couch. It was not acting anymore. It transcended into something that I for one have never experienced. I think it gave Ryan a lot too. He was literally looking after me.

I feel like this film (and previously the book) is a game changer for LGBTQ teens in Australia when it comes to accepting themselves, how important was that to you?

I never grew up with the book and when I was growing up young and queer, I didn’t really have any piece of literature or film that helped me accept who I was. Perhaps “Mysterious Skin”. I found pride in the fact that I was “different” and “not normal”. Who wants to be normal after all? I knew when I first auditioned for the film in 2013 that it was a very special project. I’ve never wanted anything more in my life. The book is a remarkable piece of queer Australian literature. I learned that it was very dear to many people’s hearts and that it was formative in their growing up LGBTIQ and their acceptance of and pride in their sexuality. To have relayed such a story to the big screen is a tremendous honour and one I will truly never forget.

Australian culture can be pretty homophobic, what can the everyday person do about this?

The everyday person who is intelligent enough not to ostracize somebody because of their sexuality is already doing enough for the betterment of Australian society. They are setting an example. It is more than I can say about, for example, Cory Bernardi or Eric Abetz, whose archaic views on marriage and what is essential for the next generation to turn out “normal” could literally be causing some young LGBTIQ people to see themselves as “sick” and contemplate suicide. Men like that are so evil, so twisted, and so out of touch with the modern world. We can combat homophobia by proudly being who we are. It is perhaps the most simple, graceful, and human way to cut through hate. Ultimately, men like that are a dying breed. They are slowly being bred out. They will, as they already are, become obsolete; their words meaning nothing. Love will always win.

Holding the Man is coming to Netflix in August. We are so excited that our international readers can see this film, what do you hope people will get from this?

I would like people seeing this film to come out with the realization that love between the same or different gender/s is completely the same concept. This film beautifully illustrates that every love is valid and equal. There are circumstantial things that differentiate the ways in which love prospers and grows, but in essence, we are all the same. I would like every fool in the Australian Liberal Party to see this film. Perhaps then they would stop spouting hate disguised as social concern and start actually listening to the voice of the people.

We have a lot of LGBTQIA teens that read Tigress, do you have any advice on growing up queer?

Hmmm, growing up queer. All I can say is that you will be who you are regardless of what or who is in your way. That was the case with me. I am so happy that I’m queer. It has made me the strong, intelligent, curious, insightful, compassionate person that I am today. Yeah sure you meet some wankers along the way who hate themselves and kick it back at you, but you weather that and the person you become on the other side is you. Only you.

If you could tell 15-year-old Craig something, what would it be?

If I could tell 15-year-old Craig something I would tell him not to do so much acid.  Seriously, I wish I had waited a little longer before I started doing psychedelics.

If you had a superpower, what would it be?

If I could have a superpower it would be to control the thoughts of politicians and world leaders. I would smash down injustice before it is spewed from their mouths!

What is something not many people know about you?

Not many people know that I am obsessed with pet rats. I literally turn into a mess when I see a rat. I talk in a high-pitched voice and can barely contain myself. I love rats so much. I have two pet girls. They’re my everything.

What’s next for Craig Stott?

Next for me: Amsterdam, Noam Chomsky, Masters in International Relations, acting (I hope), gym, writing, self-care, and love.

My Body Keeps Your Secrets: Interview with Lucia Osborne-Crowley 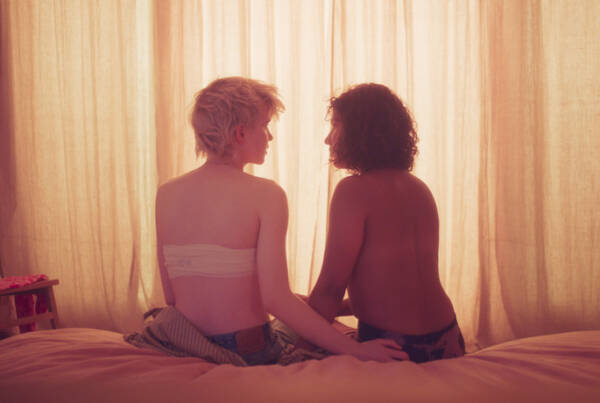 5 Films to Catch at MIFF 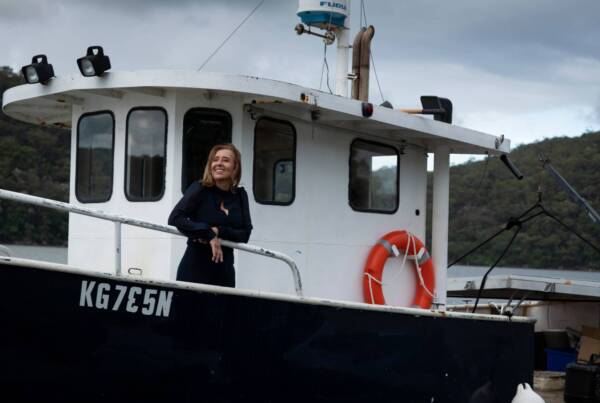 Fighting Back and Finding Joy After Trauma

Leave a Reply to Who ME Cancel Reply