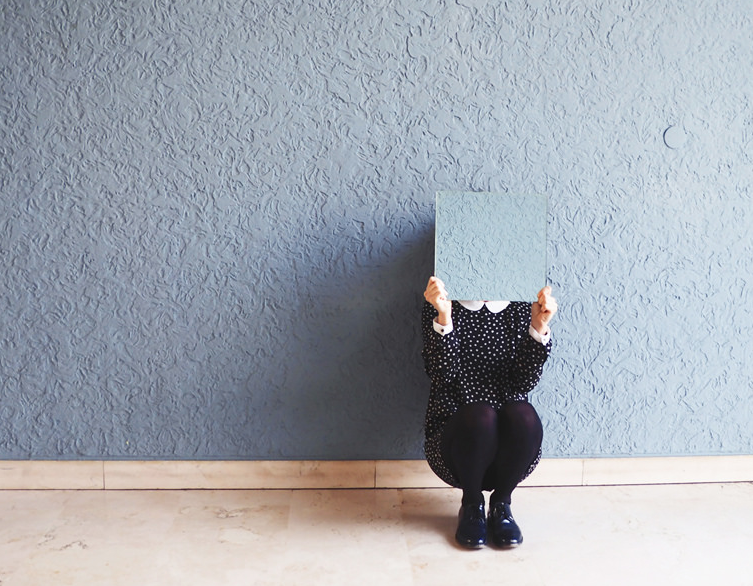 When I was fourteen or fifteen, a boy sat in front of me on the school bus. He swivelled around in his seat, balancing on his knees, and reached out towards me like The Creation of Adam. He touched my nose and immediately withdrew his hand, his mouth forming an “O” of mock horror.

“Ow, I cut myself! Your noise is sharp and pointy!”

I don’t remember his name, but I remember the look of triumph on his face at his own wit. I remember my desire to shrink into the scribbled, worn bus seats. This was a sixteen-year-old boy, scarily close to adulthood, ridiculing me in front of an unpredictable teenage audience. I was a younger, braces-wearing girl, not yet comfortable with the lankiness and height a growth spurt had bestowed on me at age twelve. I had never felt so unattractive.

The first time I recall hating my nose was when I was ten. I had photos taken at the orthodontist. They were blown up and printed on shiny photo paper, unflattering due to the harsh flash, and pinned to a wall for inspection. While the focus was on my jaw, it was one of the first times my nose, in profile, had been presented to me. Gone was the button nose of my childhood; the cartilage had grown disproportionately into a thin, hooked shape. I looked at myself and felt ugly.

I would gaze out of my increasingly myopic eyes and think, “I see the same world as the pretty people. I am a kind person. Why do I have to look like this?” I perceived there to be something almost immoral about my appearance; after all, there were no Disney princesses with noses like mine–just villains and comic side characters.

I am endlessly conflicted. If a friend of mine had the same concerns as me, I’d tell them that they are worthwhile; they are beautiful, there is nothing wrong with their face. A nose is a nose and you are you–which is more important? I don’t look at other people with large noses and perceive them to be intrinsically unattractive. Yet I pose myself carefully in photos so my profile is not obvious to the camera.

I sometimes see a reflection of myself in a shop window and the thoughts begin to spiral. I catch myself pushing down on my nose, sometimes as a reflex to a phantom itch in the cartilage, as if that will somehow make it shrink or stop it from growing larger. Multiple times, I have fantasised about accidentally breaking my nose so I have an “excuse” to see a plastic surgeon–because getting a rhinoplasty does not align with my personal beliefs. I don’t want to change myself to fit in with others’ standards.

But I also do. I hate myself for caring what that boy on the bus thought of me, for a ten second interaction that happened ten years ago. And I hate that I can’t allow myself the kindness and common sense I allow others.

It has been a long journey towards self-love; I am not quite there yet.