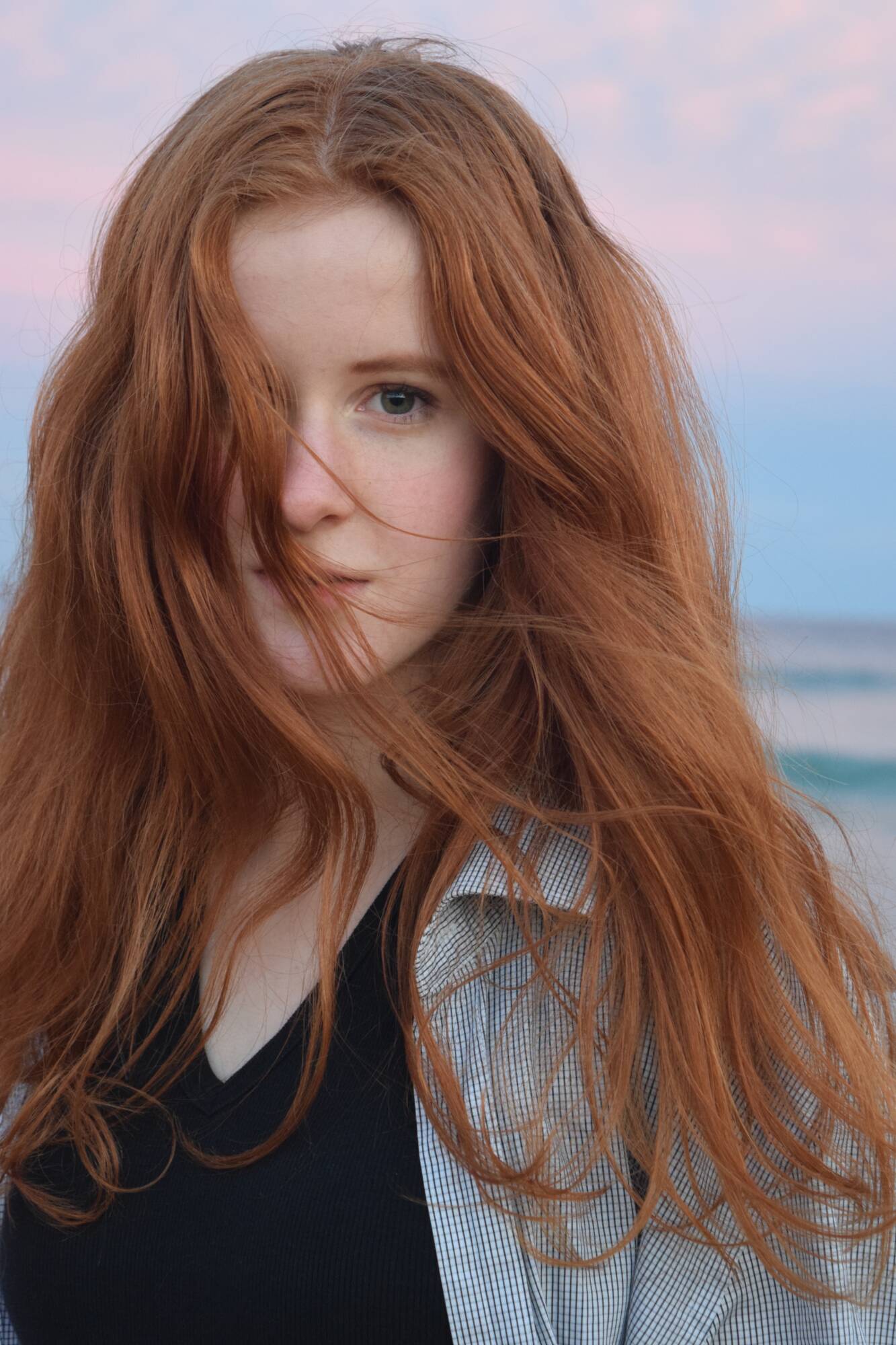 Says she is running out of time

But January is happy

Yes, sometimes she looks back

But then she looks ahead, and she keeps moving

Teaches October how to carve, how to tell if something is cooked all the way through, and how to tell the boys no without feeling guilty

January teaches October that she does not owe anyone anything

And October does not forget this

May’s father, March, likes to have fun, likes to drink, likes to wear those shiny beads around his neck

May’s mother, April, deals with this

She has a crooked smile and a large capacity for pain

Cries a lot and her hands shake, but she never touches the bottle except to smash his empty ones in the backyard

She goes on picnics often, lies in open fields

April speaks so softly to the flowers, in a language that would make anyone feel safe enough to open up

Does her best to raise her daughter, May, with a good heart

She teachers her how to grow things from a seed, how to let love bloom in its own time

June is the definition of an optimist

Despite the showers that sometimes caress her cheeks, she sees the world and still believes she can have it

Spends all her days in the sun, and doesn’t mind the heat

June has not met July, and she never will

June will be off somewhere, dancing, long before July arrives at the party

When he does arrive, it will be without his lover, August

Like a bottle that won’t open, with a cap too strong to use your hands on

No one really knows who July is, or where he came from

He is the life of the party

The party with the bottles and the bodies

The party where no one has to know your name

Everyone loves July, at least in theory, and August is no exception

But July cracks his knuckles on August’s jaw

Tells her, “There won’t be a beginning of you unless it’s the end of me.”

When all of them want him dead, July eventually goes on the run to evade the law, or his fears, or his father

For once in his mixed up life, he does a good thing

He kisses August’s forehead and then he leaves her behind

He does not return

When August wakes with yellowing bruises and no one chained to her side, she feels an emptiness in her chest

But she does not shed a tear

She has never before believed in capital G God, but she thanks him

And then, she locks the doors

Shortly after this is when I meet her

Half healed and half of her heart hardened

August takes up too much space in the bed, leaves me to hang my limbs over the edge

August sleeps too close, heat emitting from her soft skin

The fan does not help, sleeping without a comforter is impossible

I do not sleep, but I do not tell her

August’s heart beats too hard, I feel it like an earthquake when I am lying on the fault line of our bed

She has not washed her hair in days and when I ask her why, she says she has been busy with her schoolwork

But I have not seen August do any schoolwork

All she has done is walk around the house like she has forgotten what she came here for, and cry

August has done a lot of crying

She says this is the peak of hurricane season and somehow she is never in the eye of the storm, just swept up in its arms

I sweep her into my arms and, again, it does no good

She knows the heat makes my head hurt, and so does waking up without her

I think it is something she learned from July

I worry it is going to damage her smile

I worry one day my blood will stain her teeth

But then I look at her hands, her soft palms

It is then that I remember we are both survivors, but that does not mean we are both made of bone and scar tissue alone

September is the big sister I needed as a child

She teaches me how to tie proper bandages and start fires

September tells me to let the wounds heal

Takes me to the mountainside in the chilly afternoon, reaches the edge, and holds out her arms

“This, this is what is ours” she tells me with pride

But no one ever worries

When he does call, he says he has been in the mountains looking for peace

On the beach, soaking up vitamin D (because the doctor said he is lacking)

He is always teaching us the meaning of elasticity

Teaching us how to return to the same place, no matter how far life stretches us

He knows this is part of the process

But it hurts no matter what he knows

It hurts looking at boxes of ashes in backyards

It hurts having things crumble before you can let them go

It is in this way that life gets caught beneath your fingernails, in the crevices of your lungs, on the inside of your teeth

This is how you lose your ability to let go

Mabel Windred-Wornes is a 17 year old girl living in a humble shack with her family in Melbourne, Australia. She loves taking photographs of her sister and friends, often in nature.  She loves drawing, stream of consciousness writing in the dark whilst listening to moody music and writing songs in her bedroom about the experience of being a teenage girl – lovesick, bursting with emotion, confused and yet intrigued. She has a folk duo with her sister called Charm of Finches and gigs around the country dragging along a rambunctious family of five. www.charmoffinchesband.com

Savannah Alvarado is a 15-year-old artist who first began seriously writing after discovering spoken word a few years back. Since then, poetry has become a way for her to cope with mental illness and, really, a way of life. She has branched out and draws inspiration from everything she can in life. Her biggest goals are to be authentic, and to always write the stories that need to be written, even when they may be difficult.