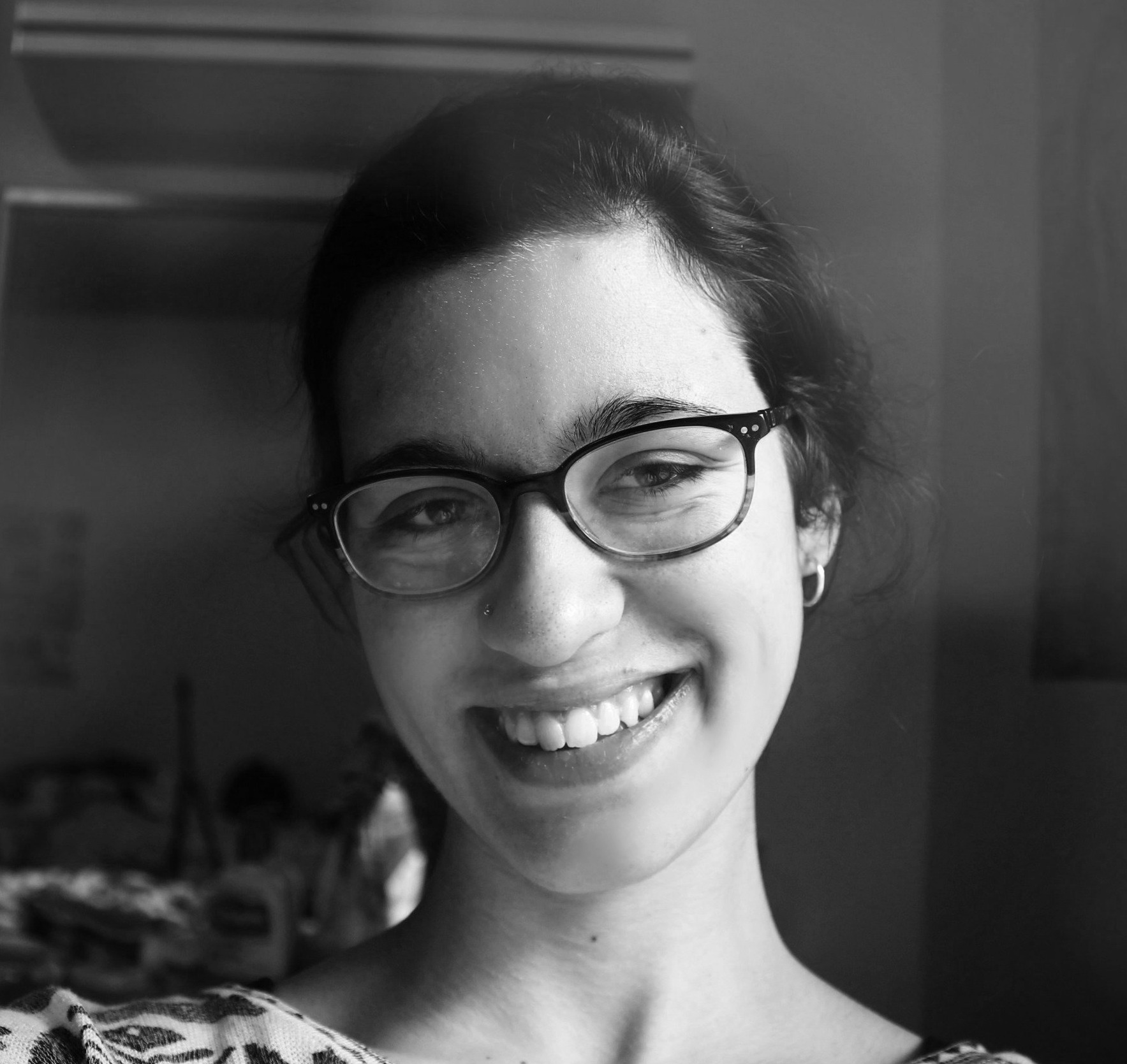 Hi Meggie! How are you doing?

Hi Richa, I’m doing well, thanks for asking! I have about a month and a half left before I graduate college, so everything is really getting down to crunch-time now with school and my job. But I’m hanging in there and trying to enjoy my last month or so here at college.

You’ve published two poetry collections: Survival Songs and Healing Old Wounds With New Stitches. Would you mind telling us the inspiration behind them?

Survival Songs was basically a collection of poems I had already written and decided to pull together into a collection, so there was no new writing that I created specifically for the collection. I pulled together pieces that I felt truly represented the essence of survival – survival of not only outside forces and outside situations, but survival of oneself as well. I had so many poems that I had written about mental illness and trauma, and it felt like they all went so well together, as if each one had shards of glass that complimented the shards of glass in the other pieces. They created a mosaic for me, and that’s why I pulled them into a collection. Healing Old Wounds With New Stitches was created after my uncle died from a brain tumor. My grandfather had died when I was a lot younger so I didn’t experience as much loss or understanding of that kind of loss associated with death until my uncle died. I saw my family grieving and felt like I had no idea what to do, so I wrote and wrote out poems non-stop that focused on things like death, grief, pain, mental illness, abortion, miscarriages, and then I wrote poems about how to recover from those things. I wanted to bridge that divide between loss and recovery.

Your poem ‘The Planetarium of Anxiety’ is so powerful and relatable. Could you tell us more about it?

I’ve struggled with anxiety for a great deal of my life, but had never written a piece about what it was like for someone to be in a relationship with someone who has anxiety. I had to imagine what that might feel like, to be dating that person, or to have a friendship with them, and to know that they might be crushed by panic at any moment without warning. I had to think about how that might feel like a burden to both parties, and write the piece in a way that revealed that it’s not a burden to date someone who struggles, that both parties can ultimately love and grow and learn together from whatever one of them is dealing with. When I was starting the poem I had a flashback to the moon and stars units we did at my elementary school, and how one time we visited some sort of planetarium or dome that had stars at the top and would spill light down onto the floor and along the walls in the shape of constellations. It was such a calming experience, honestly like being, forgive my pun, in another universe. And I started thinking that maybe that kind of experience would be calming for someone else with anxiety too, and wrote the piece based on that thought.

You’ve written prose and poetry on a wide spectrum of topics. What has the general response been to your powerful, evocative writings?

Most of the responses have been very positive. I rarely receive negative responses to my writing, except for a few people who have pointed out that I too often reuse some of the same objects or imagery in my pieces, which is certainly true and something I’m trying to work on to this day.
One of the most common responses to my writing is that it makes people feel less alone, especially when it comes to issues of mental illness, most commonly depression. Oftentimes when I write about issues related to relationships or the violence that women have to deal with,

I’ll have women message me to say they thought nothing like this ever happened to anyone else but them, and that they had no idea it was so common. I’ve had a few men thank me for writing about violence against women, which meant a lot. The most heartwarming and gratitude-evoking response to my writing is that I’ve had numerous people tell me a certain piece I’ve created has saved their lives. That is the ultimate power of poetry, and I am always astonished and grateful when that happens.

As one can see from your website ‘Writings for Winter’ you post your poetry and prose very frequently. Do you ever have to deal with writer’s block? If so, how do you usually overcome it?

I’m actually currently struggling with writer’s block. I’d say I’ve been struggling with it for several months now. For me, it either comes in the form of having difficulty brainstorming a topic to write about, or finding a topic but struggling to write about it. It typically really helps me to read several poems by other authors and to write down objects, phrases, or images from those poems that I find beautiful or evocative. For example, a particular author I love uses fruit imagery quite a bit in her work, so I made notes of that and tried to incorporate it into my own writing, which jumpstarted ideas for me and allowed me to write again. Of course it’s necessary to maintain the line between incorporating imagery you’ve seen in others’ work and not stealing that imagery. But that’s a creative process too. Overall, just taking time away from forcing myself to write and just reading instead always helps tremendously.

How would you say your writing ties in with empathy?

Whenever I write about something, I have empathy for that something. I will never, ever, ever, and could never, write about a topic I don’t have empathy for. If I’m writing about suicide, you’d better bet I’m writing because I have empathy for individuals who have attempted suicide, or individuals who have experienced the suicide of a loved one. Nikki Giovanni once wrote that “Writers don’t write from experience; writers write from empathy.” That has always been one of my writing mottos. I cannot in good faith allow myself to write about something that I cannot sympathize with. I’ve had people ask me to write poems about certain topics that I’ve had to turn down because I was unable to empathize with those topics or situations – for example, someone once asked me to write a piece from the perspective of an abuser. I have no sympathy for abusers, and never will. So I turned them down. I think writing from empathy has strangely made me even more empathic, because if I’m writing about a topic I have empathy for but have not personally experienced, such as anorexia, I need to do the research and the work to understand that issue and how it feels for people who have experienced it.

Which woman, either real-life or fictional, do you admire the most? Why?

That’s a difficult question. I’d have to go with Jeanann Verlee. Not only is she an astounding poet, but from what I can tell and what I’ve heard, she’s an astounding human being as well. I remember the first and only time I saw her perform live, and chills went down my spine at the end of almost every poem. That’s how I know a poem is good. When it gets you at the end. It’s clear she’s been through a great deal of trauma. So much of what she writes about is filled with knives, bloodhounds, men who hit and scream and lurk, miscarriages, leaving, loss, how fear smells. And still she writes, and still she stands. I want to be like that.

You recently gave a presentation on how certain colleges don’t adequately support victims of sexual violence (Wow!). How did it go?

Thank you! It went quite well. I was terrified for that presentation. I lived through my college not adequately supporting me as a survivor of rape perpetrated by another student at my college. I lived through them not only not supporting me, but actively harming me as well. I lost so much respect for certain administration members at my college because of the way I was treated, and because of the ways they chose to protect my rapist over me. That was the worst time of my life, and I will never be able to fully get over that. You can’t get over something like that. Standing up there in front of a large crowd of people, telling them what colleges should and shouldn’t do when it comes to engaging with a student survivor, felt like me getting back a little piece of the autonomy I lost several years ago. It felt like some sort of vindication, that my voice mattered after all. I’m not sure what the impact was like for the audience. But what’s most important is that I was heard, and that I know there were people in that crowd who also went through what I went through, and that they could hear me tell them it wasn’t okay, that they were treated that way, that they were so let down by an institution and people that were supposed to protect them.

Ten years down the line, I hope to still be writing and publishing poems, both in journals and in my own collections. I hope to still be working to support and advocate for survivors of sexual and domestic violence, and I hope to still get that same feeling in my gut whenever I read something so beautiful it makes my heart hurt. I want to work with people who suffer from substance abuse as well, for personal reasons. These may seem like vague ideas, but I hope they’ll still be realized ten years from now.

Ten years ago, I probably didn’t even know what substance abuse was, or what the dynamics of sexual violence and domestic violence are like. I wasn’t even writing poems ten years ago, and writing certainly wasn’t on my radar. I was more into painting and drawing back then, and I remember at one point wanting to become a painter when I was older, or a firefighter. It’s hard for me to give a good answer to this question because that was just so long ago. That’s something that always saddens me, that memory is so fragile. It goes just like that.

If you could give a few words of advice to any young girl across the globe, what would they be?

If you’re not being treated in the way you think you should be, tell them. You’re not a bitch. You’re doing yourself a favor. 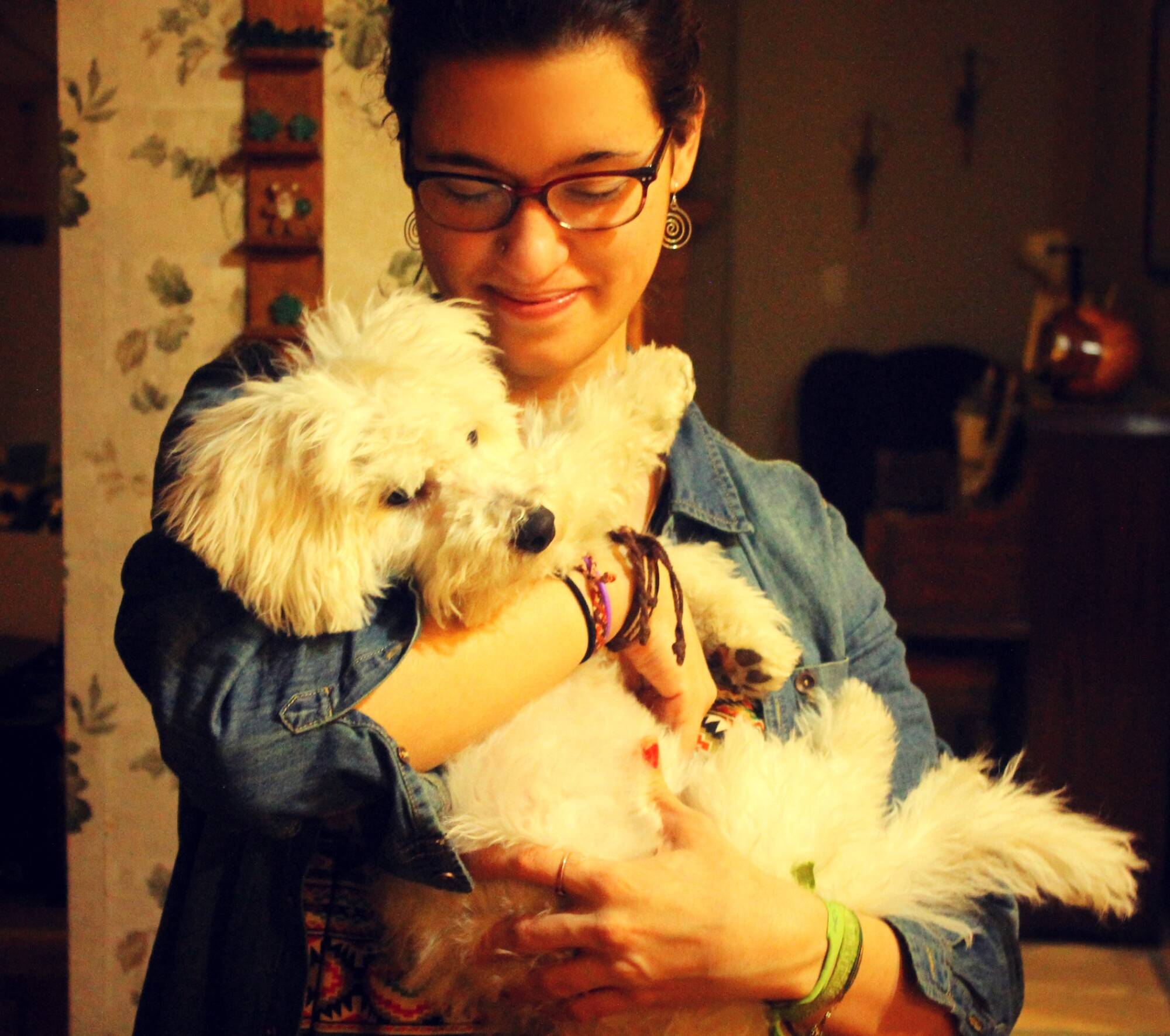