Review by Lachean Humphries // This book is a testament to the power of mixing nonfiction and fiction. The ideas are eerily real, fleshed out through a nightmare-like story. 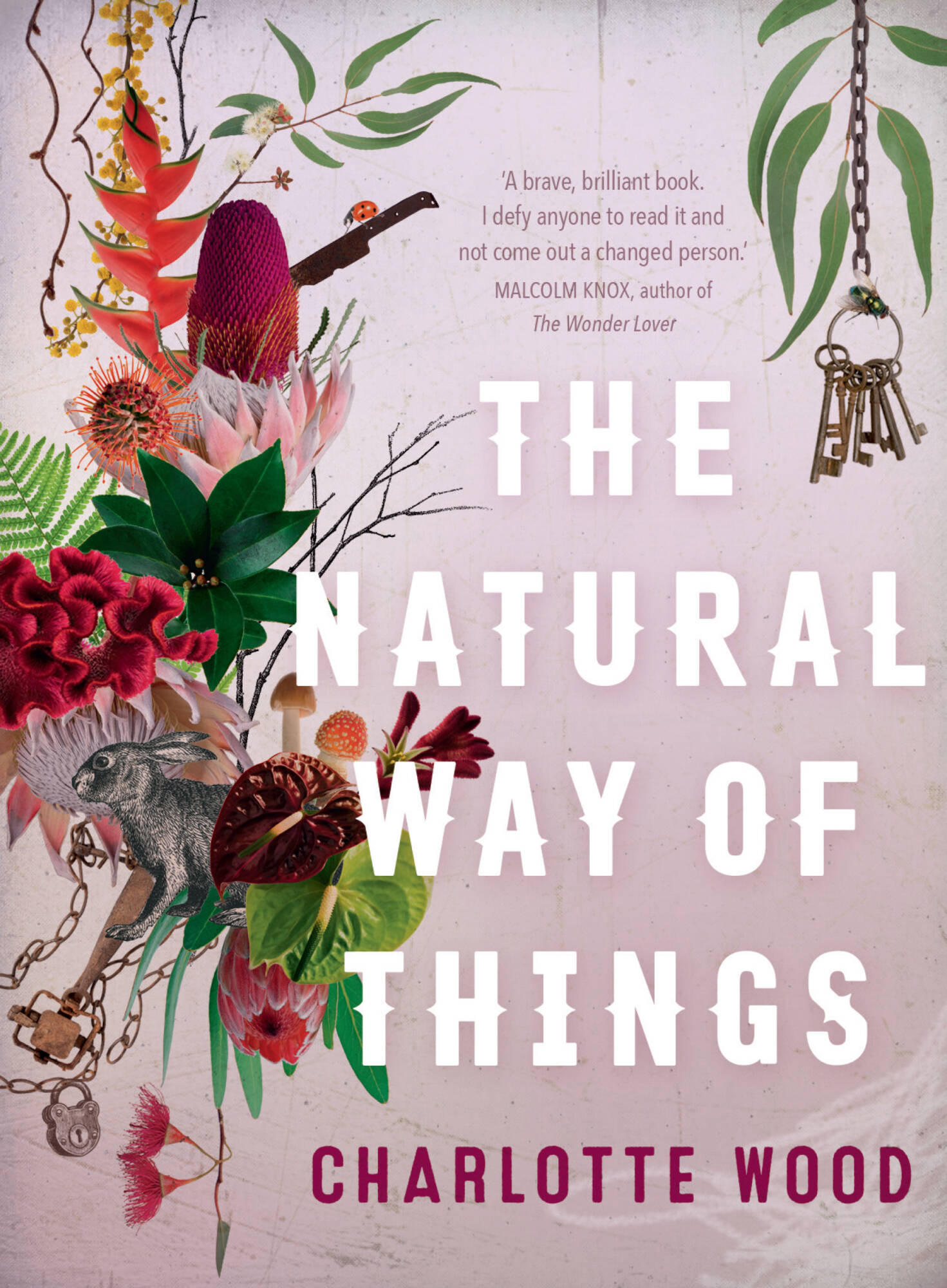 The beginning of this book is terrifying. Ten women wake up; they don’t know where they are. These young women, targeted for an assortment of media-inflated sex scandals, have been kidnapped and taken to a remote location, where they will be terrorised by two blundering, menacing, and ham-handed guards. We are first introduced to one of the protagonists, Yolanda, who wakes in a drug-induced haze. “She got out of the bed and felt gritty boards beneath her feet. There was the coarse unfamiliar fabric of a nightdress on her skin. Who had put this on her?”

Charlotte Woods’ fifth novel is grotesque and thought provoking in equal parts, constantly making you want to put it down and keep reading simultaneously. It’s loosely based on a true story from 50 years ago, when a group of girls were transported from a child-welfare institution, Parramatta Girls Home, to a rural location near the small New South Wales town, Hay, where they were treated like criminals. Woods’ narrative also plays on recent news stories—take the sports team sex scandal, or the rising entertainment star being sexually exploited and vilified. We’re never, however, explicitly privy to the details of the girls’ past scandals. It’s an overtly feminist narrative, and a scintillating commentary on misogyny that’s been likened to Margaret Atwood’s The Handmaid’s Tale.

The hostile landscape—appearing to be some kind of abandoned sheep station—is exacerbated by Woods’ astute use of description. We see similar adjectives used throughout: barefoot, muddy, dirty, dog-like, dead, stupid, bloody, greasy, stiff, staring. The longer we go, along with the characters, in living in this prison, the more the friction between power and degradation builds. The familiar trope of woman-on-woman competition is prevalent. Many hate each other; they would betray each other. Then all the men that we meet, or who are alluded to, are vile. They power trip and bully. Yet they are still loved; their attention still coveted by the women.

In this landscape, there are women who crumble and women who start to thrive, and each woman brings something different to the story. Yolanda is strong, rogue, reclusive, and animalistic, “a creature moving as she should, held to the earth with purpose and gravity, laboring in the work of birth out in the darkening fields beneath the raining sky.” These words—

creature, earth, labour, birth, darkness—paint many of Woods’ sentences throughout, tying the characters’ experiences to raw humanity, and especially motherhood.

Yolanda offers a resistance to the patriarchal prison torture. Thanks to her, the sneering guard Boncer becomes in some ways pitiable: a sad, pathetic man, sucked into the lure of power and spat out the other side of it. “He yanked hard on the leash, but Yolanda leaned back with her own force, refused to yield. How drab his grey malnourished skin, how spare the hairs in his mousy moustache, how pathetic his unanswered dating profile, his ugly little neck chain.”

Yet Boncer retains power through his relationships with the other women. Take the subservient, and somewhat senseless, Hetty:

“He sees Hetty’s chin tucked under, resting on the doll’s head, and the lover’s tenderness laps over him again. He puts a hand out to Hetty, stroking her head like a puppy’s. She is always beside him now, Ransom clasped to her or slung across her body like a grubby satchel, limp sock-arm pinned to dingy foot, as Hetty walks. At mealtimes, it is either sat stiffly in her lap, so she has to reach around it to eat, or has its own chair drawn up. Sometimes Hetty jounces it in her arms like a real baby.”

It is scenes like this that have a gross, quasi-family feel. But then Woods’ description of the doll as “it”, “stiff”, and like a “grubby satchel”, remind us that it is dead and lifeless, like the idea of a real baby is being dragged around. Boncer “stroking [Hetty’s] head like a dog” is another jolt in the family structure. Earlier she’s described as Boncer’s “new pet”. The family here is a total parody.

The book continually returns to the motifs of food and birth, and from here are mingled the ideas of sex and blood, hierarchy, and survival. These things are the raw and essential lifeblood of women—and so, of reproduction and humanity at large.

This book is a testament to the power of mixing nonfiction and fiction. The ideas are eerily real, fleshed out through a nightmare-like story. The concept for the novel is strong and it’s inarguably a powerful, brave book. But somehow I felt like the epiphany, the light-bulb moment, the thing that was going to tie all these ideas together was always just around the corner—and still was when I finished reading. That said, Charlotte Wood expertly addresses and inspires some big questions around gender and sexuality, power and control, and what it means to be female vs. feminine.