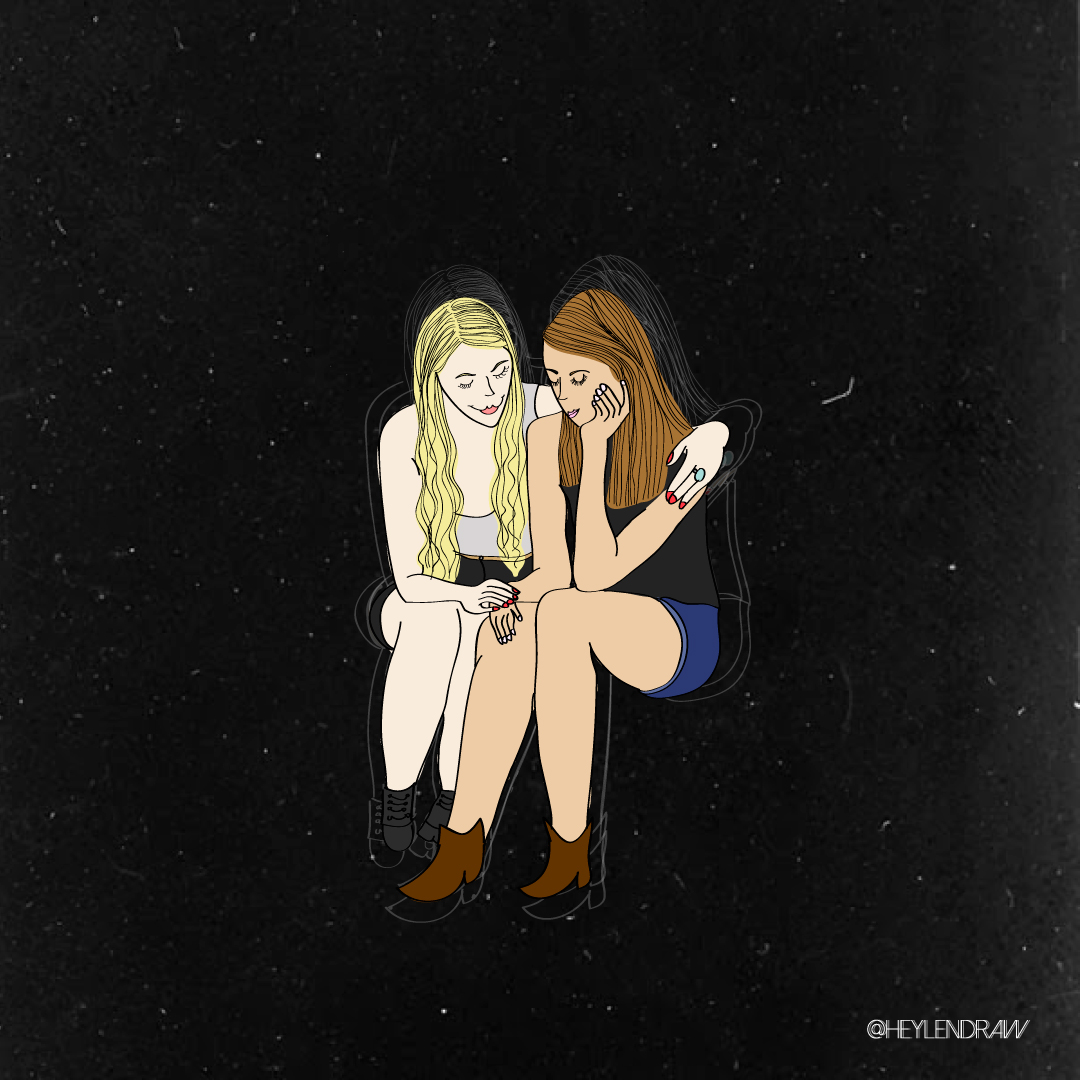 Like a lot of other boys and girls, I was wounded in my early childhood. I don’t remember the exact nature of the wounds or how they came to pass, although the names of those who hurt me accidentally will stay with me forever, just like the bruises I was left with. Since then, I’ve accumulated a patchwork of other scars grafted over the old ones to try and hide — or disguise — the damage.

The point is, I was hurt.

One day, a long time ago, someone nudged me a little too far, and I got cracked.

And then the cracks got fired in.

That’s the nature of the pain you can’t see. It’s composed of a hundred insignificant little hurts — a sharp word where a soft one was needed, an empty seat in an auditorium, or maybe the disinterested, dissuading speech in the back of a car that follows — but nothing so cruel it takes your breath away. Like the dents in your shins you get from stumbling against playground equipment or pulled-out chairs, it simply accumulates.

My traditional Chinese parents taught me to keep what had hurt me to myself. I don’t blame them. In Chinese culture, being unable to control the one thing you have dominion over (your mind) is equatable to weakness. Still, the particular way in which I was hurting —namely, the soul-sapping belief that my worth was directly equated to the number on a scale — was difficult to carry alone. In response to my parents’ silences and disinterest, I walled myself up. Whenever anyone required my support be it my parents or anyone else, I looked at all the ways in which I had been denied the support I needed and told myself: you do not need to be a part of this. You are still recovering, and they did not do the same for you. You are entitled to be selfish. You are entitled to save yourself first.

Then, in late January this year, a colleague of mine killed himself. I say colleague: he was really just a boy I’d spent some time with on a grad program, and who I’d occasionally had a laugh with.

We received the news the day of the Bourke St Mall tragedy when most of our co-workers had already quietly packed up and left; and in that empty office, the news of his death felt like one more thing falling into place.

We had spoken about his depression once before. It was the second-to-last time I’d see him alive: he’d delivered the news like a joke, and I’d laughed. And it’s this that I circle back to when I think of what’s occurred and the question it brings to mind: of whether I had thought so much of my pain, that I’d failed to consider what his might have been like as well. (And it’s this that I cried about, in the meeting room in which I learnt the news; not the fact that he had passed, but the fact that there was a crush of stricken faces and the lull-soft murmur of ‘it’s okay it’s okay it’s okay’ all around, when all I had ever thought of was myself.)

It’s scary to get involved in someone else’s pain. There’s too much risk involved; too great a chance of collateral damage. You might end up ripping your stitches for someone who won’t return the favour. Better to carry your hurts with you like bricks, which you can erect around you like walls. Better that way, too, for if someone asks you to shoulder the weight — even for just a little while — you can gesture to everything you’re carrying and say, ‘why would you ask me?’

There’s never been a formal support club for Broken Things, after all.

We are a lot of work. We demand attention and care which we selfishly hoard; and then, in our fashion, twist things inwards and outwards so that they are ill-intentioned, or never enough. We grow used to not being fed. We lick our own stitches instead.

But I’ve been thinking.

I want to be brave enough to try and push the bricks out of my walls; to wave someone over and to say, ‘can you help me with this? Maybe I can help you with yours.’

I worry often that it it too easy for us to hide in these fortresses we’ve constructed otherwise, where everything hurts and nothing hurts at all. Or that we think we’re better off that way.

The past won’t change. I know that much. But a few weeks after my colleague’s death, I took myself and a girlfriend to a park in between our two homes. It was one of those soft summer days — white noise orchestra of cicadas; yellow warmth like a rug around one’s shoulders — and I wanted to sit somewhere quiet, eat buttered scones, and think of nothing but the film we were about to see. But upon meeting my friend, it became clear this was unlikely: she came to meet me raw-nerved and red-eyed, her jaw a perfect line of tension, the cause of which I did not understand.

For a moment, I considered simply not asking. I was still raw myself; I did not know whether I could take on her needs as well. Still, I asked. Her grandmother had been getting sicker by the day, it turned out, and the pressures of medical bills and hospital visits had ignited old tensions within the family.

“It’s a lot, I know. I’m sorry to unload on you,” She said, once she had finished. Then, almost if it was an afterthought she didn’t often use, she added: “Thank you for listening.”

“That’s what I’m here for,” I said. My heart felt a little less heavy by comparison.

Viv Mah is the Social Media Director of Ramona Magazine for Girls. She is an RMIT journalism graduate who’s written for the Business Spectator, Canberra Times, Express Media and Movie Mezzanine among others. Viv has dabbled in literary agent-ing, theatre-interning, and product copywriting, but these days works as a financial communications assistant in the CBD. In her spare time, she loves practicing pilates, experimenting in the kitchen, circus arts and practicing self-love .