Interview of Astrid Hickey by Freya Bennett // I think girls have the power to change a lot in this world, if we seize opportunities. I’m grateful for the life I have today, and how many of the opportunities and rights I have today are a result of the determination and courage of many different women throughout history. 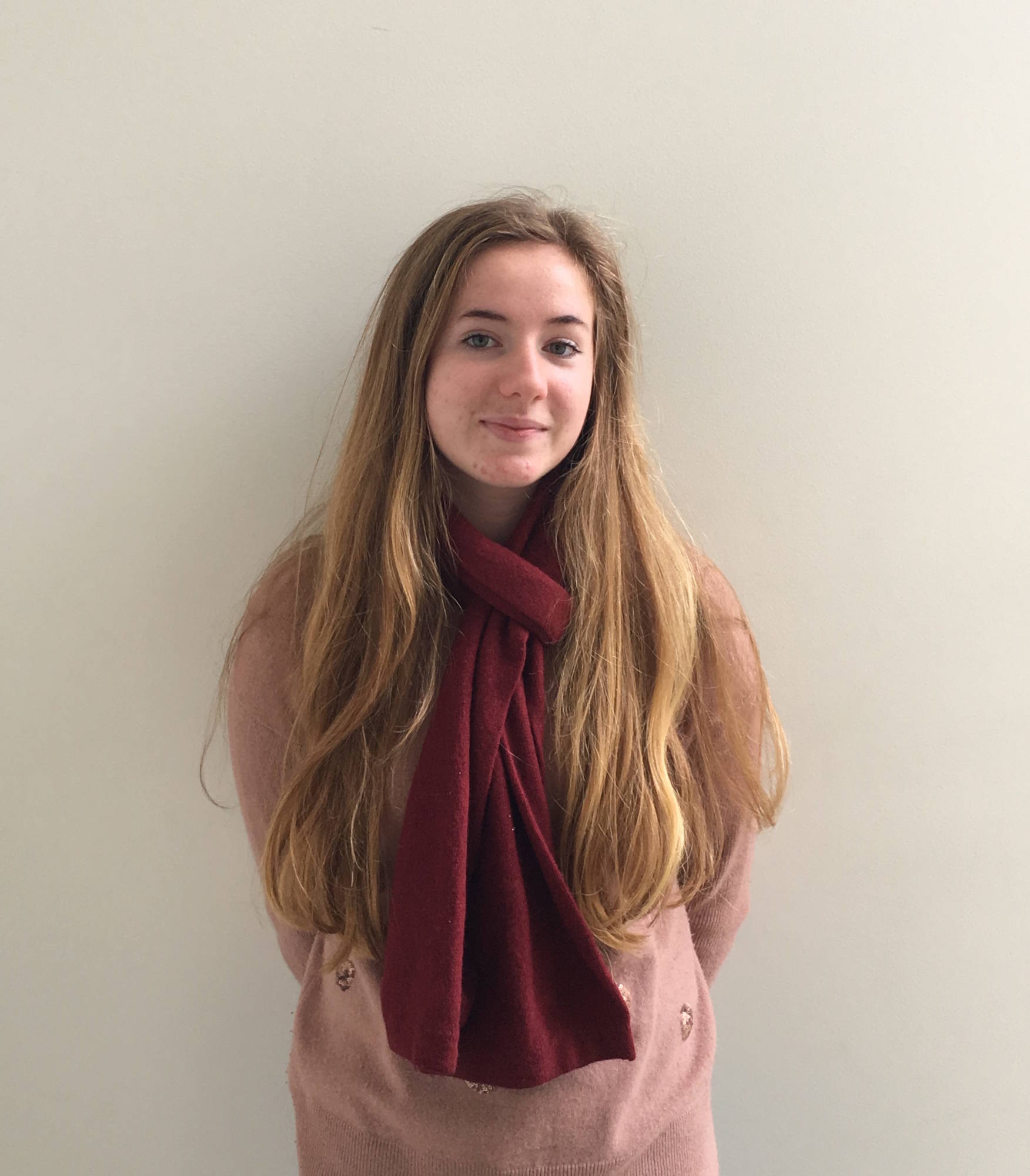 Hey Astrid, How are you?
Splendid!

I live with my mum, my sister, a cat and a rabbit. One of my favourite things to do is read, particularly outside under a tree. I also loving cooking and travelling. My dad’s from NZ so I really love going there, it’s so laid-back and scenic. I also play the cello, but I’m thinking of switching to piano soon to expand my musical repertoire.

Tell us a bit about your goals and aspirations:

Once I leave uni I’d like to work for an NGO, probably overseas. Later on I want to do diplomacy work for Australia, I think working in different consulates overseas would be really exciting. I also want to learn another language (probably French, it’s what I’m studying at the moment and it’s spoken in a lot of different places.) And I want to travel as well, particularly to parts of the Middle East and Europe, as I find the history and culture of those regions very interesting. One other thing that’s really important to me is having a place of my own. I’d love to live in an art-deco or heritage apartment somewhere in the inner suburbs of Melbourne, or I might even end up living overseas for my work. I know I’ll have be rich enough to live the dream one day.

Why did you want to do work experience at Ramona?

Because it was recommended to me by a friend, and when she described it to me it seemed like the ideal place, as it writes for girls my age and older, and it is all about feminism and the issues that women face today, topics which I care a lot about.

What do you hope to get out of this week?

I want to learn how a small magazine is run, and also how to piece articles together and improve my writing skills.

What do you want to study at uni?

Finishing university, and hopefully going travelling somewhere with either my sister or some friends. My sister and I have this plan to do Christmas in Japan one year, maybe we’ll do that then.

Who is your heroine?

I have a few, one of them is Clementine Ford. She’s a feminist writer, she’s very fierce and argues very effectively and intelligently. She can easily counter the BS arguments that get spat at her by anti-feminists. I think it’s really important to have women like her in this country who are not afraid to be outspoken and angry about the difficulties women can face throughout their lives.
Another heroine of mine is Nancy Wake. She was born in 1912, she ran away from home when she was 16 and became a journalist and later a courageous resistance fighter in WW2. During her time in the resistance, she was a fiercer fighter than most of the men. What I admire about her is her bravery, and her determination to live her life the way she wanted to, especially radical for a young woman back in those days.

What is your current favourite music artist?

I really like M.I.A., not only because her music sounds really awesome, but also because her themes are political, and are about giving power to those who don’t have it. I also really like listening to Arabic pop and Bollywood.

Can you recommend any books for teen girls?

One book I have really enjoyed recently is ‘Fight Like a Girl’ by Clementine Ford. It might be more suitable to older teenage girls, but she basically talks about most of the aspects of being a woman, and talks about her personal experiences. I really enjoyed it because it enhanced my knowledge of feminism, and because it’s content is so well argued. I think it’s a really important book because it makes it clear that feminism is not a ‘dying cause’ like many moronic people like to say it is, but is in fact still very much alive and relevant, because of course women still suffer from various types of oppression today.

What do you wish you could change about the world?

I want there to be no prejudice against anyone, basically. Everyone should just be allowed to live their lives the way they want to, as long as they are not hurting other people or trying to push their beliefs onto others. I would also like politics to stop getting in the way of important things, like stopping climate change, or allowing people to start a new life.

What do you love about being a girl?

I think girls have the power to change a lot in this world, if we seize opportunities. I’m grateful for the life I have today, and how many of the opportunities and rights I have today are a result of the determination and courage of many different women throughout history.

What do you think is hard?

Being a teenage girl is hard. I don’t really get involved in any of the competitive, snitty stuff at school, as I’m rather quiet and have a small group of friends. Despite this, it still disturbs me to think that many girls think they are not good enough, and feel they need to constantly prove themselves or change themselves to fit the mould that girls are supposed to fit into.

If you could have a superpower, what would it be?

The ability to grow plants and trees straight out of the ground, because the more of them there are in the world the better. Invisibility would also be pretty cool.

Any final words of advice?

Even though it can be difficult, don’t let other people think that you are not good enough. Just follow your own path.