Interview of Jacinta Gonzalez by Alice Fairweather // I always think it’s so interesting because when I was young I rejected being a woman, because I wanted to be more like my brothers. But then when I got older I completely switched, and I just thought ‘I’m fucking awesome for being a woman and I’m going to embrace it’, and finally I have! 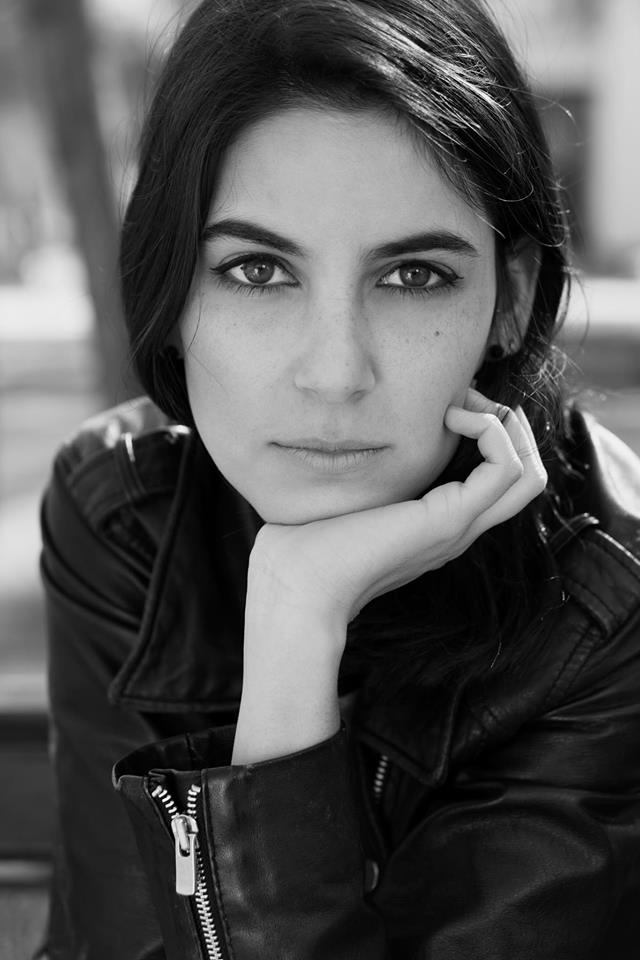 Wow, I have no idea right now! I guess wherever my mum and my dog are, that would be my home! I come from Chile, but I’ve just always felt kind of awkward in that society, not always comfortable, so that’s why I’ve been looking for another one, and I found Australia!

So why did you chose Australia?

I wanted a change of scene; I wanted a place that was more open and less sexist. It’s just that in Chile, we’re naturally more separated; I mean we have a mountain over our boarder you know? So not only are we at the bottom of the world, we’re also more alienated from other countries. So I decided to come here, and actually it’s freaking awesome!

Could you tell us a little bit about yourself?

Well I’m a designer, a graphic designer who specializes in fashion. I would definitely say that I’m a creative person. But I’m not sure I really know how to describe myself! I’m unusual, and that seems to be global! I’m unusual here, and I’m unusual in Chile. I know the word ‘crazy’ in five languages, so I don’t know if that says something about me as a person…

How did you get involved in graphic design and fashion?

I’ve always been creative and sort of restless with my hands. I’ve just always loved doing things with my hands since I was little. You know how kids love playing with dolls? Well I was making miniature mermaids that were about 1cm high, because I just decided that I loved making small things! I always remember my mum would be ‘what is she doing?’ I’ve also always loved sewing! My mum actually sews, so when I was 15 she enrolled me in my first class and since then I have never stopped! Fashion has always been a way for me to express myself, but the problem is fashion can also be really shallow and fake.

It’s interesting that you can identify certain problems in fashion! How can we fix these problems?

Yes definitely! So something else that you should know about me is that I was a girl’s scout! But it’s different in Chile because we don’t sell cookies, we’re more like ‘nature lovers’; we’re all really hardcore environmentalists. If you were to track down all the girls I did scouts with, I think you would find we’re all trying to do something with that! So that’s why I gave up initially on my fashion dream. For a while I had my dream job in Chile, but I ended up quitting, because what I was doing just wasn’t sustainable or very ethical. So right now, I’m trying to figure out how to be in and create, sustainable fashion, and more importantly if I can bring that to Chile! Can I start this business by myself? Because of this new dream, I really want to get my masters in San Francisco, but I’m not sure if I’ll be able to as I’m actually dyslexic, so it’s a bit tricky!

What is it like for you working with dyslexia?

Well it’s a certain type of dyslexia, but it definitely impacts my writing abilities, so I never think of writing as something I’m good at. But this is also what makes creative practices like calligraphy so interesting to me! I’ve actually been going through this ‘lettering phase’, which for me is quite interesting because it gives me a connection to the writing world, something I never thought would happen!
It’s pretty amazing as this is the first time I’ve expressed myself through written words and text! And now I’m doing all this calligraphy work for different people!
I like to practice sometimes with lyrics from songs, or from sentences that I hear people say. It’s just nice to see that I can finally express myself through this type of creative medium. I’m not sure where it even came from; I mean it kind of originated here in Australia!

Do you think it’s important to be creative?

I’ve always been quite insecure as a person, so I don’t really do this type of work because I necessarily want to, it’s that I can’t help it! It feels as if there are all these thoughts in my brain, and in order to understand everything that’s going on in there and get them out, I have to draw it or make it! And then I move on to the next thing! Actually, my best friend and I have a list of obnoxious and stupid things that guys have said to us in the past, and we always have this joke that we’re going to make these phrases into t-shirts. And obviously these t-shirts would be made ethically!

If time and money were no object, what would be your dream career?

Without any limitations, I would do my masters degree in sustainable fashion, and would either work for this amazing sustainable fashion label ‘Reformation’ (which I have recently discovered). Or alternatively I would like to start my own brand with sustainable boundaries. There’s just so much stuff that I’m still ignorant about and I want to change that! I also don’t really like it when people so regularly throw away their clothes. I’ve never understood that because when I buy something that I love, I try and keep using it for as long as I can. I don’t like the idea that something can ‘go out of fashion’, and because of that I never try to follow certain trends in that way. So I guess it’s also that disposable part of fashion that I want to fix, and the way that we produce things. Fashion is amazing, but it also has its ugly side that I think people can ignore, and pretend doesn’t exist.

What makes you proud to be a woman?

Wow. I literally have no idea! I talk to all these feminists here in Melbourne, and they embrace their bodies and they love themselves, and they always seem so empowered! But my relationship with feminism seemed totally rebellious when it first started. I had my dad making these obnoxious, sexist jokes at home when I was young, and I have three older brothers and one sister. So it kind of divided the family between the two of us, because half the family would find the jokes funny, whereas the other half would hate it! So I guess, I’m proud to be a woman because I’m feisty and I don’t like being oppressed! I never liked that my brothers could run around and I was suppose to ‘be a lady’. Actually when I was five, I said I didn’t want to be a woman anymore, because I didn’t want to stay home and wash the dishes. And that’s the thing, I’m never going to belong to that stereotype, I’m just crazy and different! But unfortunately that idea still very much exists within Chile. So I guess what I really love about being a woman is that I love being sensual, I love the use of language, and I love being connected to my body. And I just love expressing myself through all of that! I always think it’s so interesting because when I was young I rejected being a woman, because I wanted to be more like my brothers. But then when I got older I completely switched, and I just thought ‘I’m fucking awesome for being a woman and I’m going to embrace it’, and finally I have!

What do you think the biggest obstacle facing women today is?

There was a protest called ‘No hay mujer menos’ which means roughly ‘no female less’. And the rally started after this girl in Argentina was beaten to death, and another who was raped and left to die. So there had just been a lot of outrage from women throughout South America, where we were starting to speak up.
But what really stood out for me was that I was harassed on my way to the protest, and then coming back from the protest. And for me I was like, you guys just don’t get it? You really don’t get it? This is why we are protesting! If for example, I want to walk down the street naked, that’s my business but you don’t need to act out on it! That attitude needs to change, and so that’s why I speak up and call people out when they act inappropriately.

There are just so many things! I think inequality and education first and foremost because I think that’s a boundary for everything. I mean in Australia it’s so clear that knowledge is power and it’s so important! So I just think that if we all have same knowledge, we have the power to change things, and through that power we can address everything else going wrong in the world! 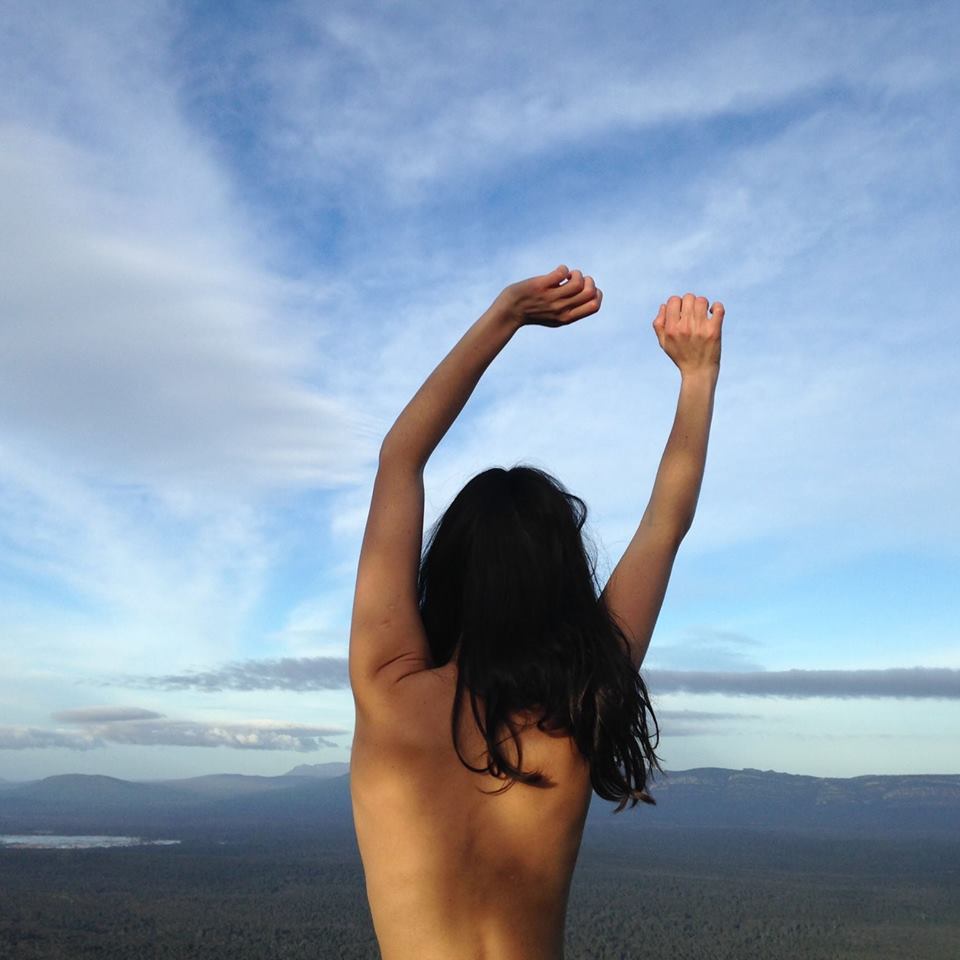 You can catch the latest and greatest from the creative mind of Jacinta Gonzalez on her Instagram and at her website.