Interview of Bonnie Scott by Alice Fairweather // We are all united in continuing to ensure that our sisters, our daughters and our granddaughters will have a better future. I am so proud when I think back on the history of what we’ve had to fight for, and what we’re still fighting for today. 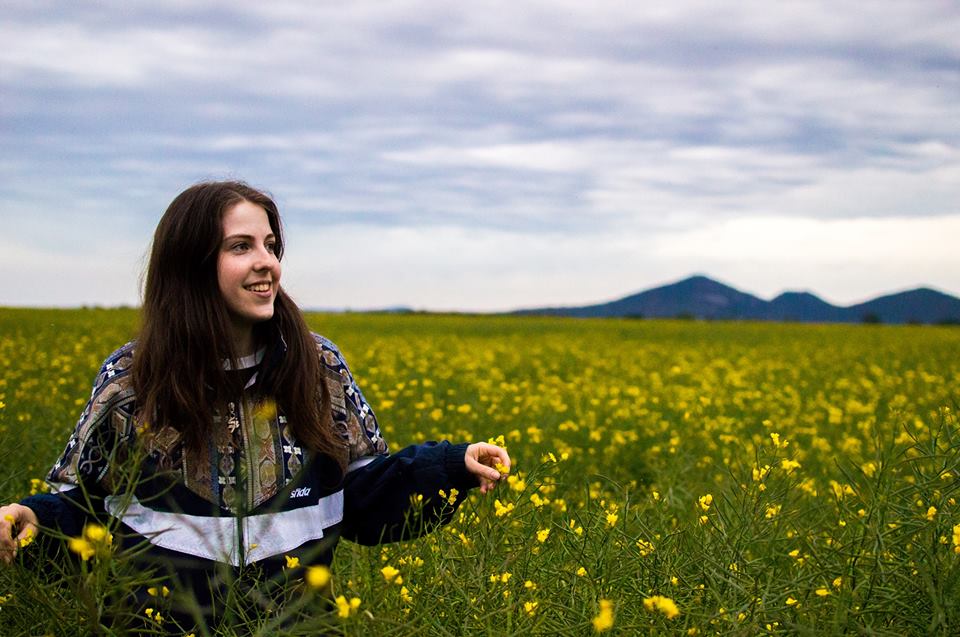 Hi Bonnie, where do you call home?

Well, I currently call Melbourne home! However, I originally grew up in the town of Alice Springs in Central Australia, and lived there for 18 years. So that’s also very much my home.

Tell us a bit about yourself:

I would like to think that I’m a creative and, relatively quirky person. I think I’m creative in the sense that I like to visualise things in colour, especially when it comes to my projects. I constantly see the world in very vivid colours; I don’t think I can walk down the street without noticing all different types of strong and striking colours. And I think I’m quirky in the sense that I love weirdly specific things! For instance, I have an obsession with pomegranates! I reckon I’ll eat a pomegranate at least once a day! I would also say that I don’t take myself, or others for that matter, too seriously. To sum up my sense of humour and my day-to-day outlook on life, I would say that it’s a mixture of ‘Broad City’ meets ‘Aunty Donna’.

What made you decide to study filmmaking?

I decided to study film because I was doing it in year 11 and 12, and it was getting to a point where I needed to decide on something to study at university.  I was always very set on going to university straight after school! I’ve sort of always made videos, right from when I could get my hands on mum and dad’s video camera. And from those videos that I use to make, I found that people really got a kick out of them. So I thought why not? I think that was the biggest appeal for me, was to go out and create content that would affect people. Whether it made them happy or sad, but affect them nonetheless in whatever way. That was a huge draw for me, to be able to create and educate people through the medium of film.

If money and time were no object, what would your dream career be?

I would be on a set, and I would either be producing, directing, or doing cinematography, for art house films. Definitely pumping lots of resources, and all my creativity into making good, quality content for our screens! I think if I weren’t doing that, I would ideally love to travel around the world as a documentary maker, and tell other people’s stories.

You also have an incredible eye for photography, what do you love about that medium?

I actually find photography more challenging than film! I think maybe that’s why I like it so much, and why I’m trying to hack into it a bit better these days. I really do love it because to take a good photograph, is really quite hard. To be able to tell a story, or convey a message through a single image is a pretty incredible thing. I love that photography can either be produced from a very constructed and stylized environment, where you’re taking a photo of a very customized setting. Or the complete opposite, where you can just be a fly on the wall, looking in on and capturing that moment. I think you can compare those sorts of differences, and you can find a lot of joy and meaningfulness in both. The really constructed, stylized elements, and the really non-invasive, private moments when no one’s really aware. That’s what I really love!

What makes you proud to be a woman?

I’m proud to be a woman for so many different reasons, oh my god! The first thing that jumps to mind is that I’m proud because I can bring life into this world, and that is something incredibly special! To not be able to produce children if I wanted to, and to not be able to be a mother–I can’t imagine that. I’m so proud that I can be a mother! I’m proud when I look back at the amazing movement that women went through not so long ago, in order for us to have the right to vote, the right to have a safe, legal abortion, and the right to have equal pay just to name a few! I’m proud that still in 2017, we continue to fight for equality. Despite a world that continues to marginalize women, we still keep fighting. We are all united in continuing to ensure that our sisters, our daughters and our granddaughters will have a better future. I am so proud when I think back on the history of what we’ve had to fight for, and what we’re still fighting for today. I’m proud because everyday I wake up and feel empowered by my gender. I feel very free to be a woman.

What do you think is the biggest obstacle facing women today?

I literally think it comes down to the simple examples of inequality, it’s the respect we don’t have of being taken seriously! That’s a huge thing in the industry that I’m getting into (film) women just aren’t taken as seriously. There’s this illusion that a female can’t direct or can’t produce, or even hold a camera as well as a man can. I think you can apply this to so many other careers where women just aren’t being taken seriously in their own role. This ingrained prejudice that society still has, around the illusion that women somehow aren’t as capable as men in whatever job it is they do.

What is the biggest change you’d like to see in the world?

100% equal respect for both men and women in the workforce. I shouldn’t even have to say that! The work that women do and the work that they will continue to do, needs to be recognised in an equal setting. Women need to be paid equally, and they need to be respected equally. It’s also just taking away that element of prejudice that exists in the workforce when hiring women!

What is the best piece of advice you’ve been given?

The best piece of advice I have ever received, came from a close friend who is also in the industry. He told me; never wait around for someone to quick start your career. No ones going to one day walk up to you, and hand you opportunities! You have to work really hard to go out there, and make it happen for yourself. I really took that onboard, and will always remember it. It’s a competitive and hard world out there, so you’ve got to be willing to go and take the opportunities that are waiting for you.

Finally, what is the number one film you would recommend?

Oh god that’s intense! I saw the film ‘Victoria’ by Sebastian Schipper, which goes for 2 hours 20mins, and is a one shot film. I went into that cinema not knowing what it was going to be like, and it absolutely blew my mind. One-take films are really interesting to me, I mean this film is the real deal! They did the whole film in one take, and the production level would have just been so high, and fine-tuned to create something that good. Just to sit there for 2hours and 20mins and see a film in real time, moving around the city of Berlin, it was absolutely insane. So anyone who wants an amazing production, I would recommend this film! If you want to be seriously impressed, go watch it now! 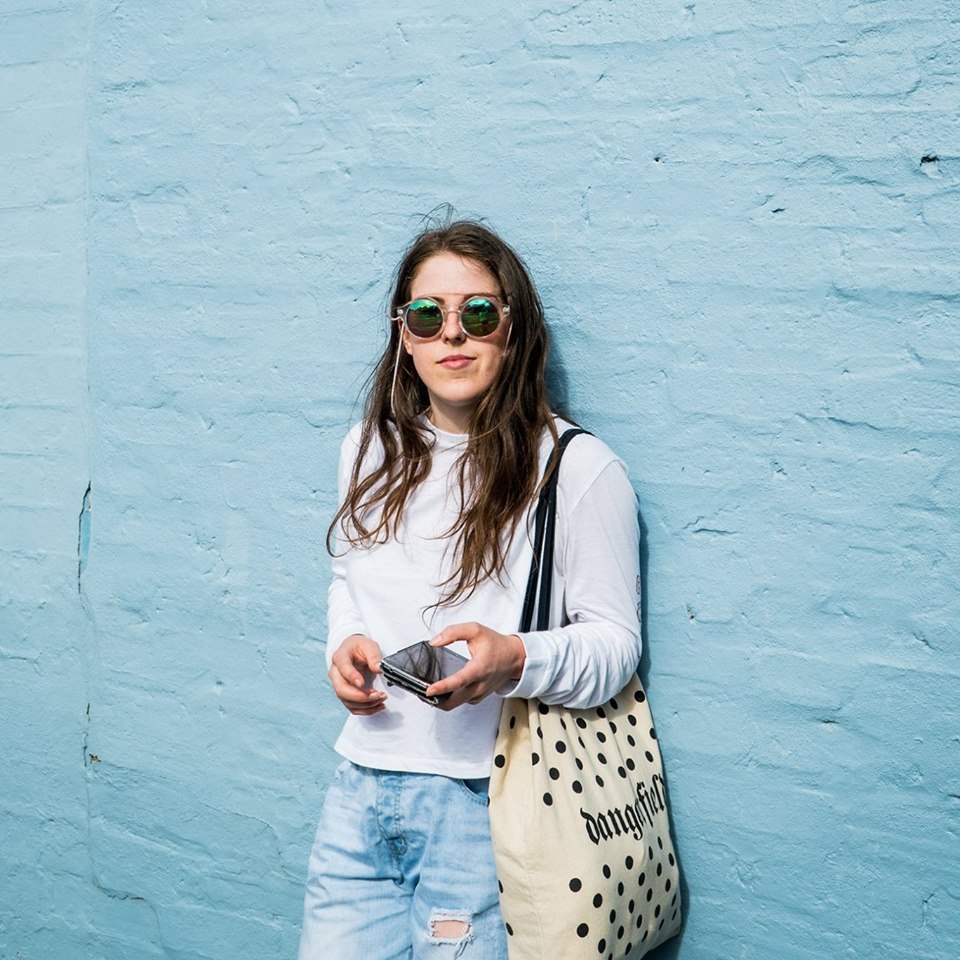 You can catch the latest and greatest from the creative mind of Bonny Scott at: