Writing by Sophie Rose // Photograph by Paolo Barretta // I have no idea where it’s going, but for once, it doesn’t really matter. I’m getting the opportunity to get to know someone again, with a clean slate and also an existing degree of affection and familiarity. 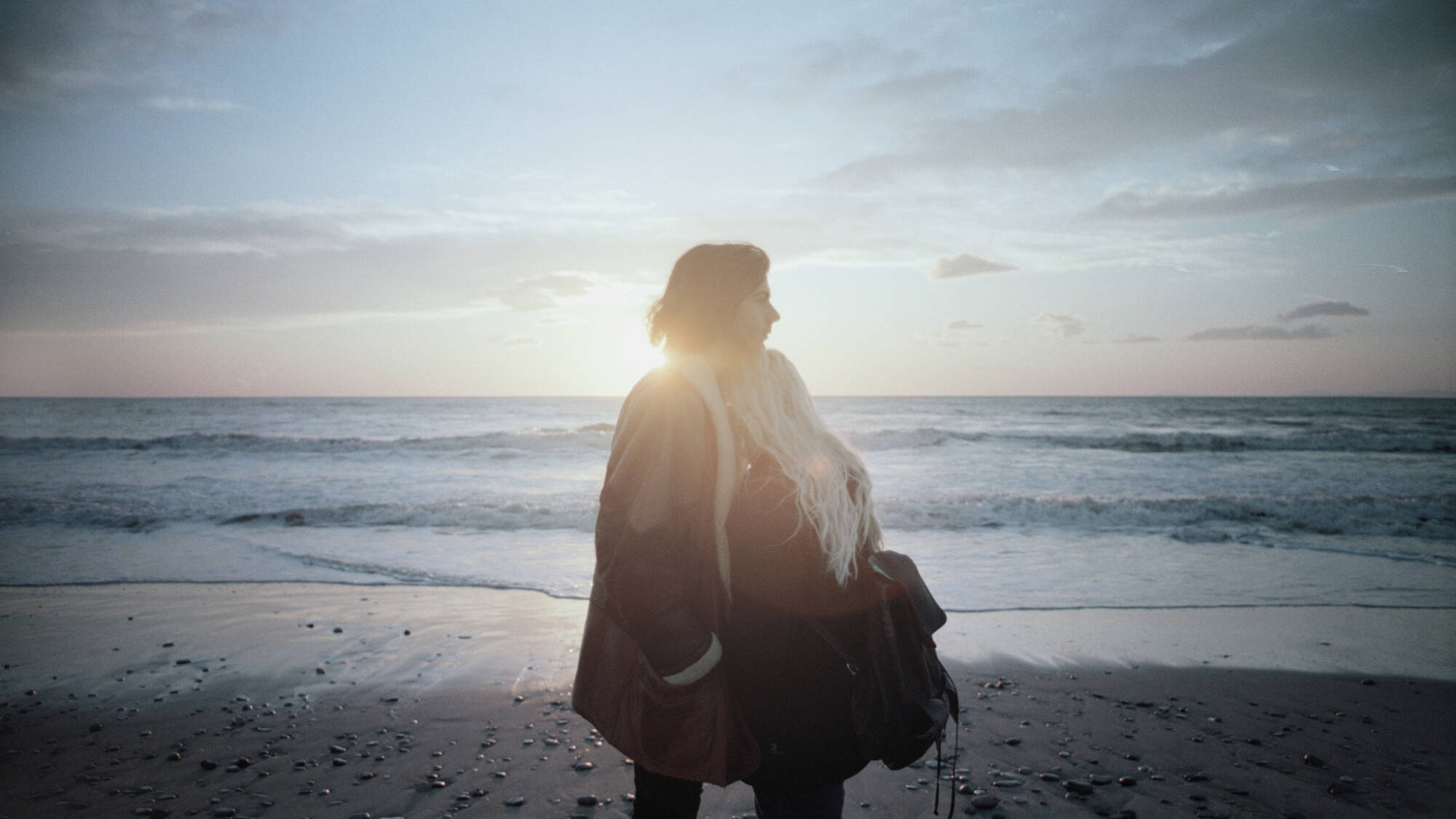 The buzz of traffic. Cobblestones. Butterflies, cautious, gossiping quietly together in that space between my stomach and my chest. Evening sunlight dancing over the Thames.

A tall blond boy. Darkish, caramel blond. A light orange polo shirt. Hazy blue eyes, like the sky after the rain. When he smiled they’d crinkle up, just like mine do.

He was full of energy and ambition and had the mildest Southern drawl. He was a midshipman in the U.S. Navy and we’d known each other for one week. I fell for him hard and fast.

I think we first met with a brief “hey, how are you” at a bar on one of our first nights in town. He was part of four midshipmen who lived in my residence on Holborn St. as we studied at the London School of Economics that summer. That evening of the butterflies he’d asked me to go on a walk.

He was intimidating to me, because he was older, because he was more outgoing than I was, because I found him heartbreakingly handsome. And, honestly, there’s always something sexy and impressive about a man in uniform.

A few nights later we were with friends and went to dinner at Rainforest Café in Piccadilly Circus.  We tried on the animal outfits for sale in the gift shop and then wandered around Shoreditch, dancing, drinking. He put on an impressively-convincing Australian accent when someone asked him for directions. I was a little embarrassed, but mostly charmed. At some point that night, he stopped seeming as intimidating. He started seeming just fascinating and lovely instead.

We went strolling alone in the city the next evening. We were out for hours. He did a massively unsafe backflip off a tall concrete wall and laughed when I called him an idiot for it. He told me about his goals, about his family, about studying at the Naval Academy.

I confided in him that I missed writing, and acting, and singing. We sat under the unmoving London Eye, watching the shiny water babble by, coming up with tales of the river monsters under the surface. I could feel the butterflies waking up again, more zealously this time. That was the first night we kissed.

It was one of those quick, whirlwind summer flings, one of those romances that is romantic because it was never going to be serious. It was the beginning of August. We were leaving London on the 17th of that month.

But he took my breath away. His optimism, his laugh, his confidence, his dimples, the way he made me feel safe.

He liked peanut butter and traveling and most kinds of music. He didn’t watch much television. He was interesting and thoughtful, straightforward and determined. He was like the sun, brilliant, but too bright, too ephemeral to look at for too long.

August slipped away and went back to our respective corners of North America – me to Montreal, Canada and him to Annapolis, Maryland.

We stayed in sporadic touch – he wrote me a song, I sent him letters – but it was hard. We had our own lives, and he would dip in and out of mine with an ease that was a little more agonizing than I think I ever admitted to him.

Three months later I was at my family home in D.C. for my brother’s birthday and I drove to see him. It was a beautiful fall day. A month afterwards, I came back again for the holidays, and we realized we’d both be in Maryland for just one day before he headed home to Arkansas. He told me he’d come see me that day. Something cropped up, and he didn’t come. And I never saw him again.

I thought about him often. I started writing, and acting, and singing again. He showed up in my dreams sometimes. Eventually we lost touch.

That was almost four years ago.

Three weeks ago we fell back into each other’s lives. Not by any extraordinary effort on either of our parts, and not by the convenience of proximity (today, I’m in Toronto, Canada, and he’s in Norfolk, Virginia). It just happened. And it feels good, and sweet, and right.

He’s a lieutenant now. His charisma, his soft accent, his tenacity are all the same, but he’s older, he’s gentler, he’s calmer, he knows what he wants out of life.

For so long my life has been difficult in a way only few others can understand. I’ve battled post-traumatic stress disorder, depression, and anxiety as I’ve lived alone thousands of miles from my family. But just hearing from this man, just seeing his name pop up on my phone, makes me feel lighter in a way nothing else has been able to.

On the second day after we got back in touch, he read the piece I wrote about my assault. The next day I came home to a dozen roses at my door. My heart jumped into my throat.

The smile that spread my full face over lasted for so long that my cheeks started to hurt. He’d had them sent from a nearby florist. I texted him about it, thanking him. He told me simply that it sounded, from my piece, as though I didn’t feel great about myself very often, but that I am special and valued and should feel that way.

He’d hoped that the roses would make me smile. They’d made my whole week.

We still don’t know each other very well, but I want so badly to know him. The time we spend talking is candid and fun and happy for me, and hopefully, for him too. We don’t see eye-to-eye on everything, but we understand each other in a way that pleasantly surprises me.

He told me years ago that he wanted to make music. In two weeks, his first single comes out. I’m crazy proud of him.

We’ve started sending each other letters again. In writing new music he’s come up with some gorgeous, affecting lyrics based off our conversations and my life, which touches me, firmly and warmly. It’s so gratifying to know that someone is listening, that someone cares enough about what I say and who I am to make it into art. Talking to him makes me feel both older and younger at once – the best parts of both.

He’s diplomatic, and balanced, and logical, and cooperative. He’s stubborn, but only because he trusts his gut. He’s got his convictions, but likes hearing different perspectives and he tells me he appreciates that I’m not afraid to tease him; he calls it “putting [him] back in [his] place.” I’m stunned by how much he manages to juggle successfully in his life, even as he does his best to keep everyone happy.

A tall blond boy. Darkish, caramel blond. A light orange polo shirt. Hazy blue eyes, like the sky after the rain. When he smiled they’d crinkle up, just like mine do.

I think that maybe I’m starting to fall in love with him. Things feel more real this time around, and that’s a little weird, because it’s been so long since we’ve actually seen each other. But there’s no doubt something’s happening in my heart.

And it’s all pretty magical. I have no idea where it’s going, but for once, it doesn’t really matter. I’m getting the opportunity to get to know someone again, with a clean slate and also an existing degree of affection and familiarity.

He makes me feel special and I want him to know how unique and extraordinary he is. He means a whole damn lot to me. And I feel so grateful and lucky we found each other again.