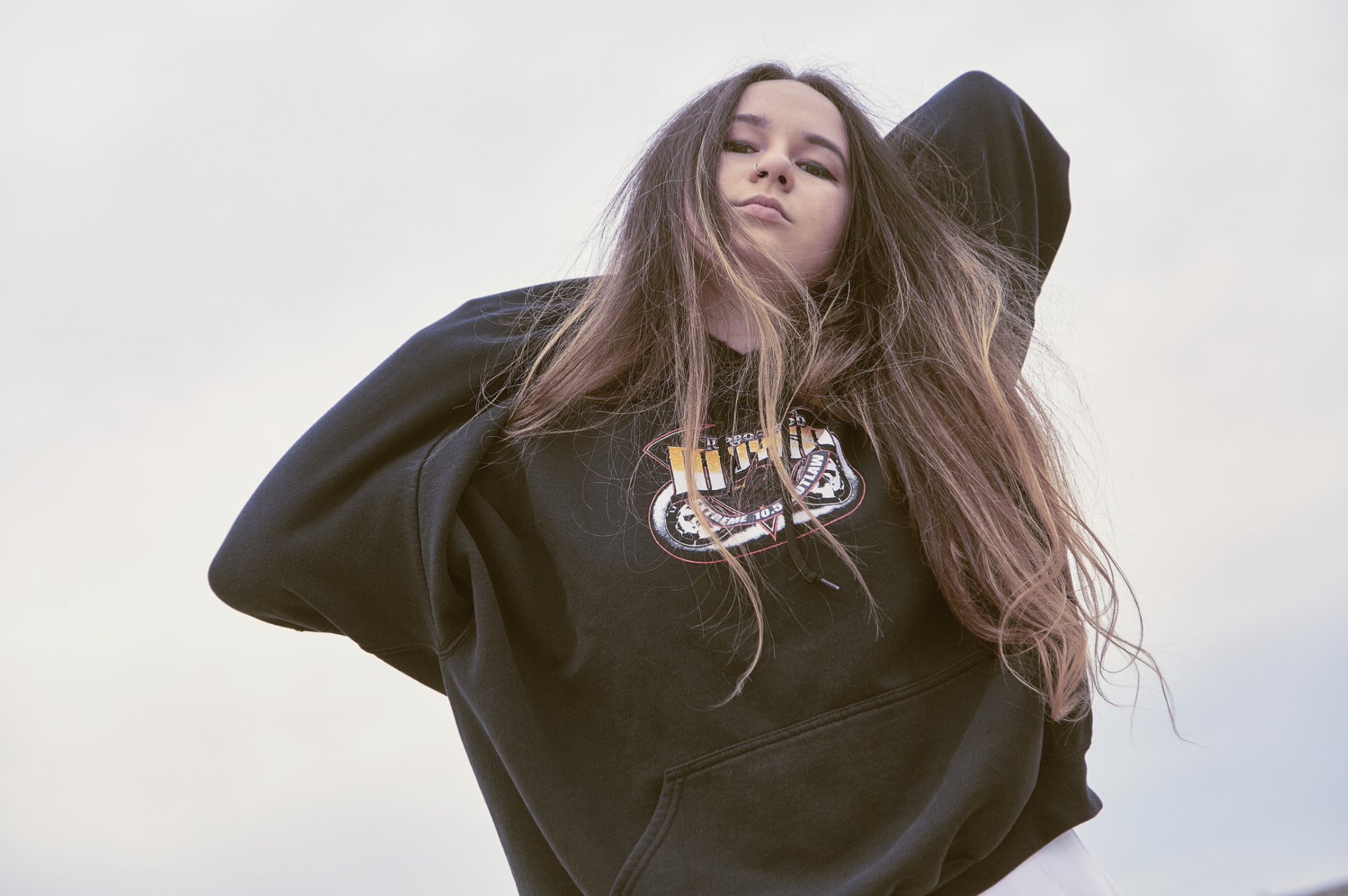 Hey Mallrat! Thanks for taking the time to chat with us; what have you been up to today?

I woke up and had an oat milk latte and then I stopped by the Nettwerk offices to chat and hang before my debut LA show.

You were recently ripping up the stage SXSW; can you give us a bit of a recount of the experience?

It’s a really busy week with lots of different people who make music and/or are involved in the business side of things. I didn’t have as much time to do or see all the things I had planned on, but I found other cool stuff that you wouldn’t expect to see.

What was it like soaking up the festival with some of the other Aussie acts on the bill?

It was really great.  There’s a girl called Stella Donnelly from Australia; she’s one of my favorites.

Urban dictionary defines the term ‘Mallrat’ as the following: 1) A movie directed by Kevin Smith, a comedic genius, and 2) A person who spends their time at the mall for no particular reason. How literal is your stage name?

Somewhat literal. Not necessarily a mall, but I used to hang around shopping centers all the time.

We absolutely love your new singles, Better and UFO –featuring your good friend, Allday; what was it like collaborating with an artist you’ve known for so long?

Thanks. Working with your friends is the best.  I’m very protective of vocals on my songs and he’s one of the only people I would trust to be like, “here do whatever you want.”  I don’t want to ask someone to be on my track then give them all these parameters and rules, I want to be able to completely trust the direction they’re gonna take.  With Allday, I know we’re on the same page so it’s really easy and fun.

At just 19, you’ve built quite a reputation for yourself, both down under and overseas; tell us about your humble beginnings on the Brisbane music scene?

I don’t know if I started on the Brisbane music scene, I would say that I started in Brisbane on the internet.  It was definitely humble.  I’ve been really lucky, and there are so many cool bands from Brisbane, it’s insane.  You should look into The Jungle Giants, Confidence Man, Cub Sport, Moses Gunn Collective, The Creases, Hatchie, Ball Park Music.  They’re all worth checking out.

What can fans expect from your upcoming tour?

I think that my shows have such a lovely energy.  I know energy is such a vague word when you can’t be bothered describing an actual mood, but everyone who comes to my shows is so lovely.

Ok, pretend you’re at a karaoke bar with any artist (past or present); who is it and which song will you duet to?

Cardi B and I don’t know, I’d let her choose.

If you could give a present to your 13 year-old self, what would it be?

I’d tell her to go vegan and give her a vegan recipe book.

What advice can you give to our readers looking to start a career in music?

Mallrat is on tour! For show dates check out her Facebook page HERE and stay tuned for the release of her upcoming EP.